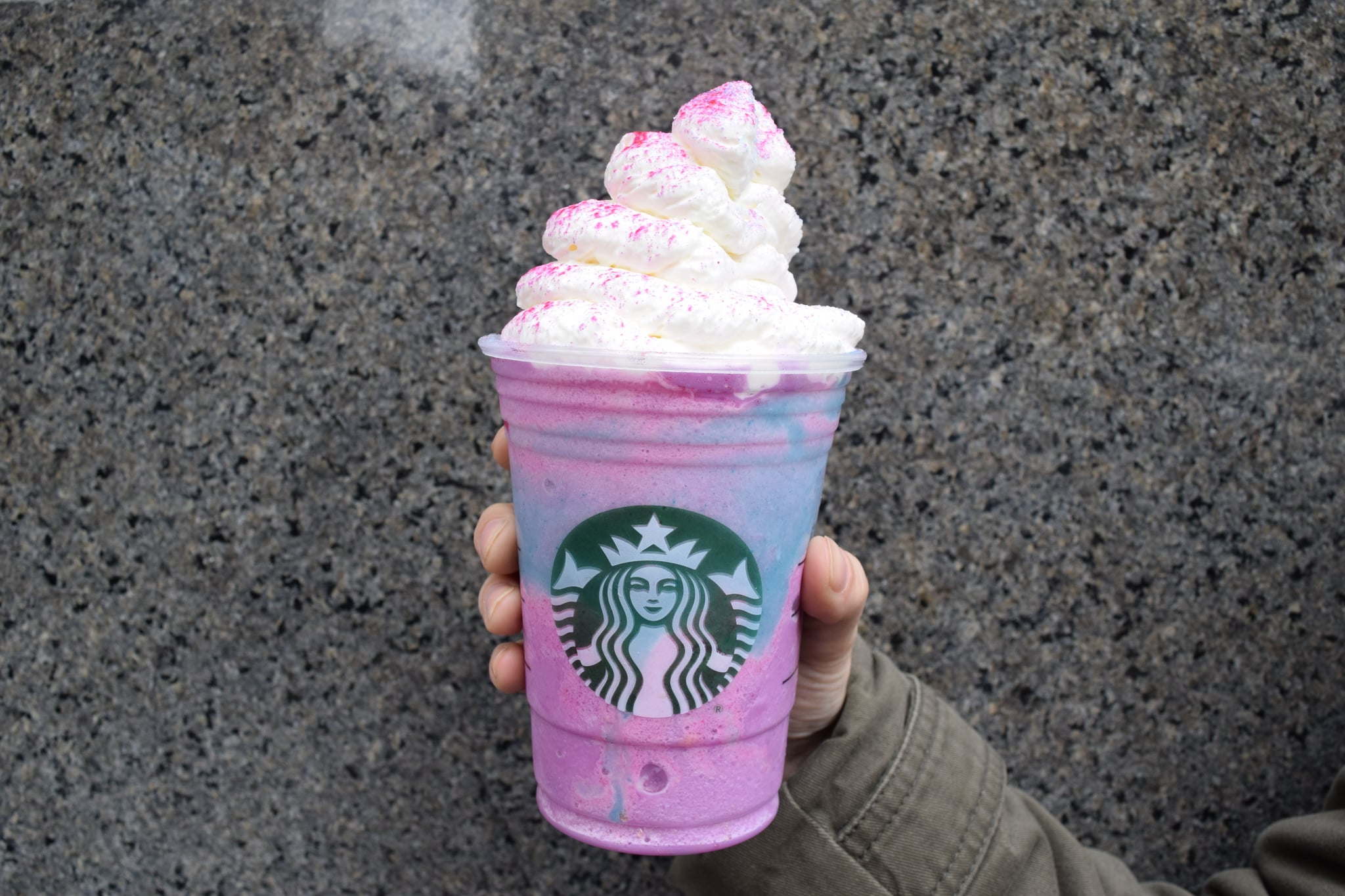 Well, it's official, the Starbucks Unicorn Frappuccino has taken over the world. Maybe you've noticed the inundation of bright-colored drinks on your Instagram feed or even the frickin' Snapchat filter that turns you into a heart-eyed Lisa Frank masterpiece, but this drink is undoubtedly a huge success. How does it taste? Well, the reviews are mixed, but we can all agree that it's incredibly photogenic.

I happened to be in a Starbucks on the day the Unicorn Frappuccino hit stores and all hell broke loose. I was more in the market for a much-needed cappuccino at the time, and while the store was winding down, I happened to hear them talking about a so-called "unicorn challenge." Did they really think that I, a journalist with a passion for FBI-level investigating, would let this one slide? NOPE.

Related:
Starbucks's Unicorn Frappuccino Has a Magical Detail No One Has Talked About Yet!

Starbucks's Unicorn Frappuccino is made with mango syrup, sour blue drizzle, pink powder, sour blue powder, and a whole lot of magic. Because the blue drizzle is so sour (imagine Warheads candy meets Sour Baby Bottle Pop), the employees were consuming the sour blue syrup separately and seeing how long they could bare the sourness for, hence the "challenge."

I'm not going to lie, they sounded way more excited to talk about the challenge itself than when I asked how the hyped-up drink tasted. After I put on my nonexistent FBI jacket, I went into another Starbucks location to see if it was only the unicorn-curious baristas on the Upper East Side who indulged in the challenge, and funnily enough, the employees at the second location had no idea what I was talking about. Maybe the immediate denial was out of fear that I could possibly be a writer and expose their eyebrow-raising behind-the-counter antics, but regardless, it got them talking. (And if that was the case, I'm impressed.) They didn't seem to be too interested in drinking the sour syrup straight up.

The unicorn craze is wreaking havoc on everyone. This one barista went on a huge rant about the insane influx of Unicorn Frappuccino orders that may or may not have caused him a mental breakdown. Baristas, it's only available until April 23 — you got this.

Food News
If You're Not Spiking Your Ice Pops Like This, You're Simply Doing Summer Wrong
by Victoria Messina 3 days ago

Food News
Free Dunkin' For National Nurses Day? Sure! Just Show Your Badge or ID, and Sip Away
by Samantha Brodsky 3 days ago

Food News
Calling All Seniors! Krispy Kreme Is Giving Away Free Doughnuts to the Class of 2021
by Chanel Vargas 3 days ago