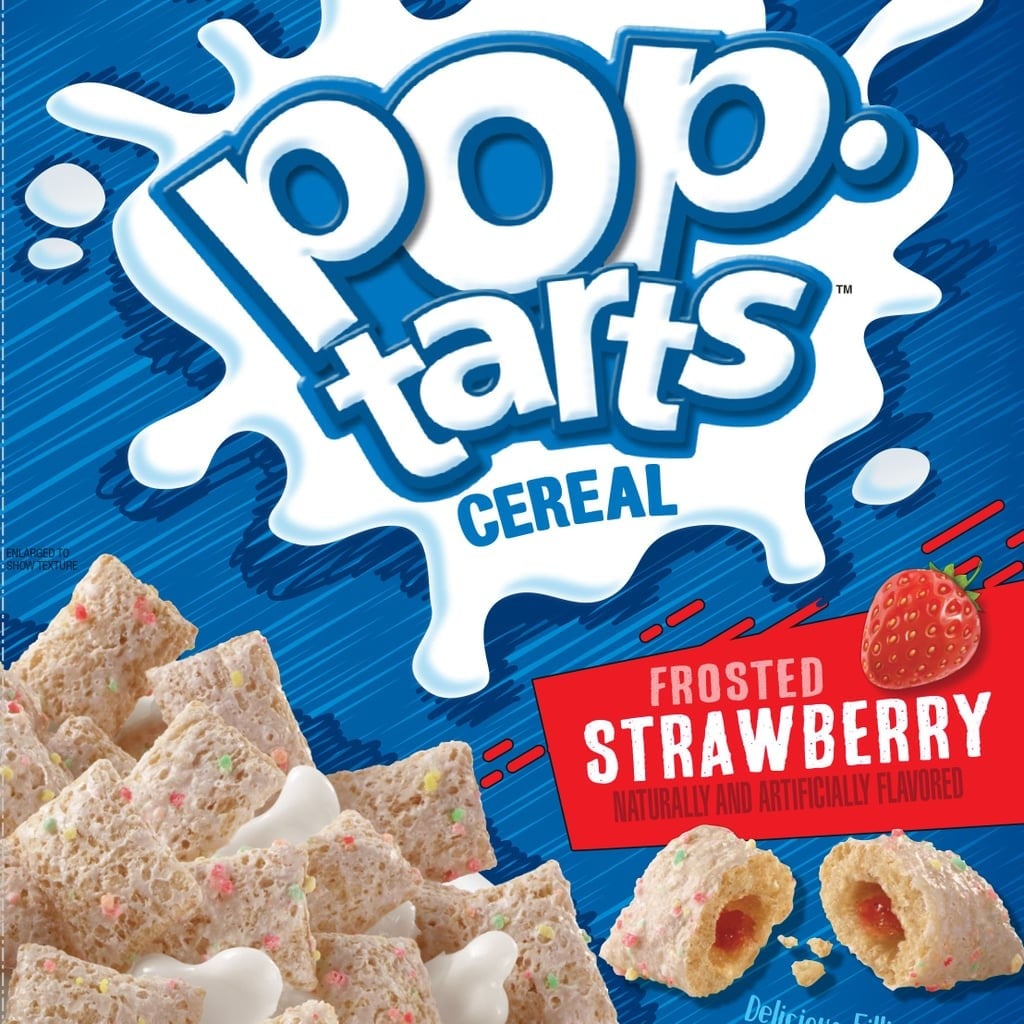 Get Ready to Feel Like a Kid Again: Pop-Tarts Cereal Is Coming Back

Get ready to take a trip back in time to your childhood, because it looks like Pop-Tarts cereal is making a comeback. The cereal made its debut back in 1994, but its popularity ended up being pretty short-lived after it was pulled off the shelves the following year. Twenty-four years and a "Bring Back Kellogg's Pop Tarts Cereal" Facebook page later, Kellogg's has confirmed that the "new" Pop-Tarts cereal will be available in grocery stores nationwide beginning in early 2019.

The cereal will come in the same two original flavors — Frosted Strawberry and Frosted Brown Sugar Cinnamon — and each bite will be filled with strawberry or brown sugar cinnamon filling and topped with frosting. The exact date of Pop-Tarts Cereal's official launch hasn't been made clear, but if you're feeling a little impatient about it, you can always hold yourself over with this homemade version of the classic Wild Berry Pop-Tart.

Related:
Kellogg's Unicorn Cereal Is Officially on Shelves — and It Tastes Like "Magic Cupcakes"
Previous Next Start Slideshow
NostalgiaFood NewsCerealPop-Tarts

Food News
Step Right Up! Krispy Kreme Has New Carnival-Themed Doughnuts, and They're a Summer Treat
by Lauren Harano 5 days ago

Food News
When in Doubt, Try Out One of These Unique Campout-Flavored Dutch Bros Drinks
by Haley Lyndes 6 days ago

Dove Cameron
As If Jeans These Days Weren't Low Enough, Dove Cameron Just Took Hers to the Next Level
by Yerin Kim 6 days ago