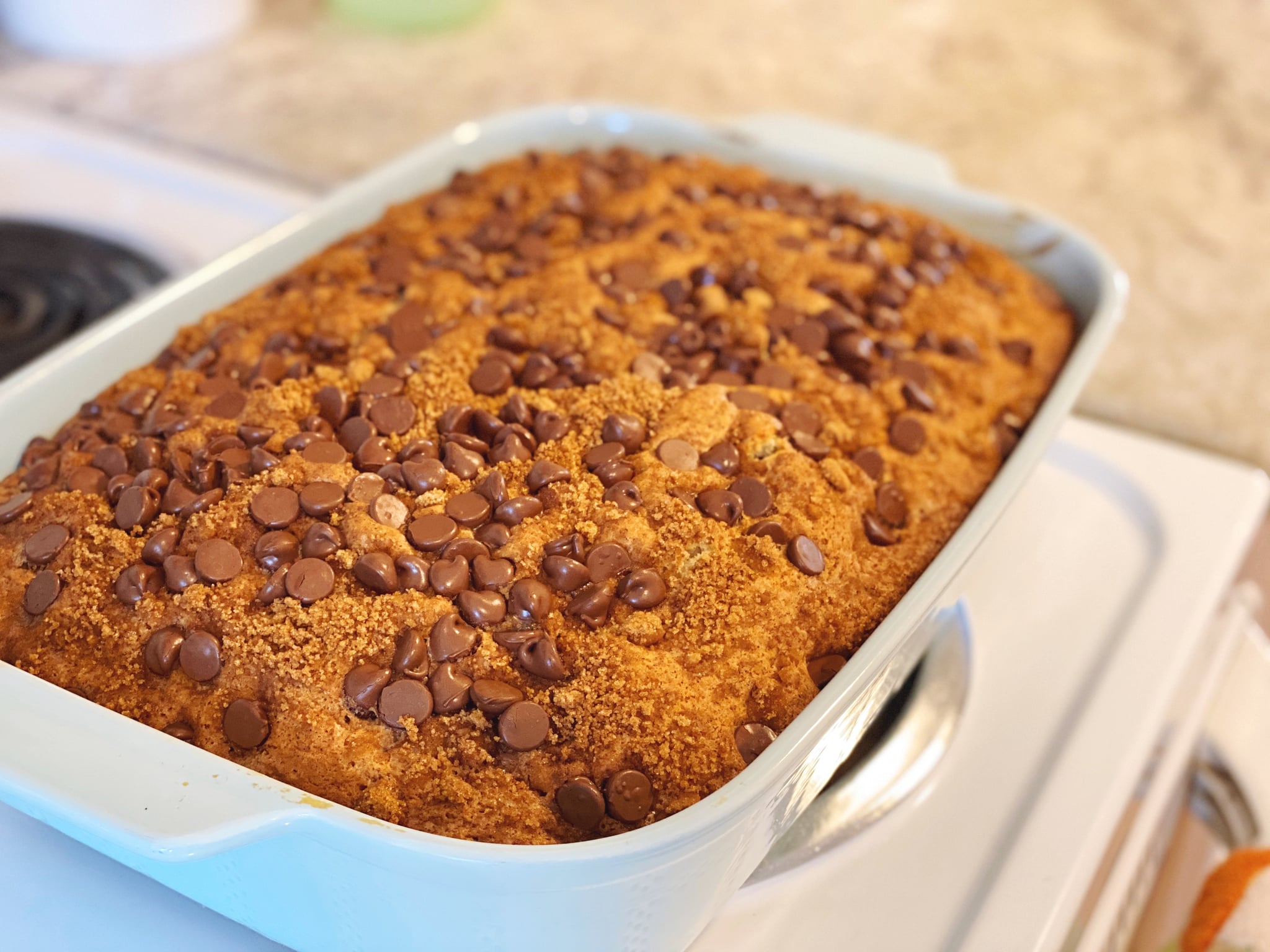 Over the past few weeks, I've been baking more (I know I'm not alone!), and while my husband ate my banana bread and cinnamon rolls like the supportive spouse he is, the only baked good he was really hoping I'd make is crater cake.

I'm not really sure if it's a Canadian thing or not (he hails from British Columbia), but I'd never heard of this dessert until I met him, and he grew up having it at home (or after hockey practice). It's kind of like a coffee cake with its brown sugar and cinnamon crumble, but it also has bananas and chocolate chips in it like a banana bread. With every moist bite, you get melty chocolate chips, sweet banana cake, and crunchy crumble, thanks to a hidden middle layer of the brown sugar, cinnamon, and chocolate chips. As for the name? It's called "crater cake" because the center deflates after it comes out of the oven.

This is a pretty foolproof recipe that you can adjust based on your preference — how many bananas, how much chocolate, how gooey you want the center. It's great for a big family or gathering, and you can leave it out on your counter for several days (if it lasts that long!). Personally, I like to enjoy it with my coffee in the morning (dessert for breakfast, anyone?).

Keep reading for the recipe! 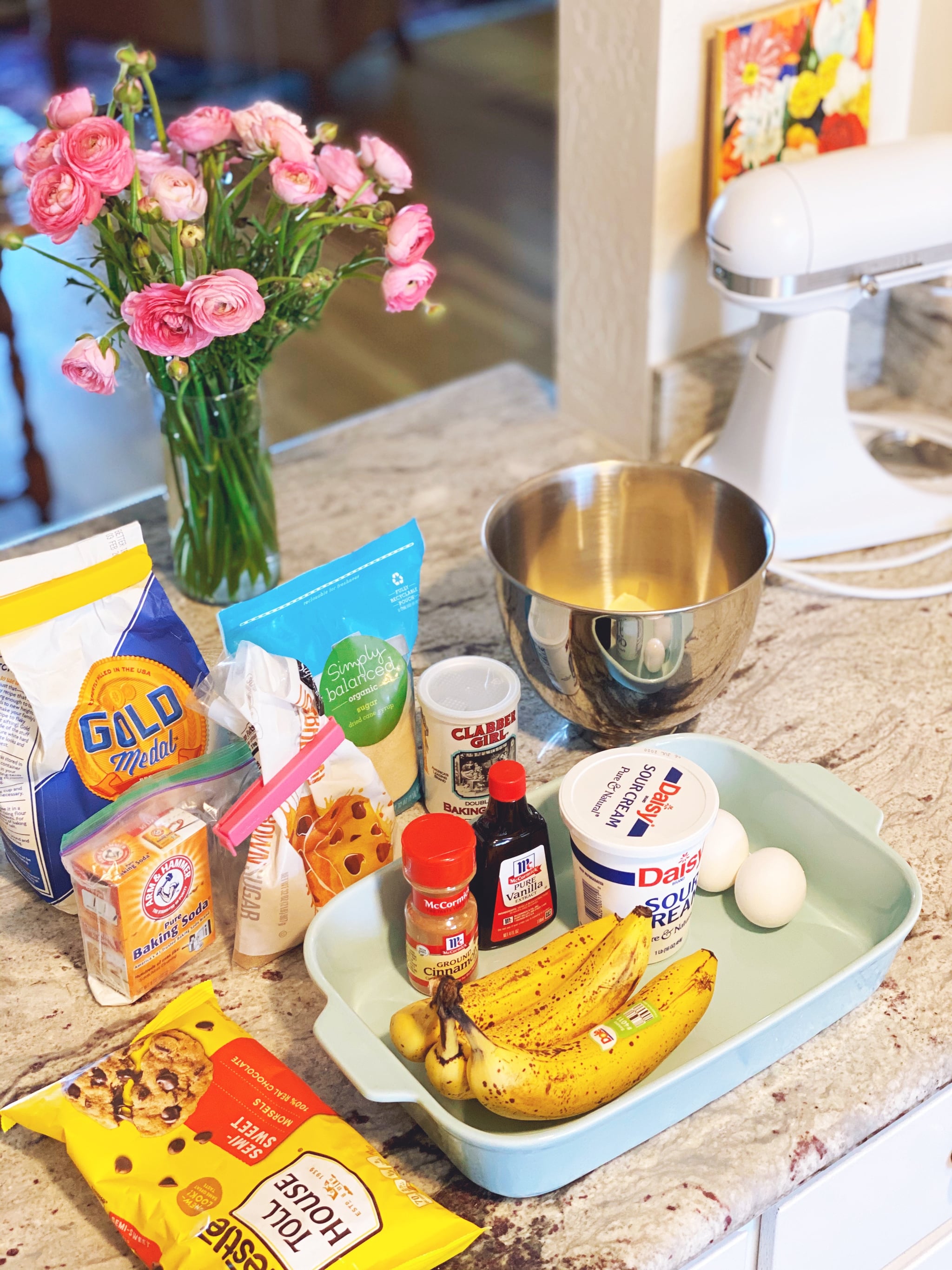 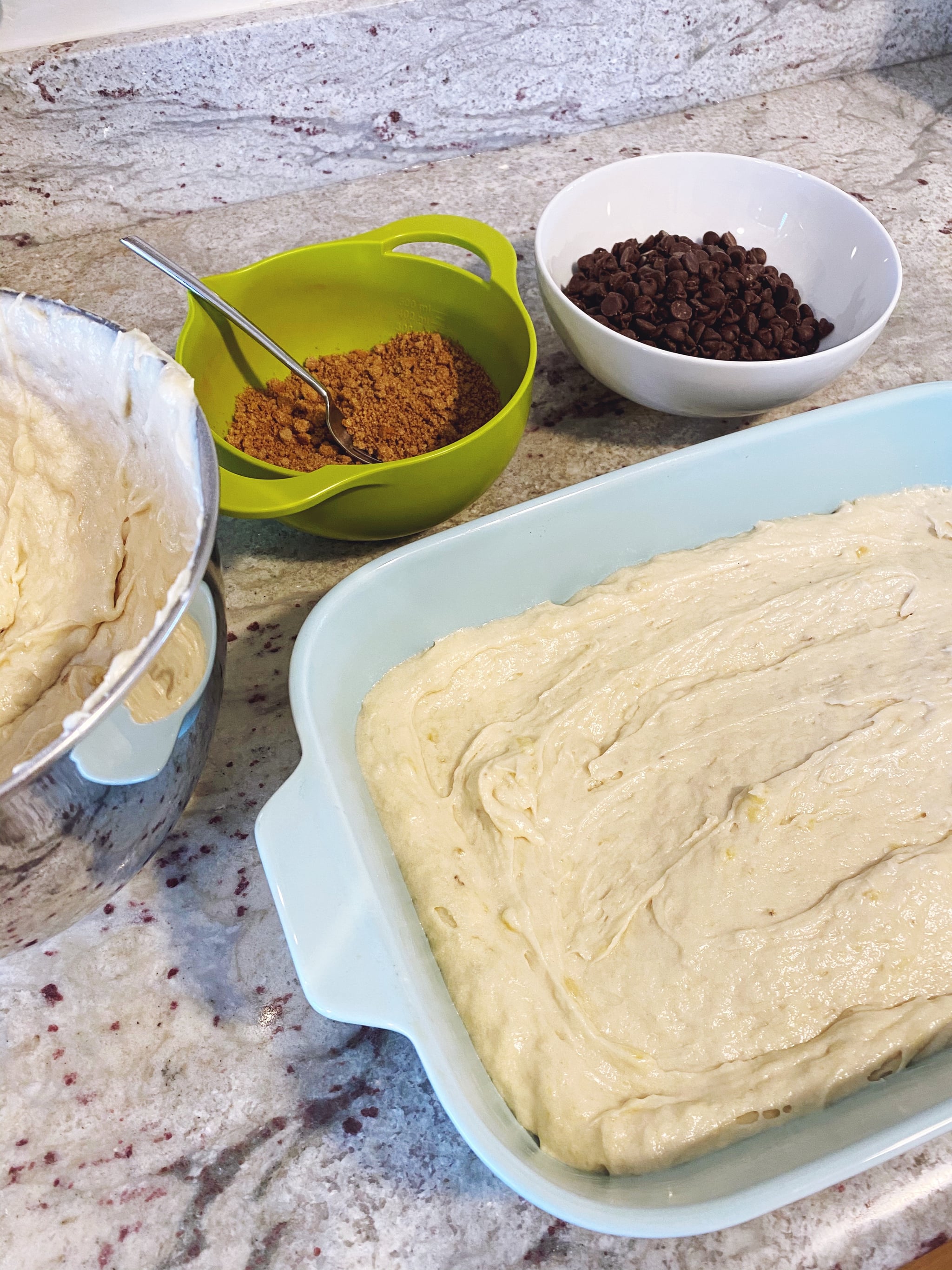 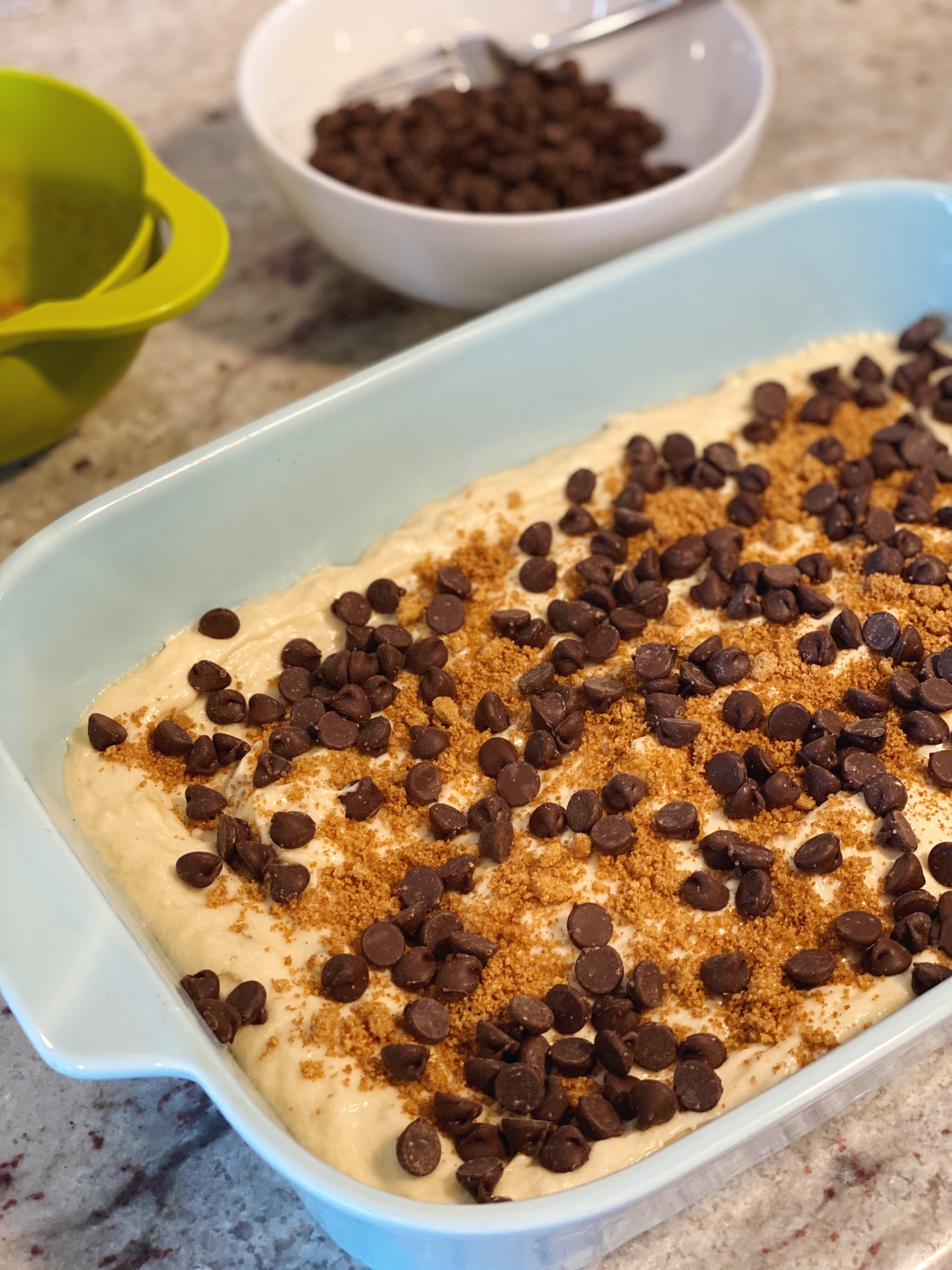 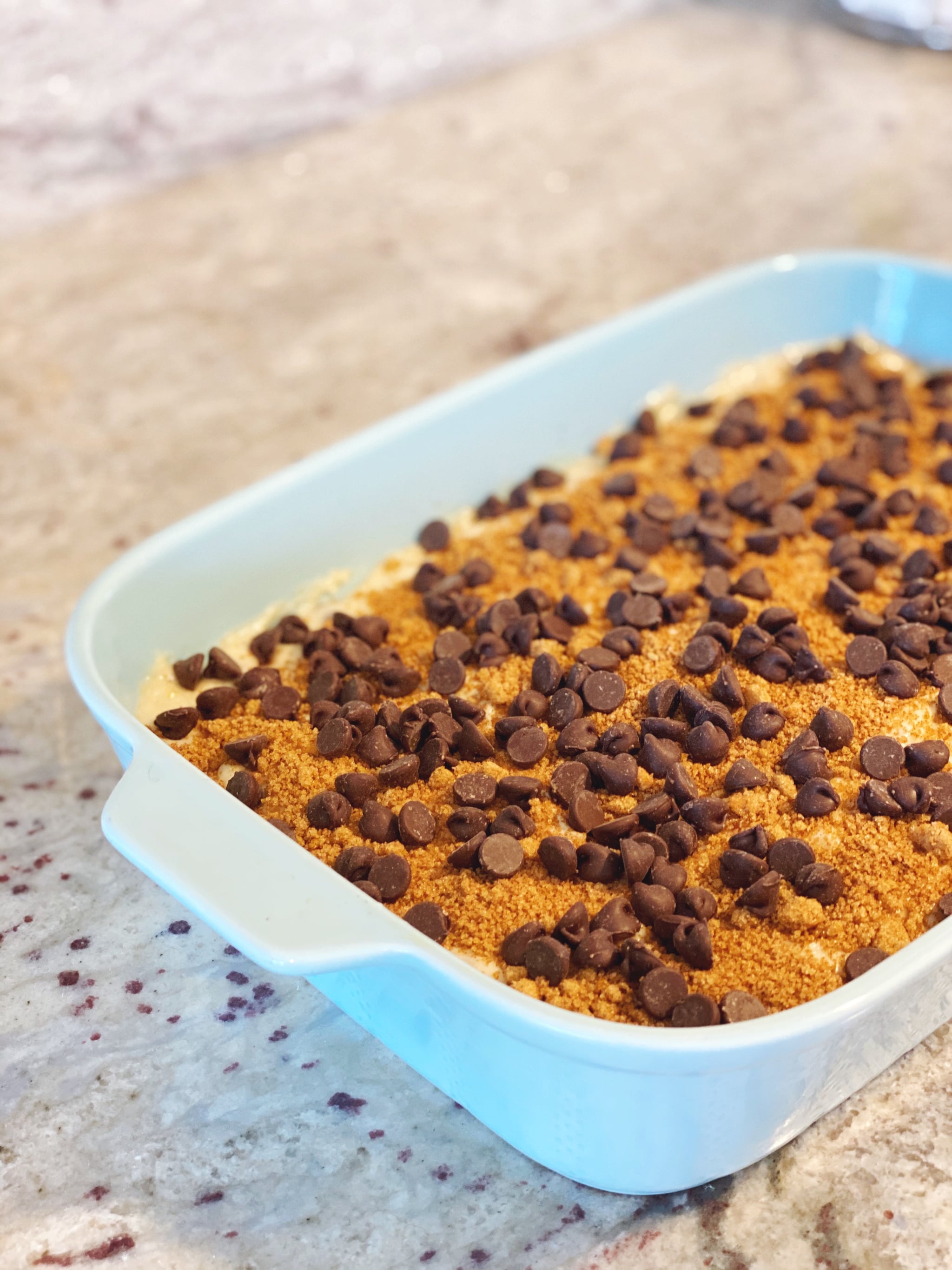 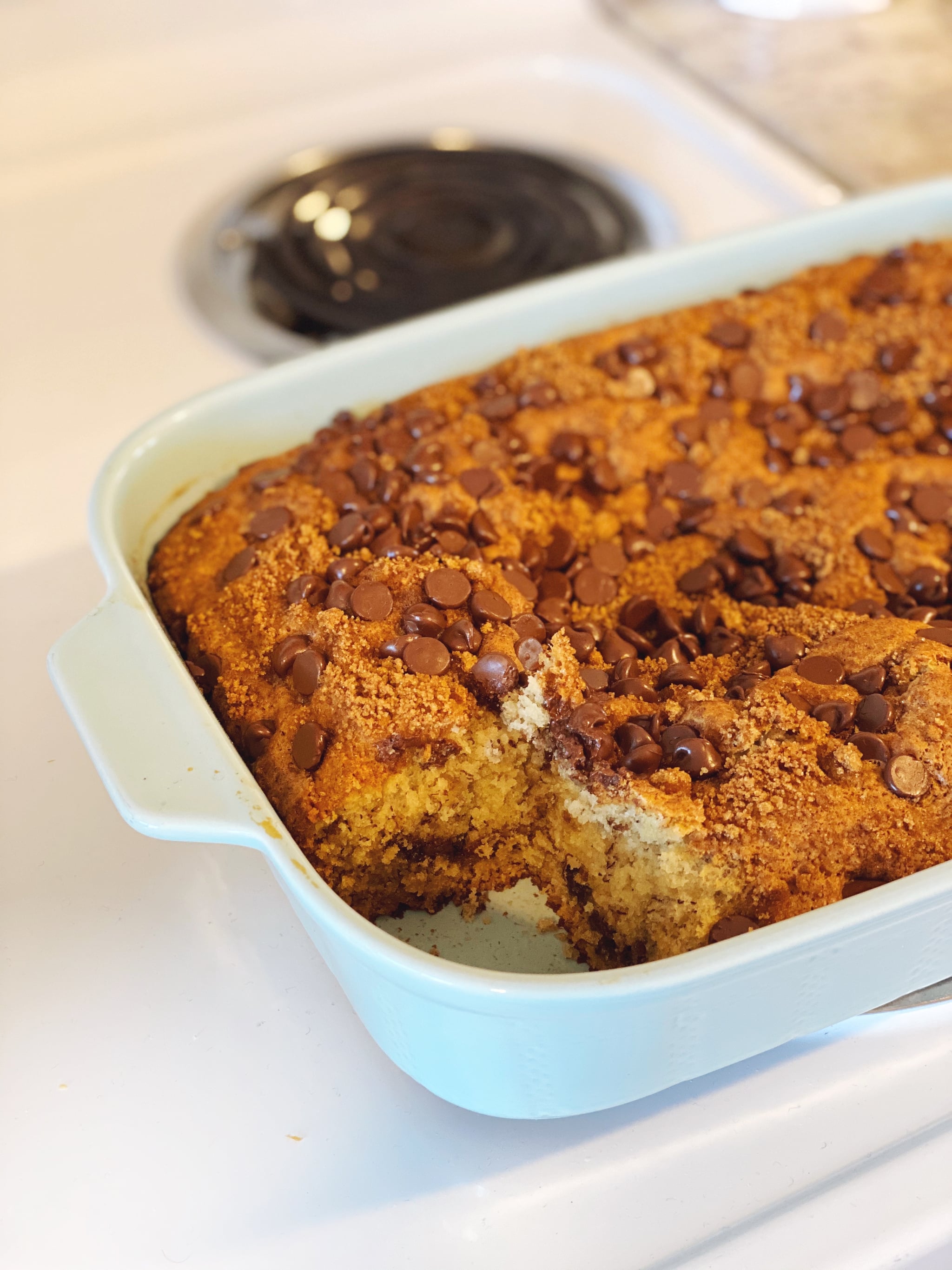 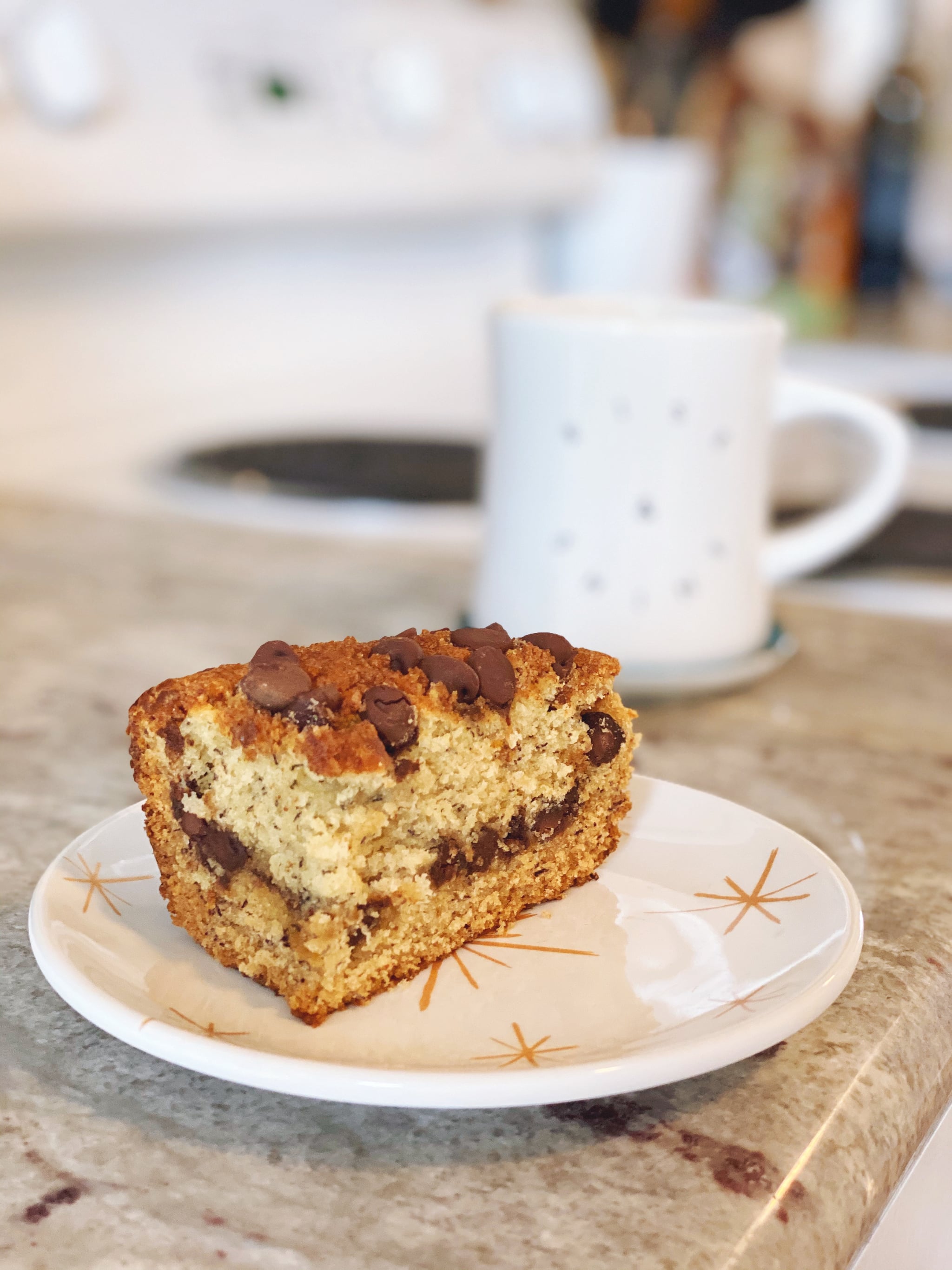 Related:
Got Ripe Bananas? Here Are 31 Recipes to Use Them Up That AREN'T Banana Bread

You don't want to overbake this, but it's also a pretty forgiving recipe. Since the bananas are gooey, check a few spots with a toothpick to make sure you're not just getting banana. The outer edges should come out clean and if the middle isn't 100 percent done it's OK, it will cook a little in the dish while it's cooling.

Let it sit for at least an hour before eating. And yes, the middle will sink in, that's why it's called "crater cake"! 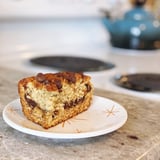 Recipes
How to Re-Create Dishes From "The Bear," Including That Spaghetti Pomodoro
by Victoria Messina 7/29