When I think of pizza, the ingredients that first come to mind aren't the ones in "salad connoisseur" Jenny Osipova's salad. Yet, her trending TikTok recipe tastes more like pizza than if you were to toss a bunch of pizza toppings in a bowl with a head of lettuce. Rather than doing the obvious, Osipova, who goes by @jennys__table on the app, instead combines cannellini beans, red onions, kale, parsley, kalamata olives, tomatoes, mozzarella, and homemade croutons . . . and it works.

I've never put beans on a pizza before, but it seems they hold a lot of the signature pizza flavors when cooked with garlic and oregano. Along with the croutons, they also contribute a starchy element to the salad, functioning almost like a pizza-crust substitute. The roasted tomatoes, olive oil, and parsley resemble a deconstructed tomato sauce that tastes especially pizza-like alongside the mozzarella balls. Finally, the vinegary-ness of the quick-pickled onions ties everything together as a salad.

There's a good amount of prep that goes into making this recipe, but that's a reasonable trade-off for a salad that also tastes like a pizza. The mix-ins are the type that you can make in a bigger batch to store in the fridge and continue using as needed, so it's perfect for any time that pizza salad craving hits. If you like hearty salads as much as you like pizza, you'll definitely want to try this recipe. For all the steps on how to make it, read on. 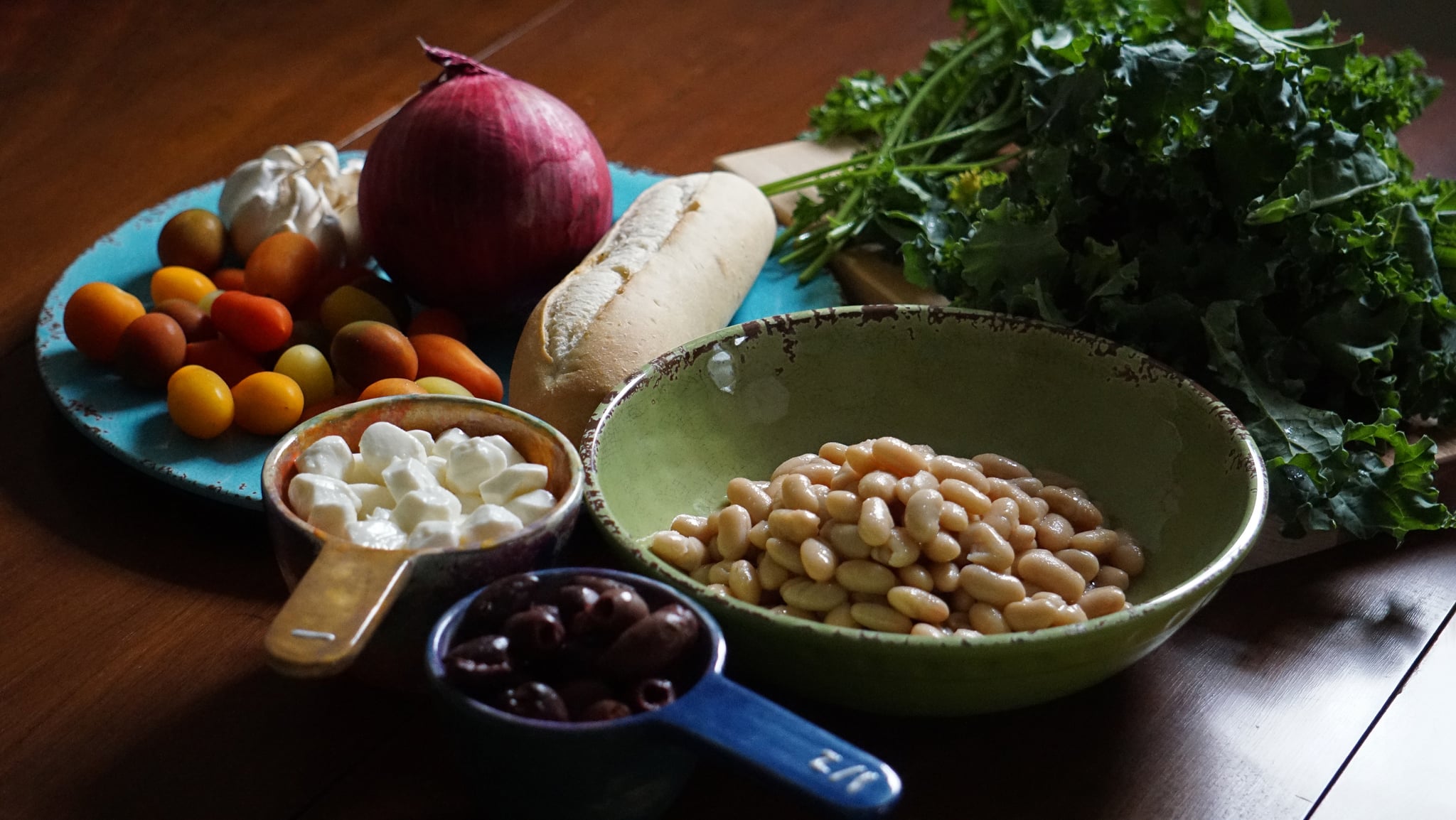 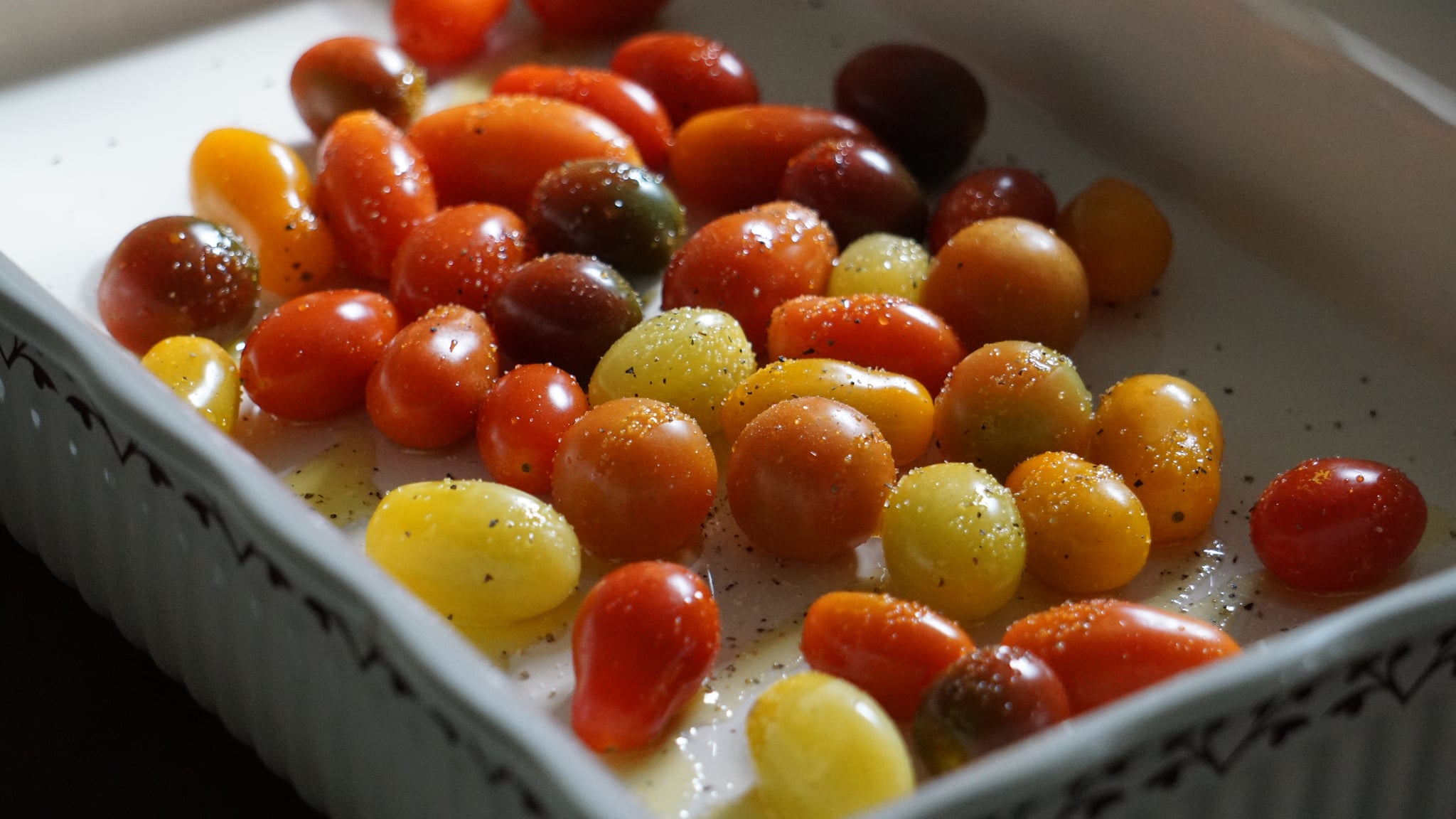 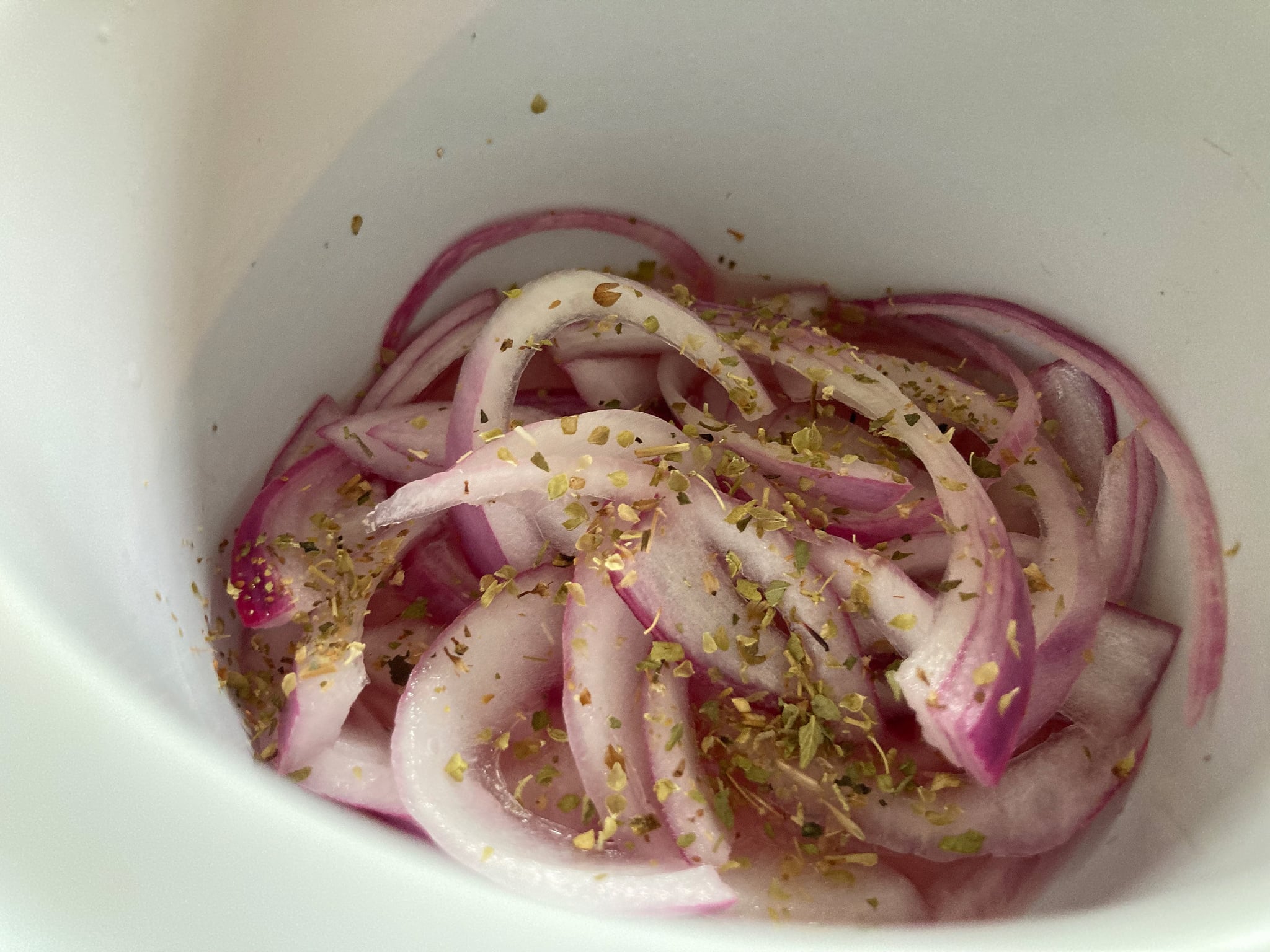 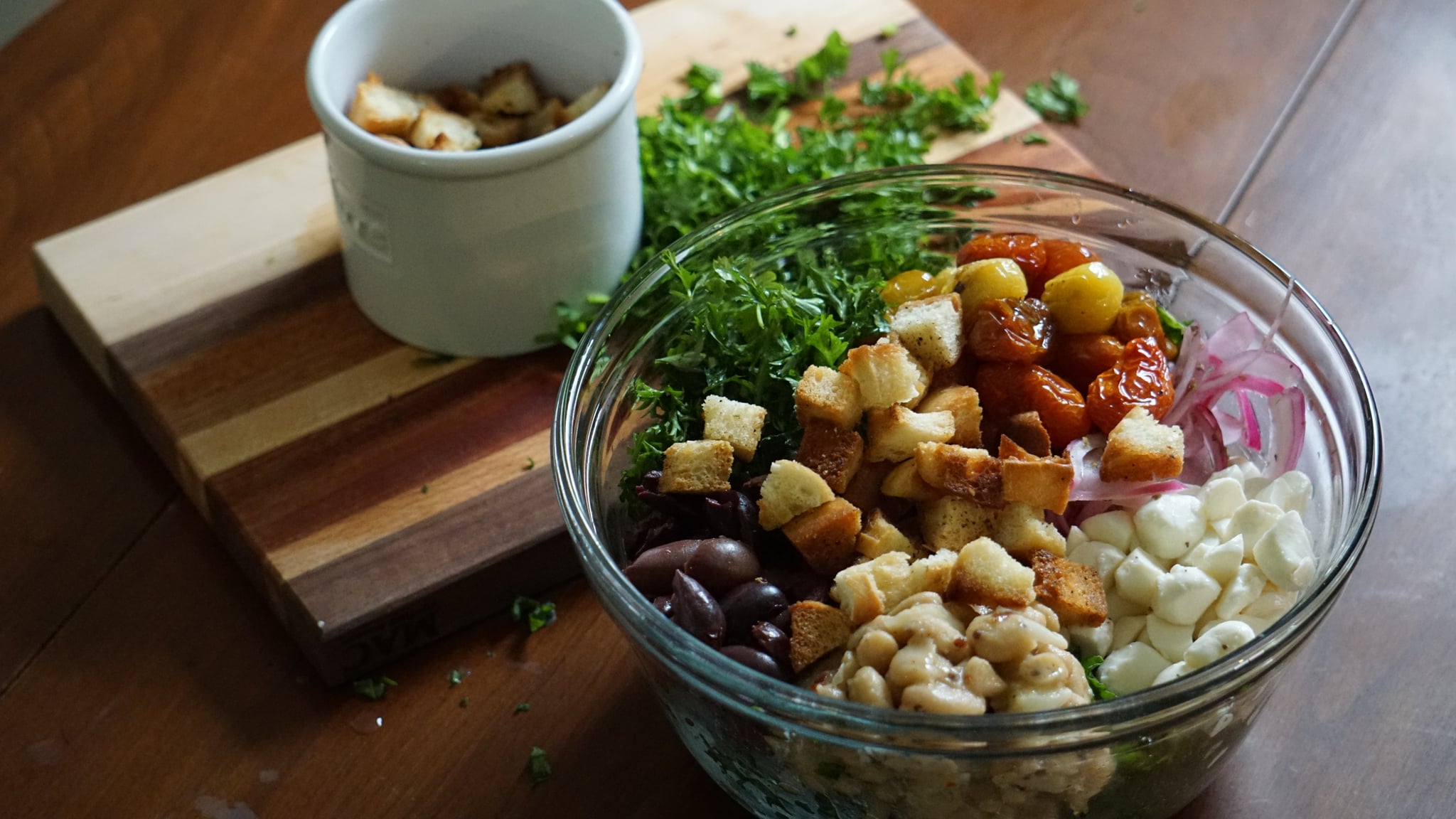 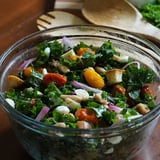 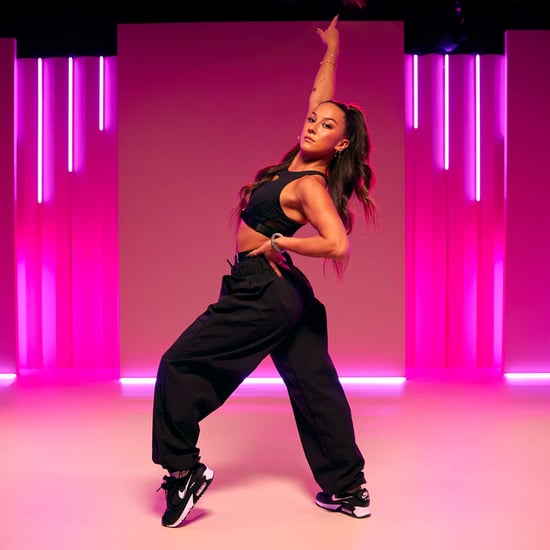 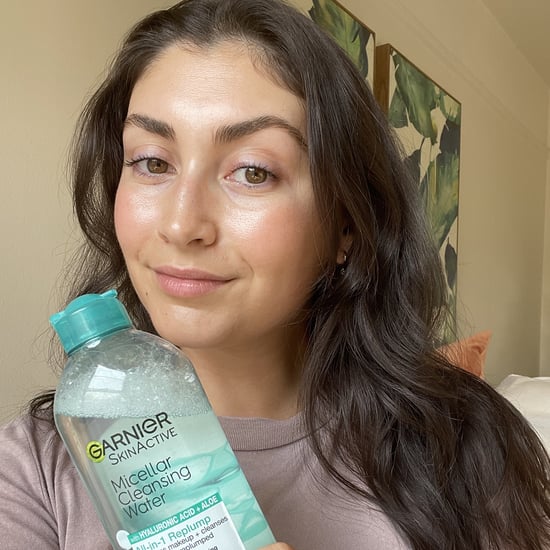