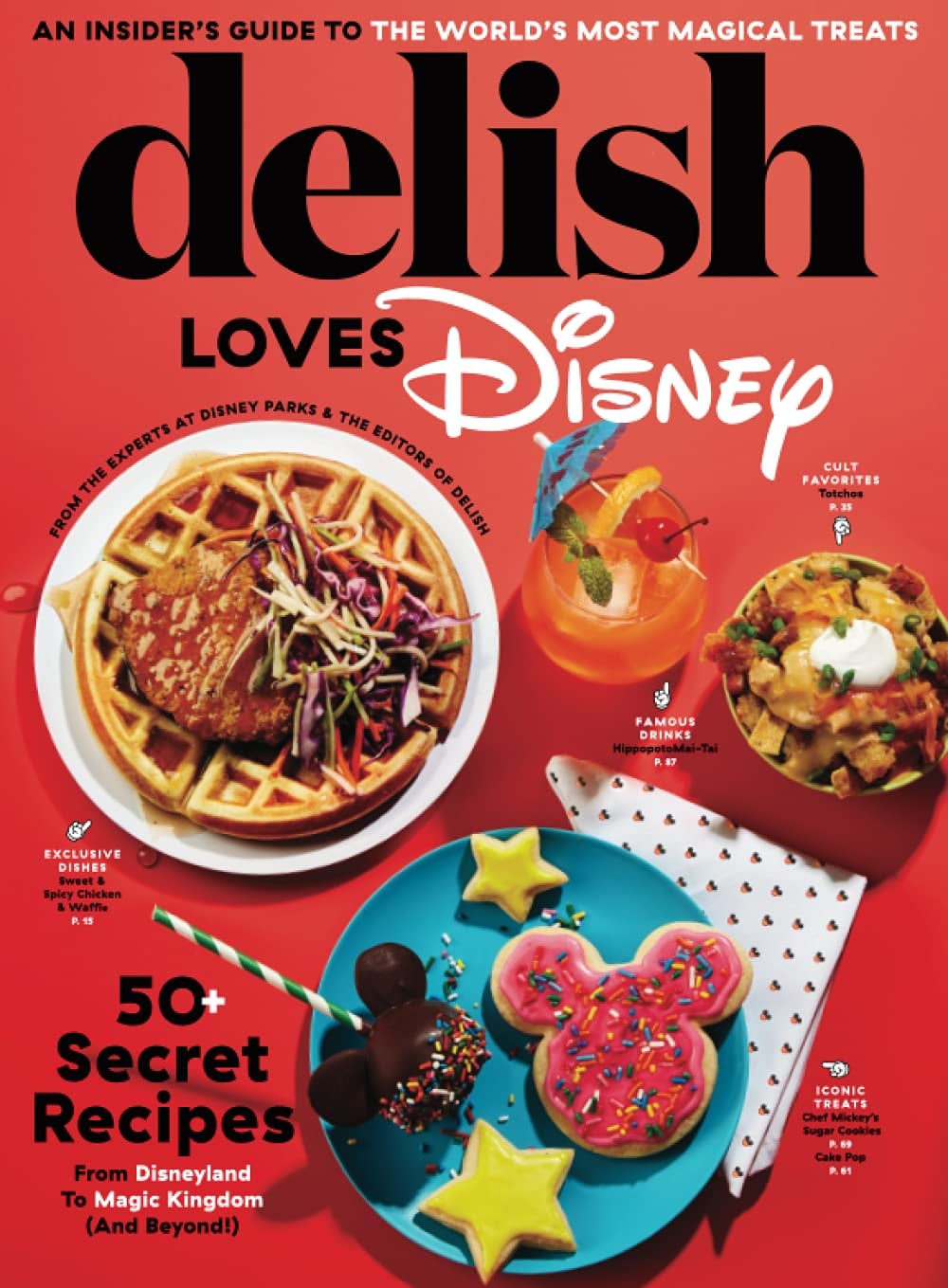 If your annual trip to Disney involves excessive amounts of Dole Whip, Num Num Cookies (when available), The Grey Stuff, and more, you're in for a real treat — pun intended! Disney and Delish teamed up to create Delish Loves Disney: An Insider's Guide to the World's Most Magical Treats ($14), and it contains 50 recipes that were made to be a secret . . . until now.

The magazine has 100 pages of photos, facts, anecdotes from the editors of Delish, and magical treats that will transport you to the Disney park of your choice — even Shanghai! The recipes inside contain something from each park in the US and throughout the world and even extend to Disney's cruise line. You can also find a couple of bonus recipes — one being Delish's take on Mickey Pretzels and another being Full House actor John Stamos's favorite Disney park dish — if you're feeling extra hungry. And while a true Disney fan may be familiar with some of the recipes in this book, the magazine contains 15 never-before-published recipes that there's no way anyone's ever made before. Honestly, even if you have no plans of ever making these Disney dishes, the glossy magazine makes a fun piece of memorabilia for those who love some nostalgia, so why not give it a try? And if you're ever looking for general Disney food info, make sure to stay up to date with what's new here.