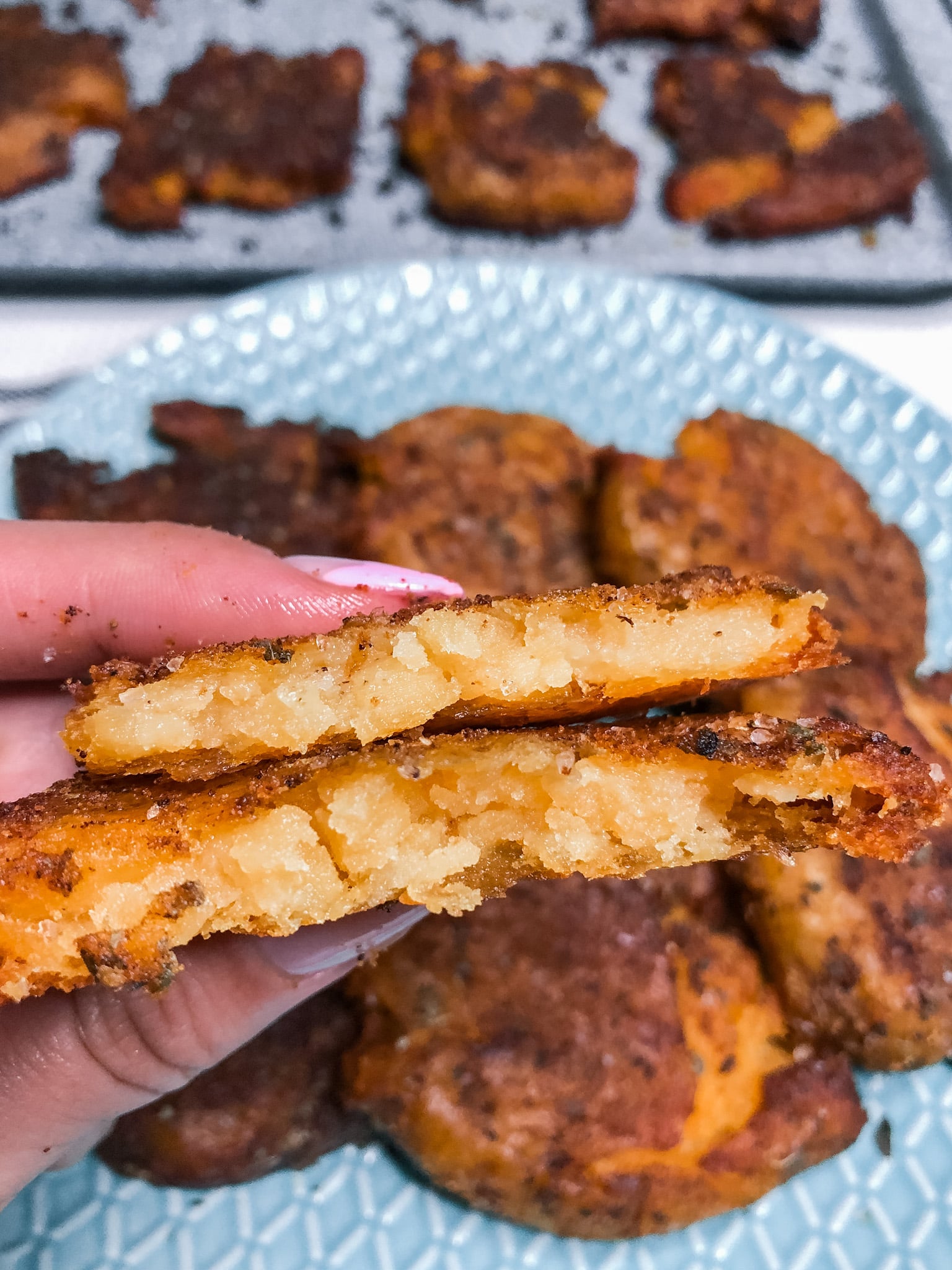 Another TikTok recipe has stolen my heart, and this time it's in the form of crispy, salty potato disks. Potatoes are a versatile ingredient that can take many forms, ranging from whipped into a creamy mash to being crinkled and fried. And while all potato iterations are delicious in their own right, few are as simple to make, satisfying, and flavor-packed as the method @meatlikemike shared a TikTok that garnered over 34 million views.

As with all of TikTok's viral recipes, there have been a number of variations born from the original, many of which provide unique techniques and flavor combinations to ensure an extra-crispy or well-seasoned smashed potato. TikTok user @mxriym, for example, crafted their own recipe in which the boiled potatoes are dunked directly into a cup of well-seasoned oil and then re-dipped individually in the oil after being smashed. Another TikTok user, @tay_richard, boils her potatoes with 1/2 teaspoon baking soda for an even crispier result.

Dinner idea for tonight 💡 saw these going viral and had to taste them for myself 😍 recipe: @cookingwithayeh #smashedpotatoes #crispypotatoes 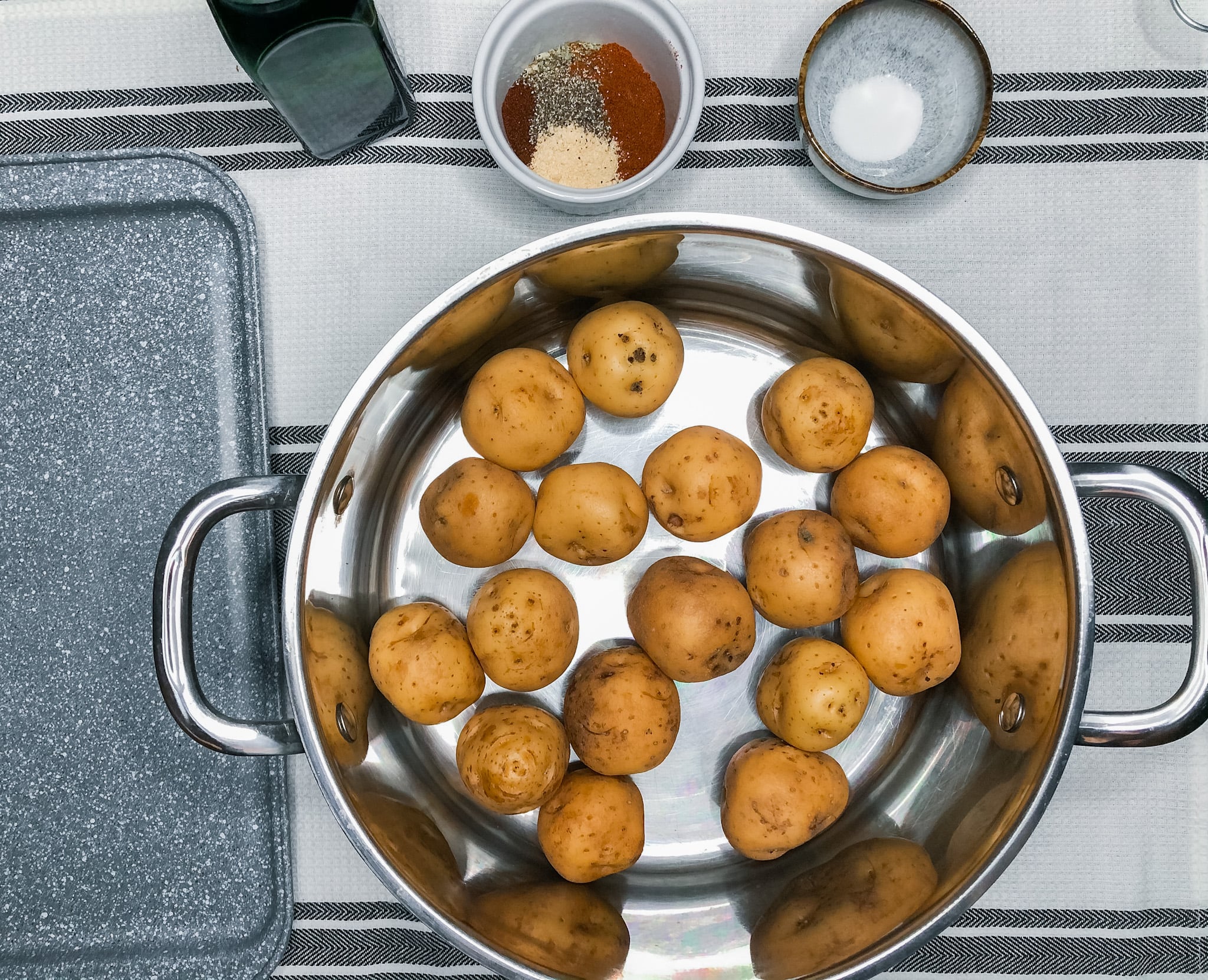 First, pre-heat your oven to 400 degrees, then add potatoes, water (enough to cover the potatoes by half an inch), salt, and baking soda to a pot and boil for 15 minutes. 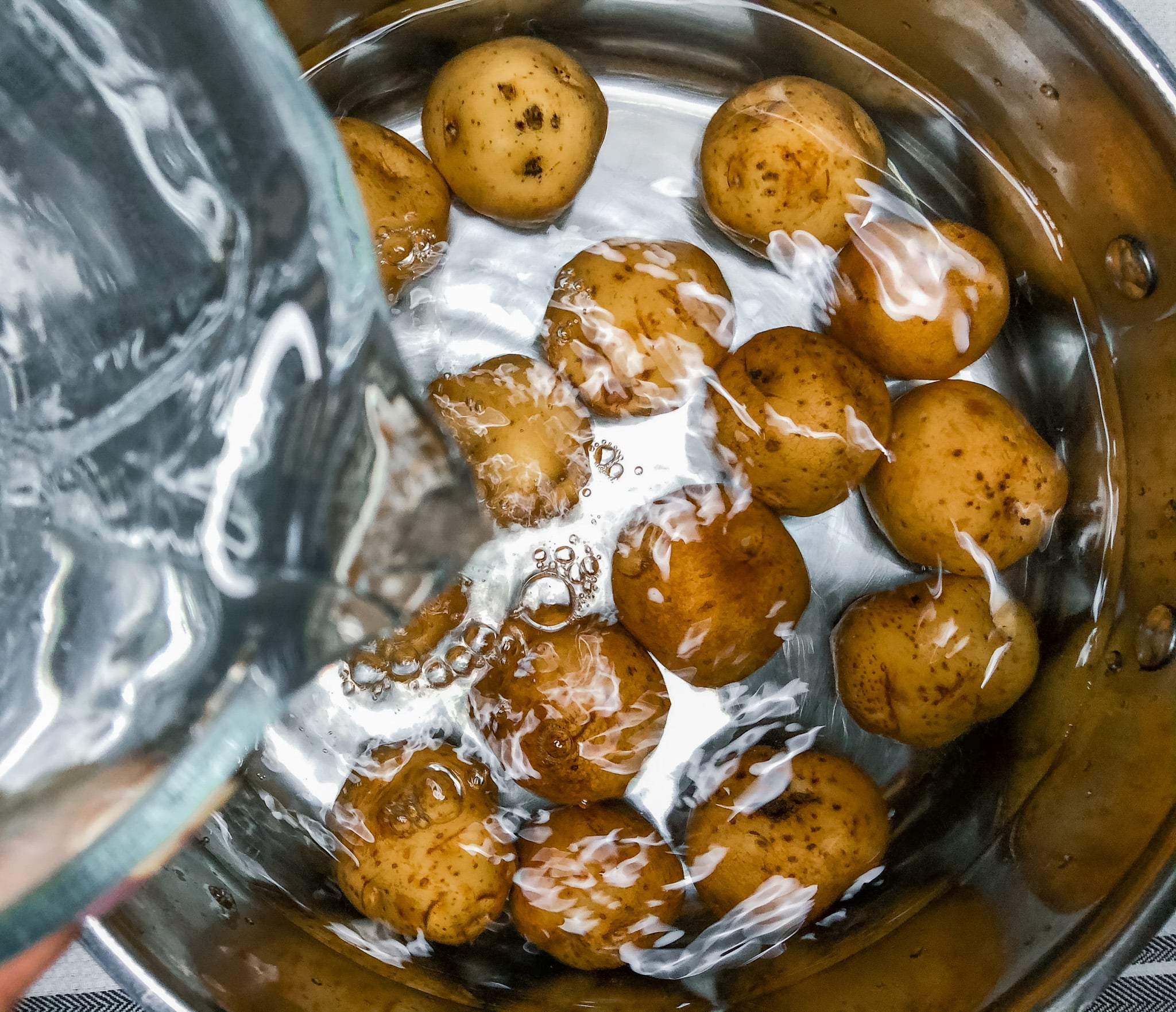 You'll know that your potatoes are ready to be smashed when they're just fork-tender. Make sure not to overcook your potatoes to where they're too soft to maintain their shape when being pierced by a fork. If they're overcooked, the potatoes will not smash well and will most likely be too soft to pick up and dip into the oil before going into the oven. 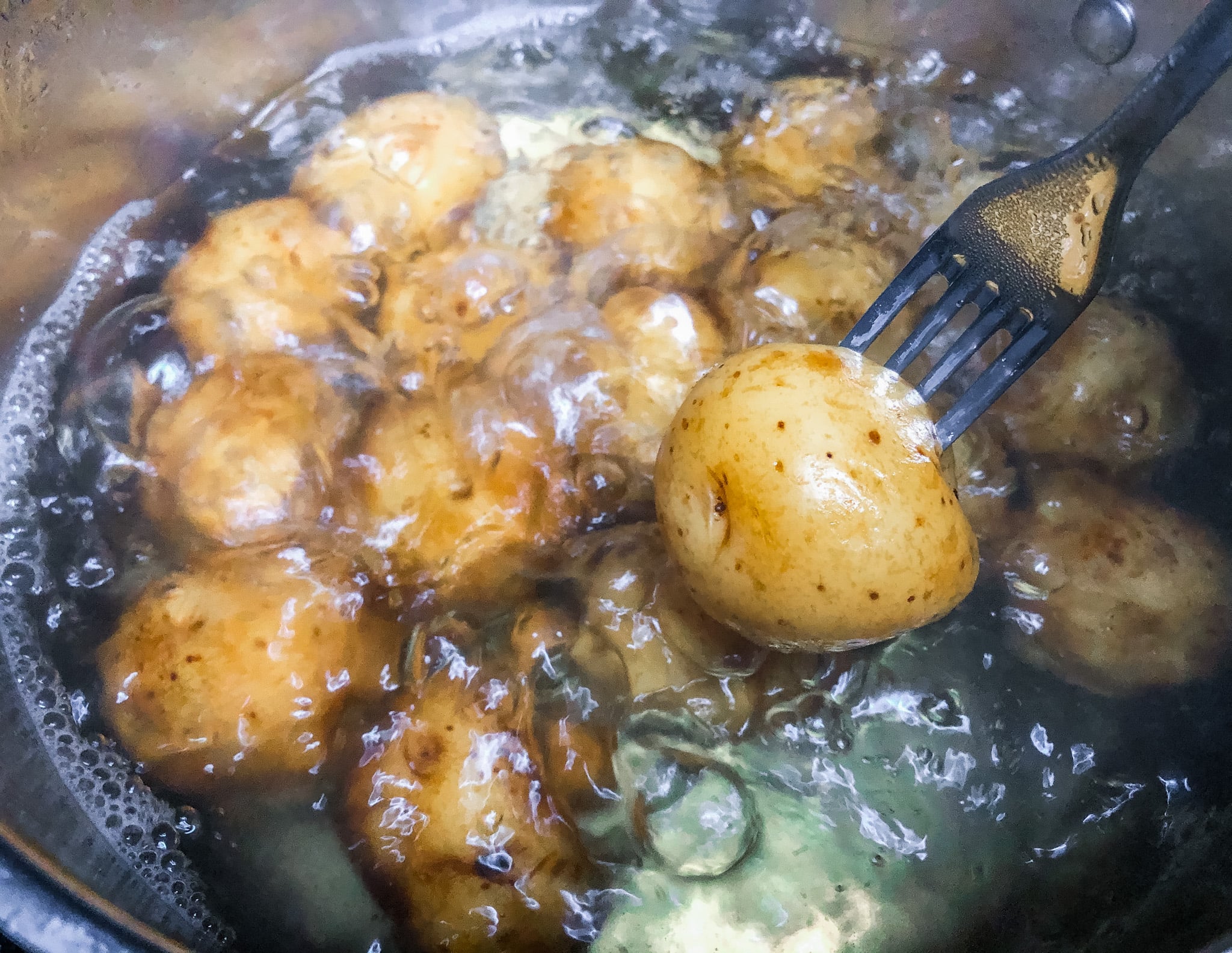 While your potatoes are cooking, add seasonings and oil to a large bowl. 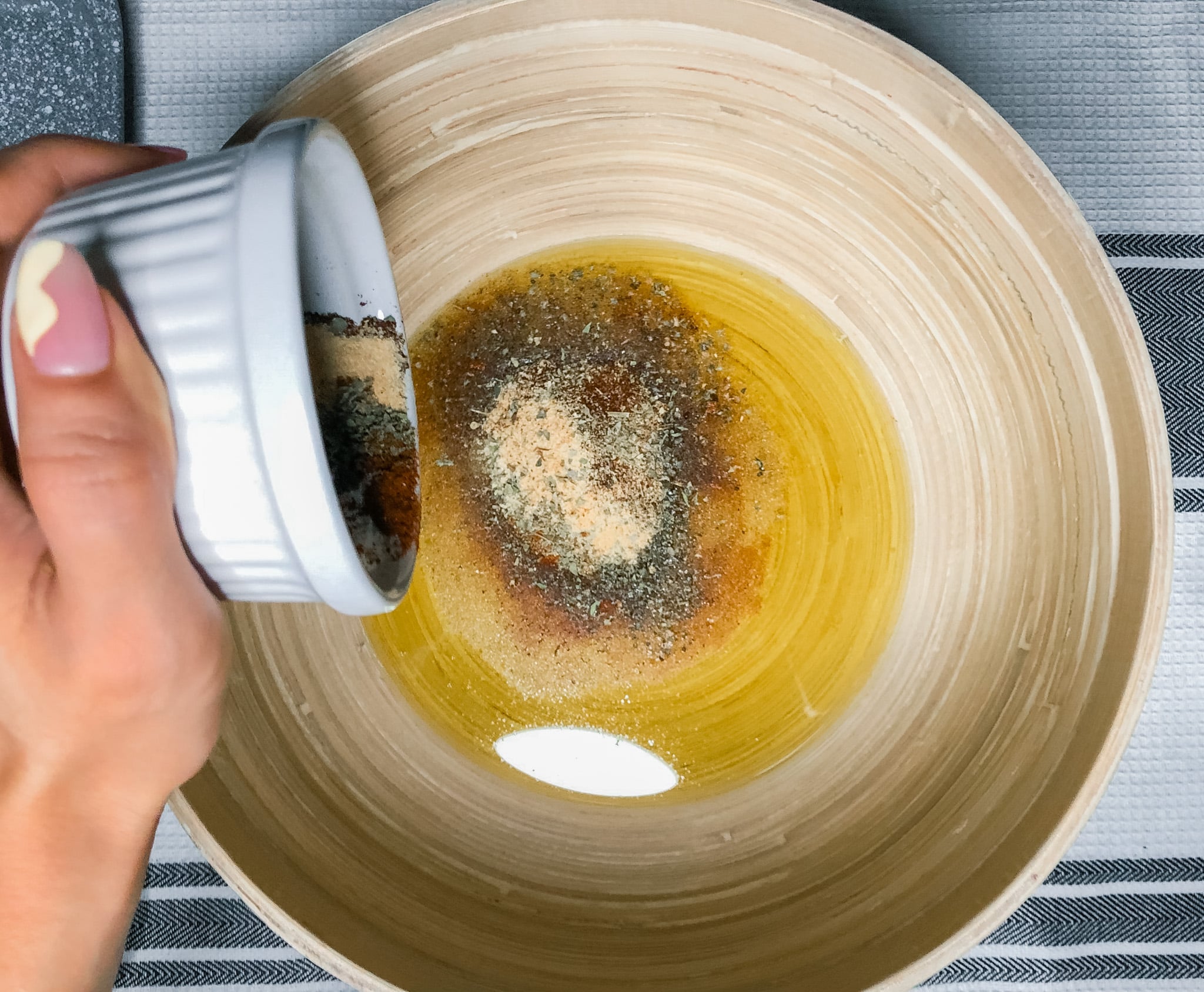 Drop boiled potatoes into the bowl with oil and seasonings. Gently toss the potatoes around until they are all fully coated in the seasoned oil. 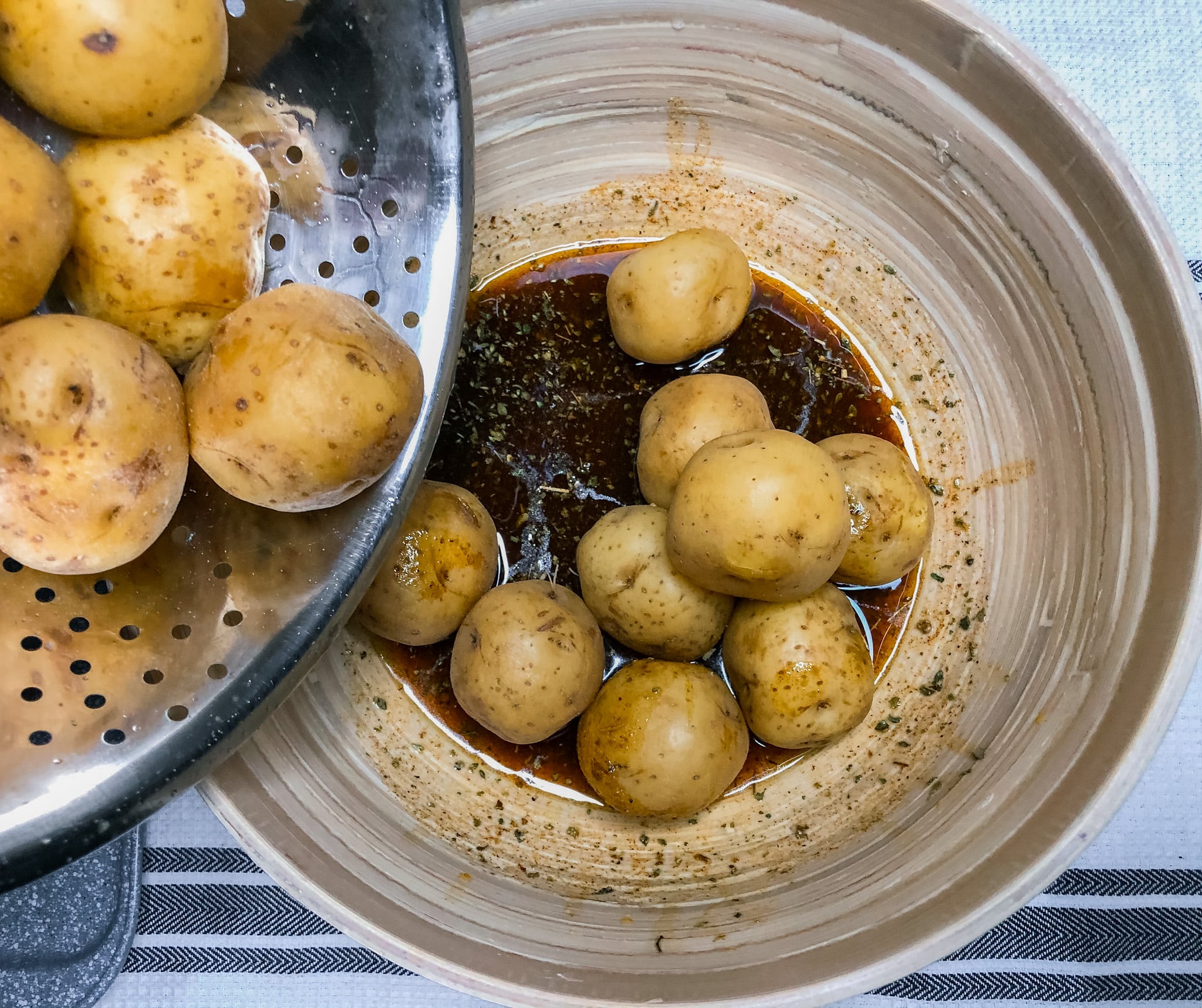 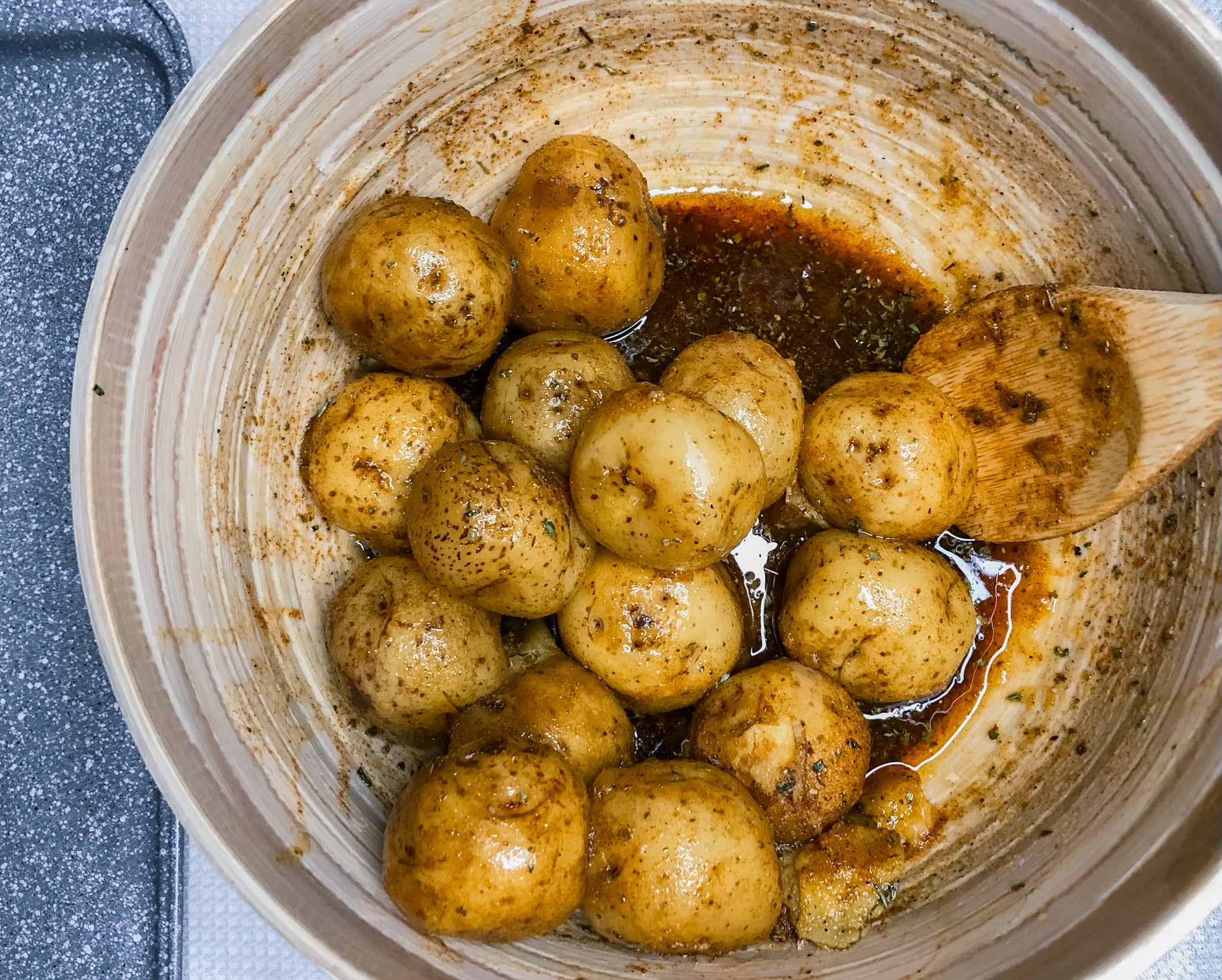 Place the potatoes on a sheet pan and, using a mug or a small glass, gently smash the potatoes down into disks. 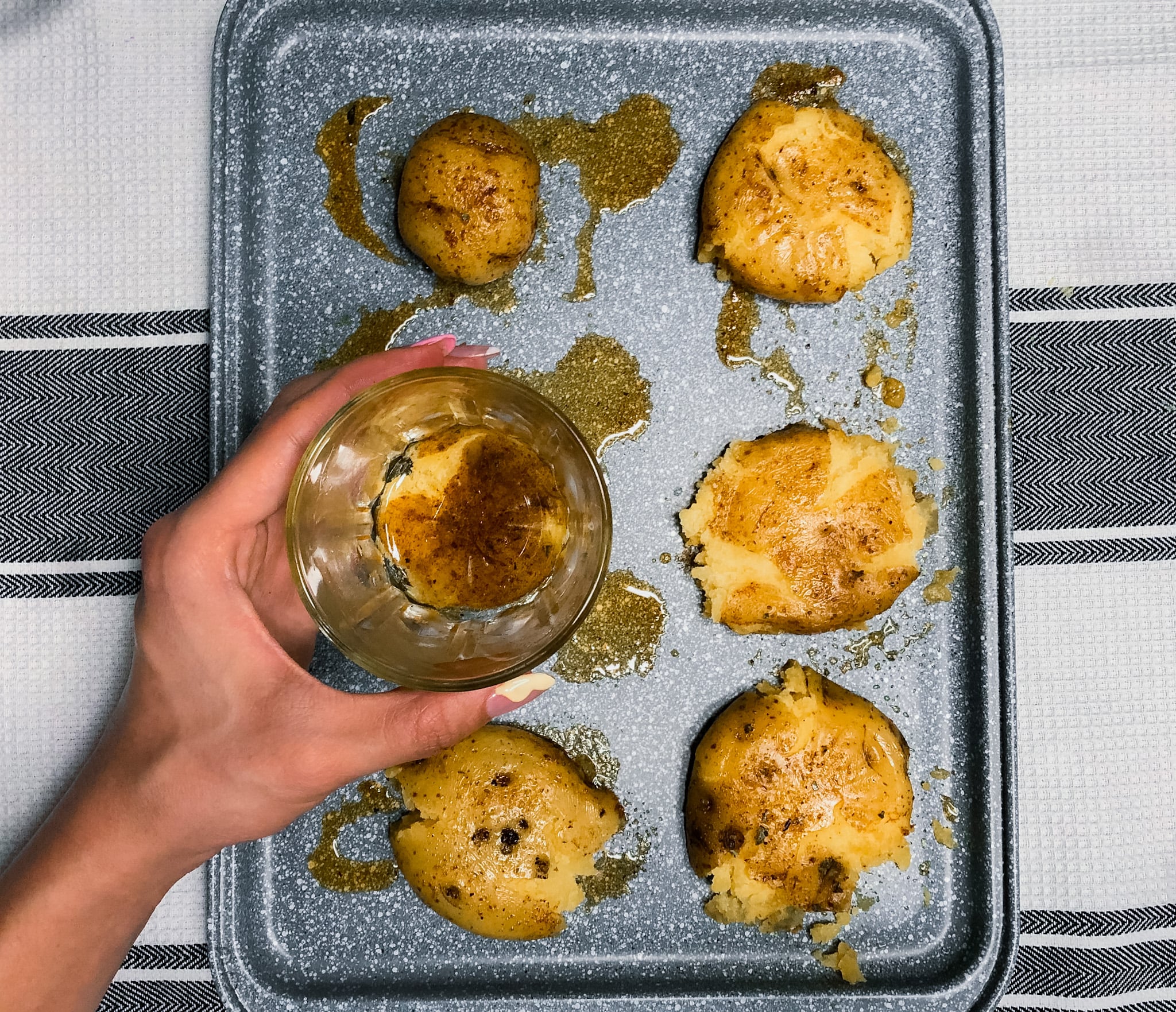 After being smashed, @mxriyum's recipe calls for the potatoes to be dipped in oil again. When making this recipe, I ended up boiling my potatoes about 1-2 minutes longer than the recommended 15 minutes, which left me with potatoes that were just slightly too soft to pick up in order to re-dip. Instead, I brushed the seasoned oil onto one side of the potatoes and then again to the other side after being flipped. 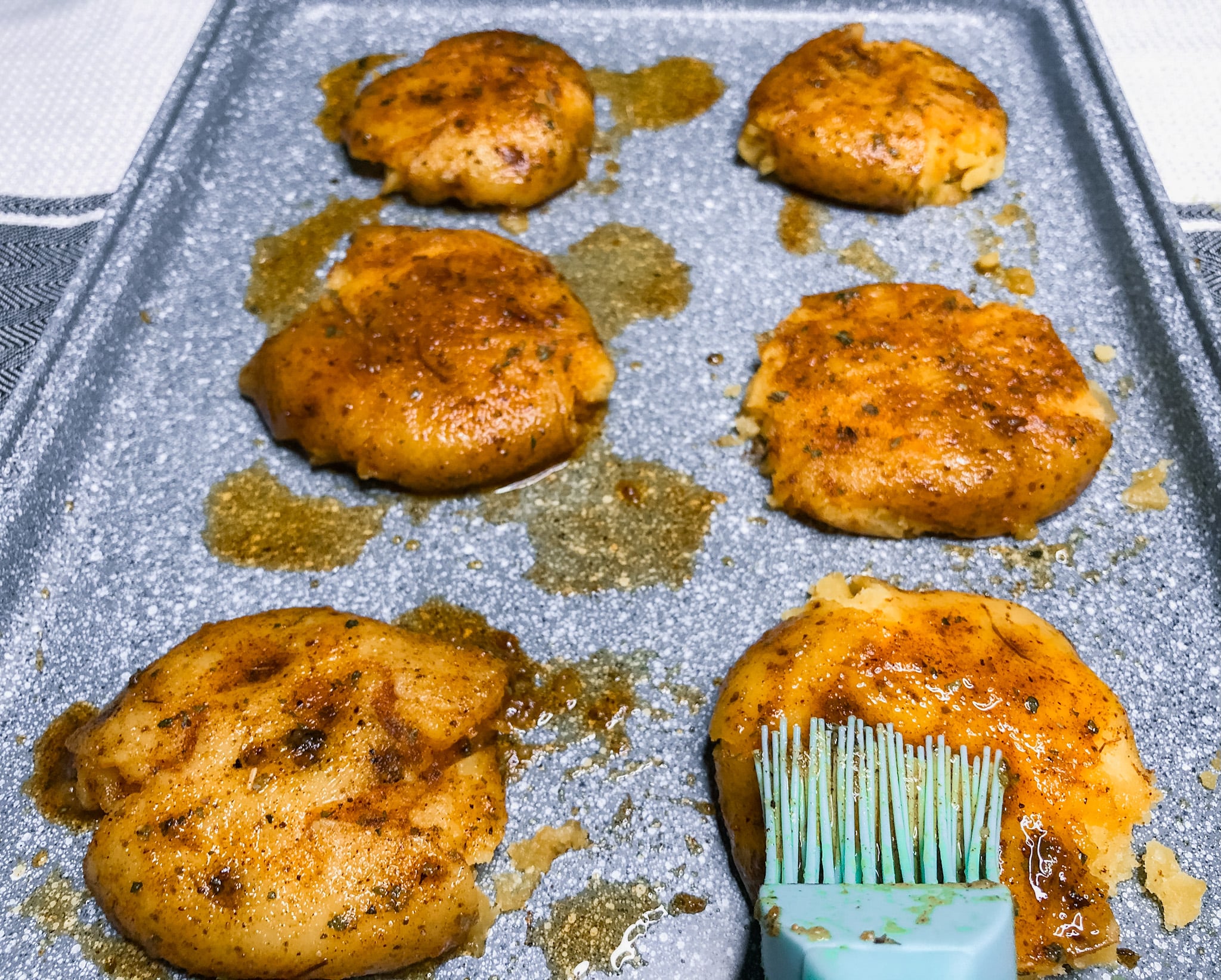 Sprinkle potatoes generously with salt and bake at 400 degrees for 30 minutes on each side, making sure to flip halfway through. 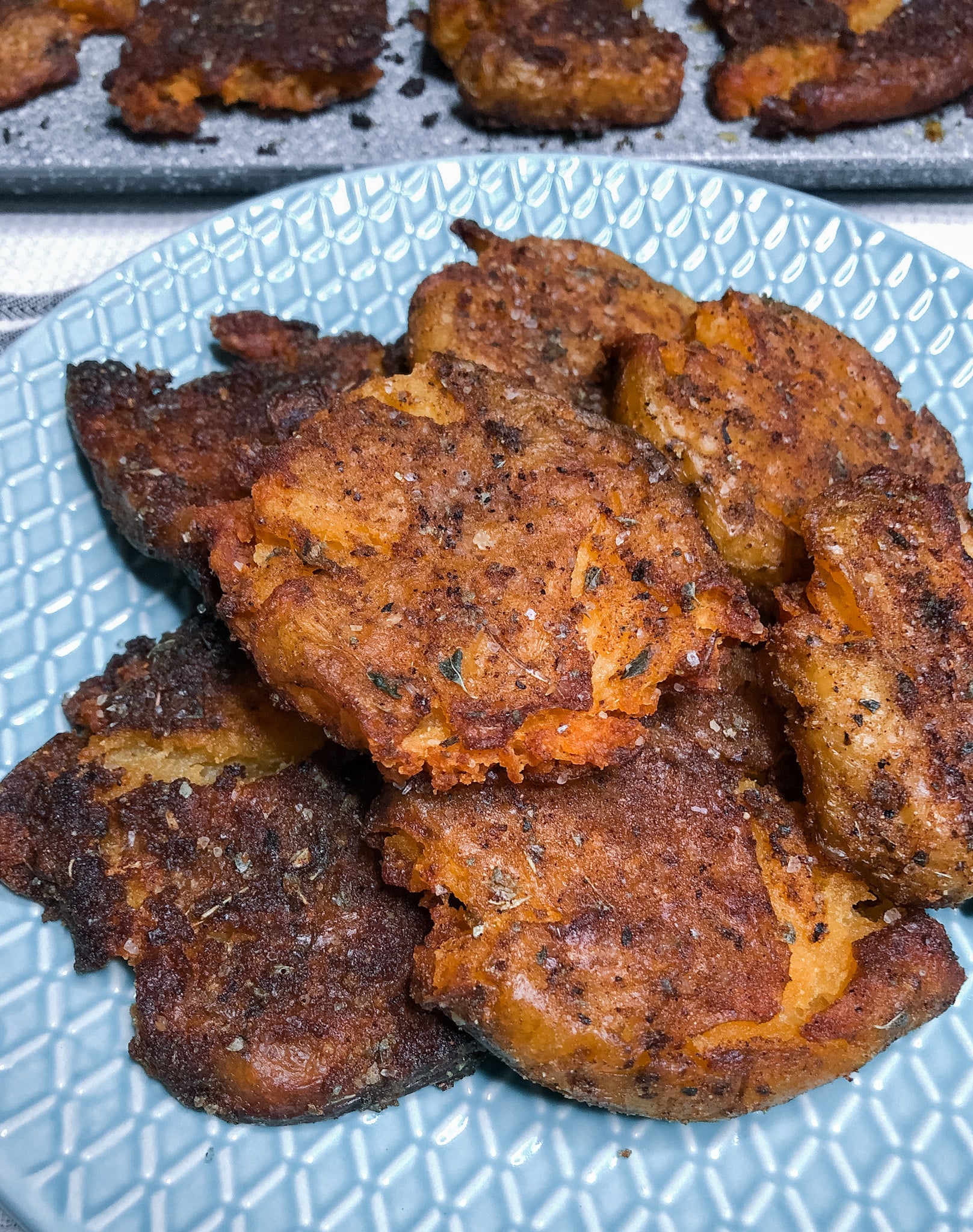 Serve with chipotle mayo as @mxriyum does or topped with fresh-grated parmesan and parsley. I mean it when I say your tastebuds will thank you.

Make sure to not boil your potatoes for too long, otherwise they may not hold their shape. 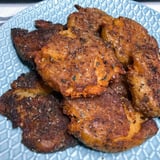 <
li>Transfer potatoes to a sheet rack and, using a mason jar or small glass, gently smash down on the potatoes one-by-one until they are in the shape of small, thick disks.

Lizzo
This Viral Lizzo-Themed Treadmill Workout Is So Good, Even Lizzo Loves It
by Jenny Sugar 3 hours ago

Wedding Beauty
This Hair Tutorial Has More Than 2.3 Million Likes on TikTok, So I Tried It
by Renee Rodriguez 4 days ago

TikTok
TikTok's Remi Bader Says Her Binge Eating Is "Not Getting Any Better," So She's Seeking Help
by Alexis Jones 5 days ago