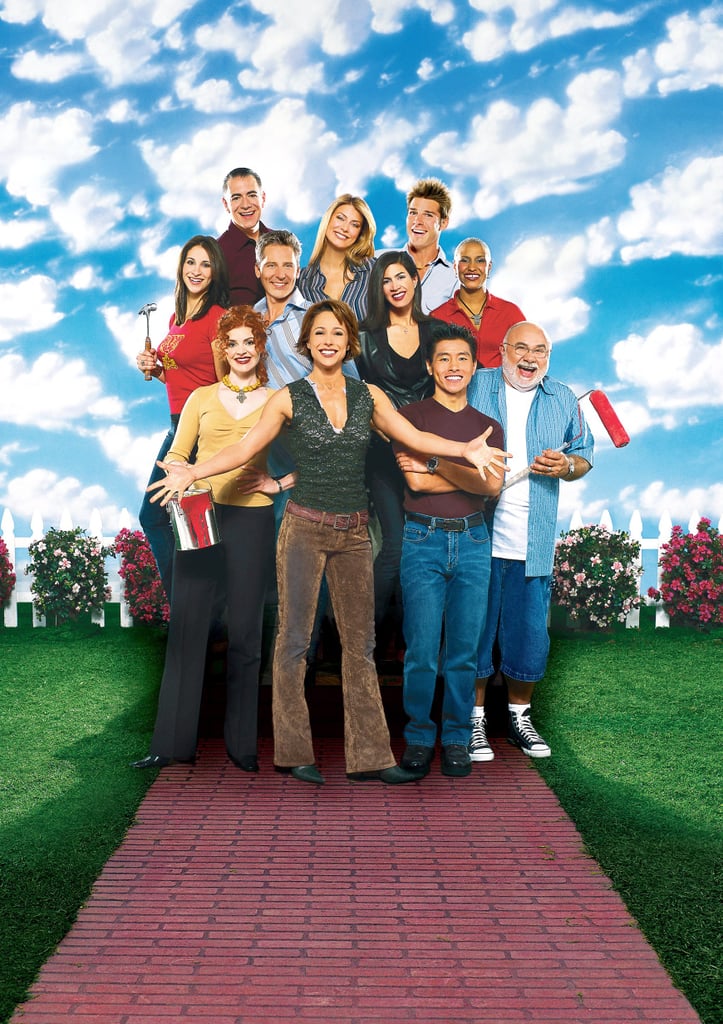 Once upon a time, before Honey Boo Boo, Jon and Kate, and even Cody and his wives, TLC was commonly known as The Learning Channel. It was a magical place where you learned to revamp rooms in your neighbors' homes using materials that a wacky designer may have found at a party store. (That's if you were lucky and didn't get Hildi, who wanted to use sand or something.)

Trading Spaces ran from 2000 to 2008, and gave us such treasures as carpenter Ty Pennington, who went on to host Extreme Makeover: Home Edition. Paige Davis was the face of the series, and she blessed us with her winning smile and clever one-liners beginning in season two. (True fans remember Alex McLeod as the host of the first season!)

Now that the channel is rebooting the design series for another go-around, we're looking back on the original episodes. Be warned that these pictures will remind you just how much has changed since the series first premiered!

Hold Onto Your Hats, Because Trading Spaces Is Coming Back and There's a Trailer to Prove It
Previous Next Start Slideshow
NostalgiaTLCTrading Spaces

Nostalgia
Pressing Replay: How Artists in 2021 Are Bringing Back That Signature '80s Sound
by Chanel Vargas 12 hours ago

Holiday For Kids
Keep the Change, Ya Filthy Animal: Stay at the Home Alone House For Less Than The Cost of a Pizza
by Kate Schweitzer 15 hours ago

Family Travel
You Can Stay in The Grinch's Cave For Less Than $20 a Night — Did Your Heart Just Grow 3 Sizes, Too?
by Kate Schweitzer 1 day ago