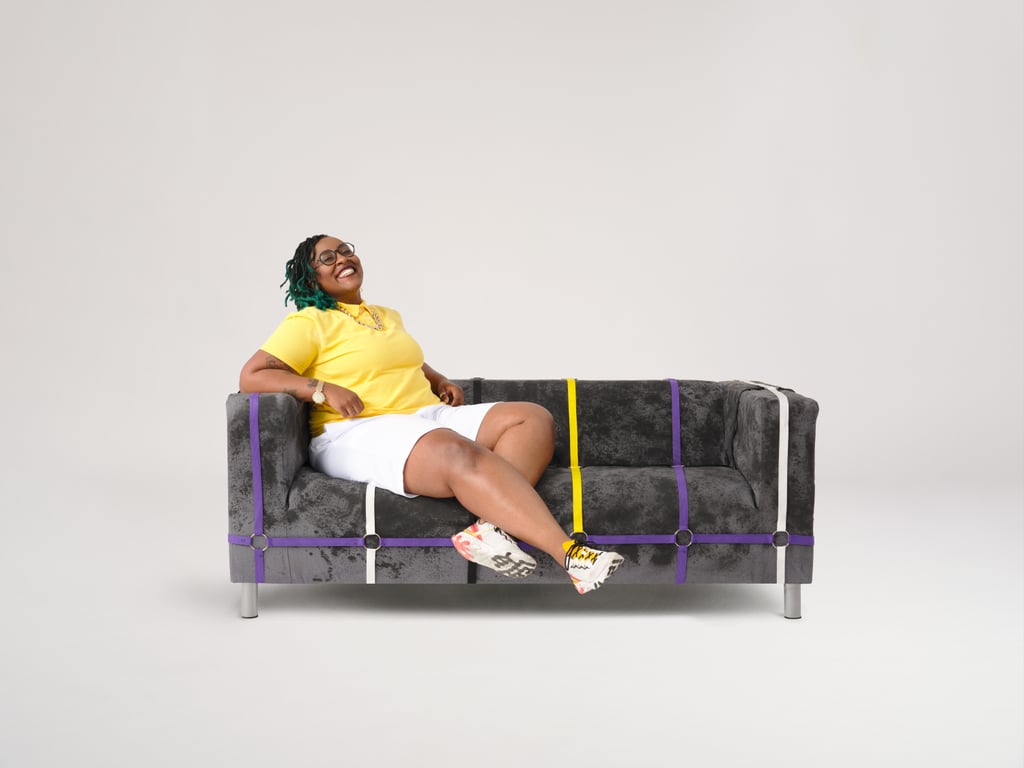 Inspired by the Nonbinary Pride Flag

When you think of Pride, it's easy to think solely of its rainbow-colored flag (it is a universal symbol!), but did you know that each letter in the LGBTQ+ and 2SLGBTQ+ communities has its own flag to represent them? In honor of Pride, Ikea Canada has recognized 10 flags in the 2SLGBTQ+ community (which additionally represents two-spirited people) with the one thing Ikea does best . . . furniture! Particularly couches (or "love seats," as Ikea is calling them). From vibrant pink, yellow, and blue sofas that represent the pansexual flag to pink, blue, and white sofas that represent the colors of the transgender flag, there are so many thoughtful and intentional couches to be mesmerized by — and it doesn't stop there! Each of Ikea's 10 Pride couches features a person from its said community who shares their story and talks about what their sexuality means to them. If you're interested in seeing these one-of-a-kind couches (that are truly more like artwork), have a look ahead.

Related:
Pride Is Every Day of the Year For Trixie Mattel — Here's How She Celebrates
Previous Next Start Slideshow
Decor InspirationIkeaSofasPride 2021LGBTQ+Pride Month

Demi Lovato
Demi Lovato Is Being Accused of "Queer Tourism" For Changing Her Pronouns. Here's Why That's Harmful.
by Emma Flint 1 day ago

Movies
Hari Nef to Play Candy Darling in Biopic: "She Taught Girls Like Me to Dream"
by Eden Arielle Gordon 6 days ago