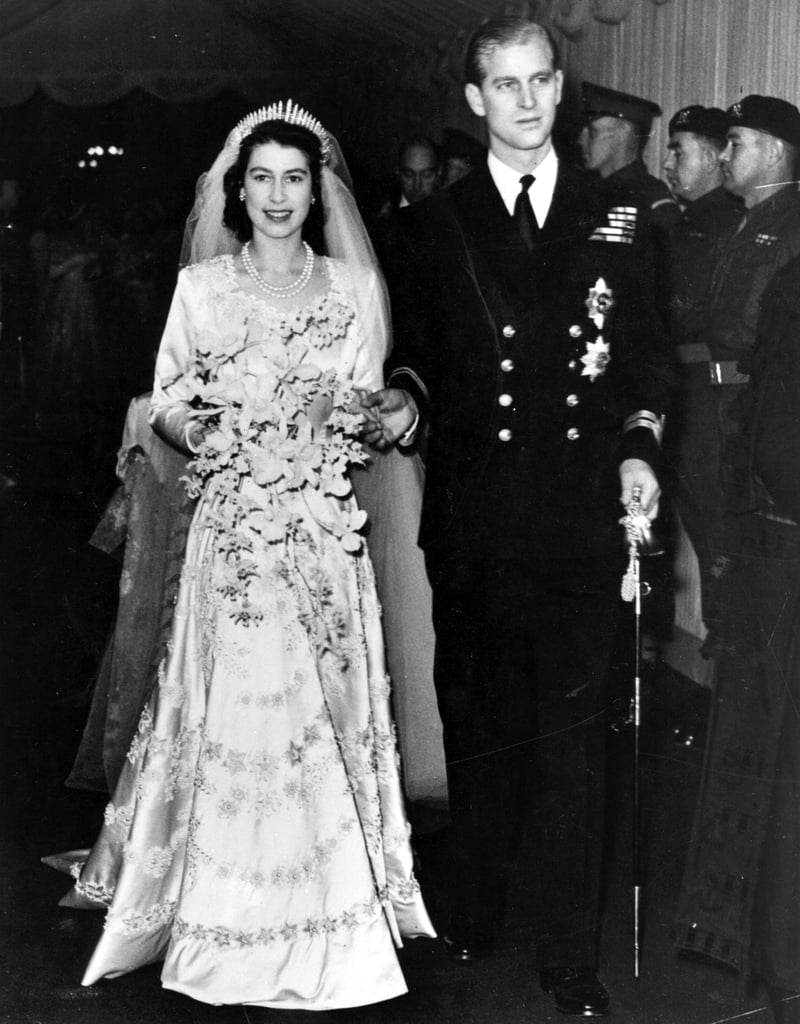 The bride's bouquet contained white orchids and, in keeping with royal tradition, a sprig of myrtle. Including myrtle in the wedding bouquet is a practice that was started by Queen Victoria and has been followed by every royal bride since. The cutting is even taken from a bush that was grown from the sprig in Queen Victoria's own bouquet. For the queen's wedding to Prince Philip, Westminster Abbey was decorated with white lilies, chrysanthemums, carnations, roses, camellia, and ivy — and for the reception at Buckingham Palace, the tables were set with vases of pink and white carnations.