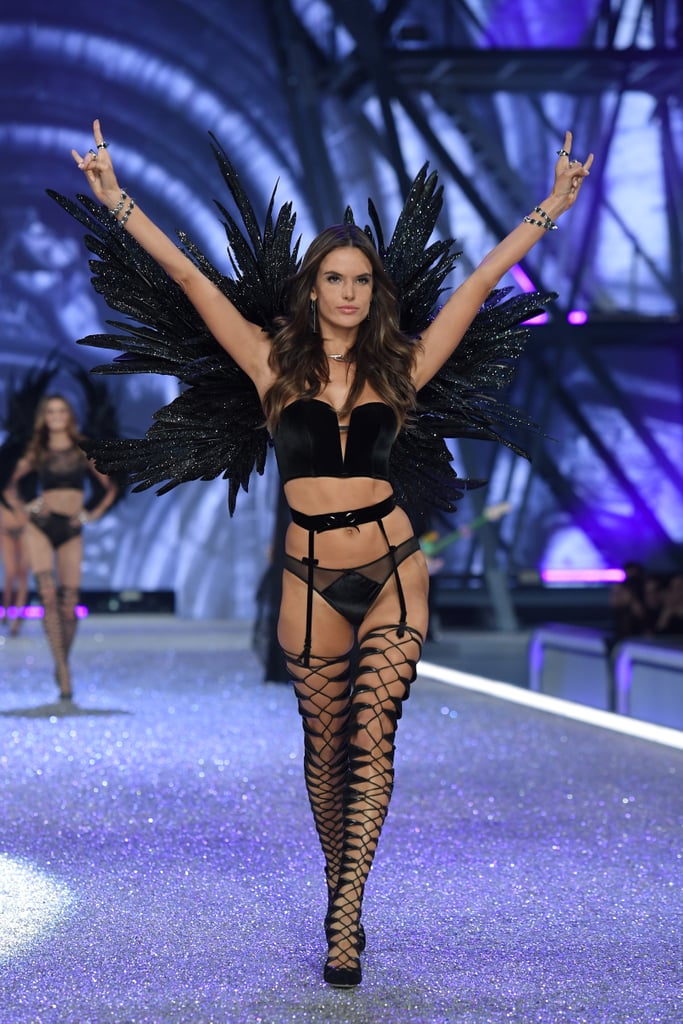 Victoria's Secret Angel Alessandra Ambrosio has been walking in the VS Fashion Show for more than a decade, but even so, her appearance at 2016's star-studded show in Paris was sexier than ever.

This year, the Brazilian-born model and mom to Anja Louise and Noah Phoenix turned heads in a series of hip-hugging and fiercely sexy lingerie sets only she could pull off. Can we talk about that sparkly all-black look? It's safe to say that Alessandra's outfits (and abs!) deserve a full round of applause. Keep scrolling to see them up close before the show airs on CBS on Dec. 5. Then, check out her fellow longtime Angel Adriana Lima's equally sultry moments on the catwalk.