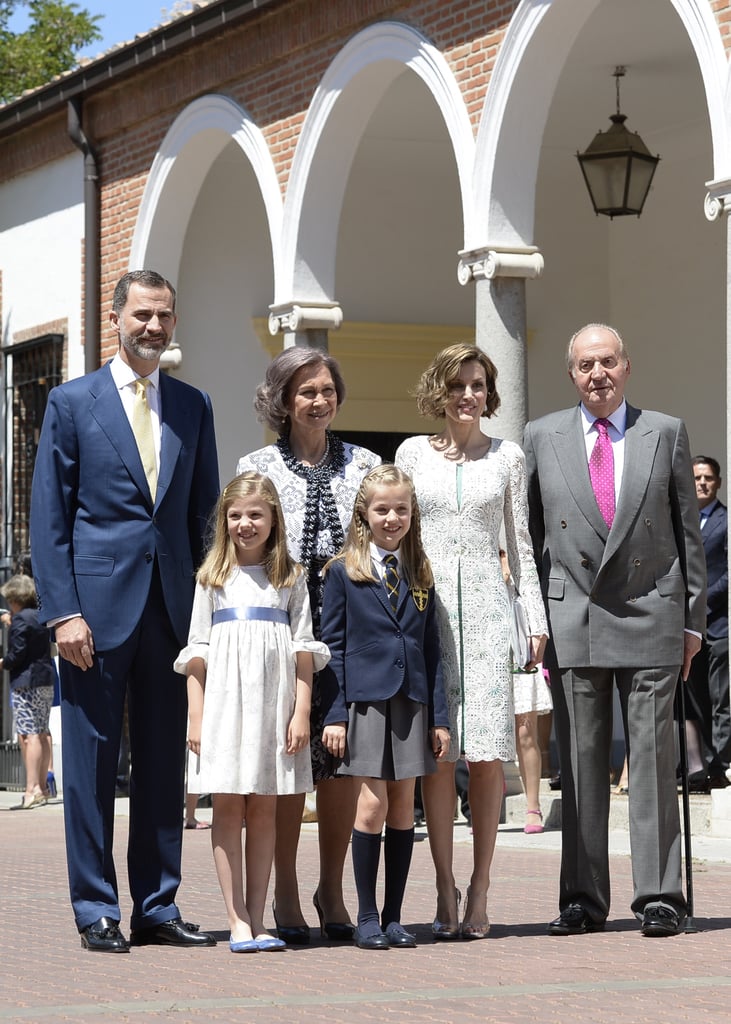 The Best Photos of the Spanish Royal Family in 2015

King Felipe VI and Queen Letizia have had a busy year 2015, traveling around the world for official business — even making their first appearance in the US since they took the throne — but they're not the only Spanish royals who gave us lots of adorable pictures and moments. Queen Sofía, Princess Leonor, Infanta Sofía, and, let's not forget, former king Juan Carlos I also made a mark as they stepped out for the past few months looking stylish, smiling for the cameras, and sharing family events with the world. Keep reading to see 2015's best pictures of the entire Spanish royal family, and then check out a timeline of Princess Leonor and Infanta Sofía through the years.