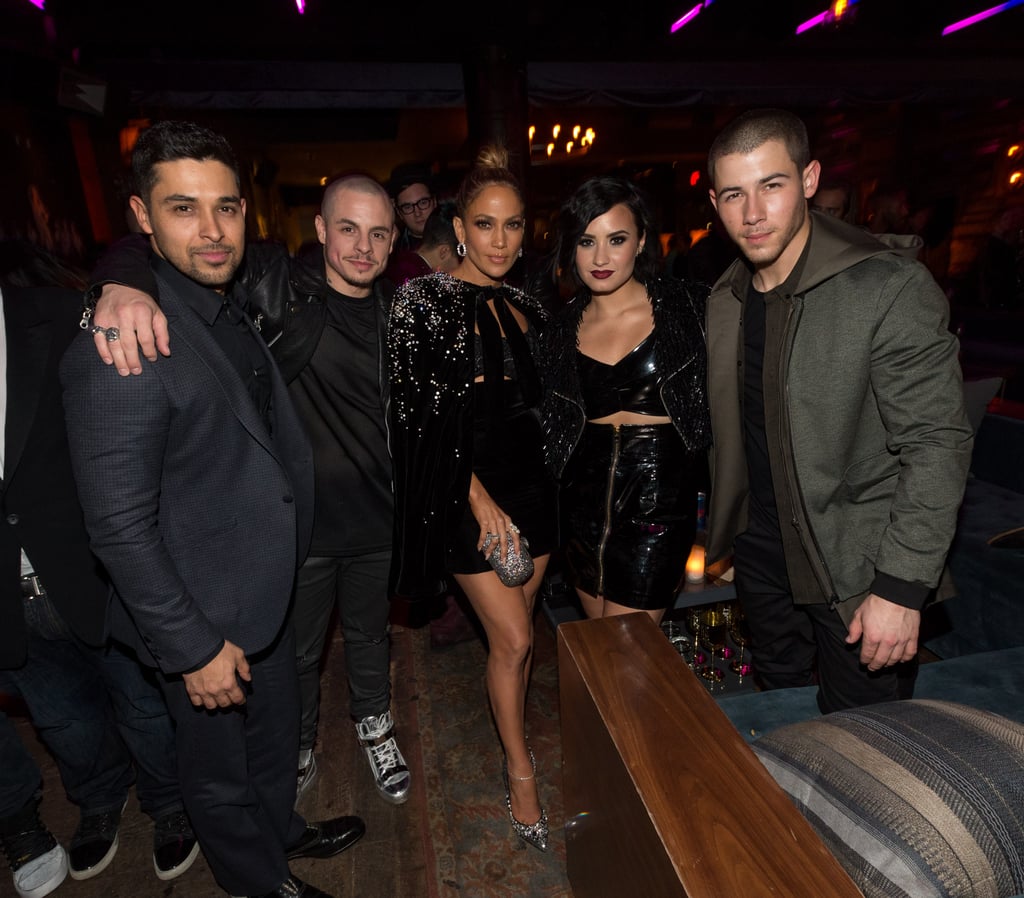 Demi Lovato had a great night at the 2015 American Music Awards. Not only did she get to wear an incredible 1920s-inspired gown and perform twice (once with Alanis Morrisette), but she also got to see and spend time with some of her best friends.

Sitting next to her boyfriend, Wilmer Valderrama, Casper Smart, and Meghan Trainor, Demi got down during a few of the musical performances. Later in the night, she posed for photos with Ariana Grande and her family — we hope they talked about that possible duet — and caught up with Jennifer Lopez backstage. The "Confident" singer also got close to some new friends, meeting "Talking Body" singer Tove Lo and snapping pictures with Ellie Goulding, Julianne Hough, and Gigi Hadid. Keep scrolling to see all of Demi's encounters at the award show, then check out the most amazing moments of her performances.