Diego Luna just had what might be the most epic interview on The Ellen DeGeneres Show ever. We wouldn't be shocked if the Mexican actor, who is promoting his new amazing role in Rogue One: A Star Wars Story, decides to only ever sit down with Ellen when promoting new projects. She not only pulled out an amazing throwback of Diego during his childhood telenovela actor days (featuring a cameo by his BFF Gael García Bernal) but she also made his childhood birthday dream come to life by giving him a Power Wheels car. Just look at the picture below to see how excited Diego was about that!

The 36-year-old actor, who has two kids with former wife and Thalia's niece Camila Sodi, also talked about how surreal it is to appear in the Star Wars franchise, saying: "A Mexican in Star Wars, come on! And in a role that actually lasts more than 10 seconds, right?" Press play above to see the full entertaining interview. 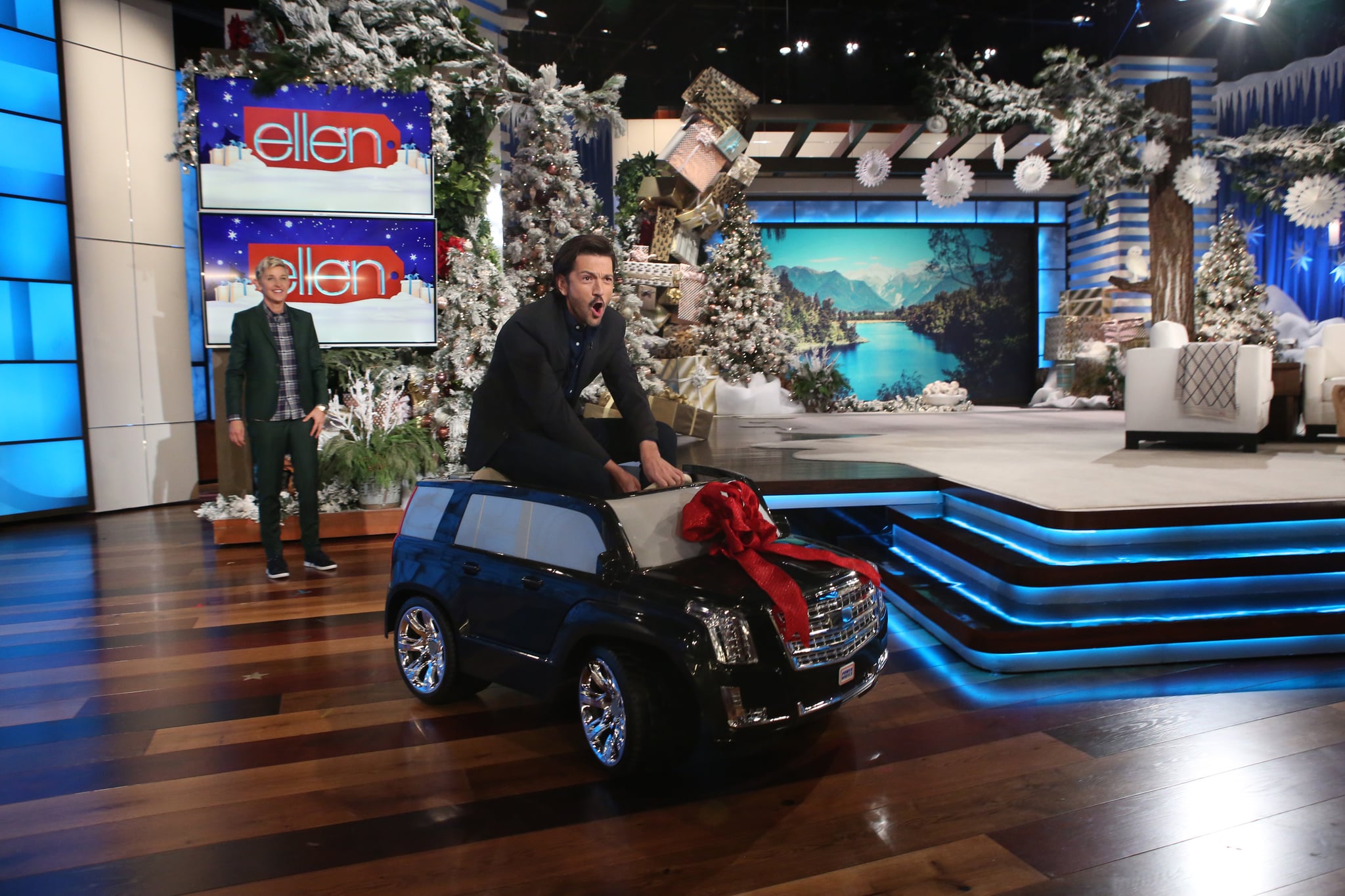