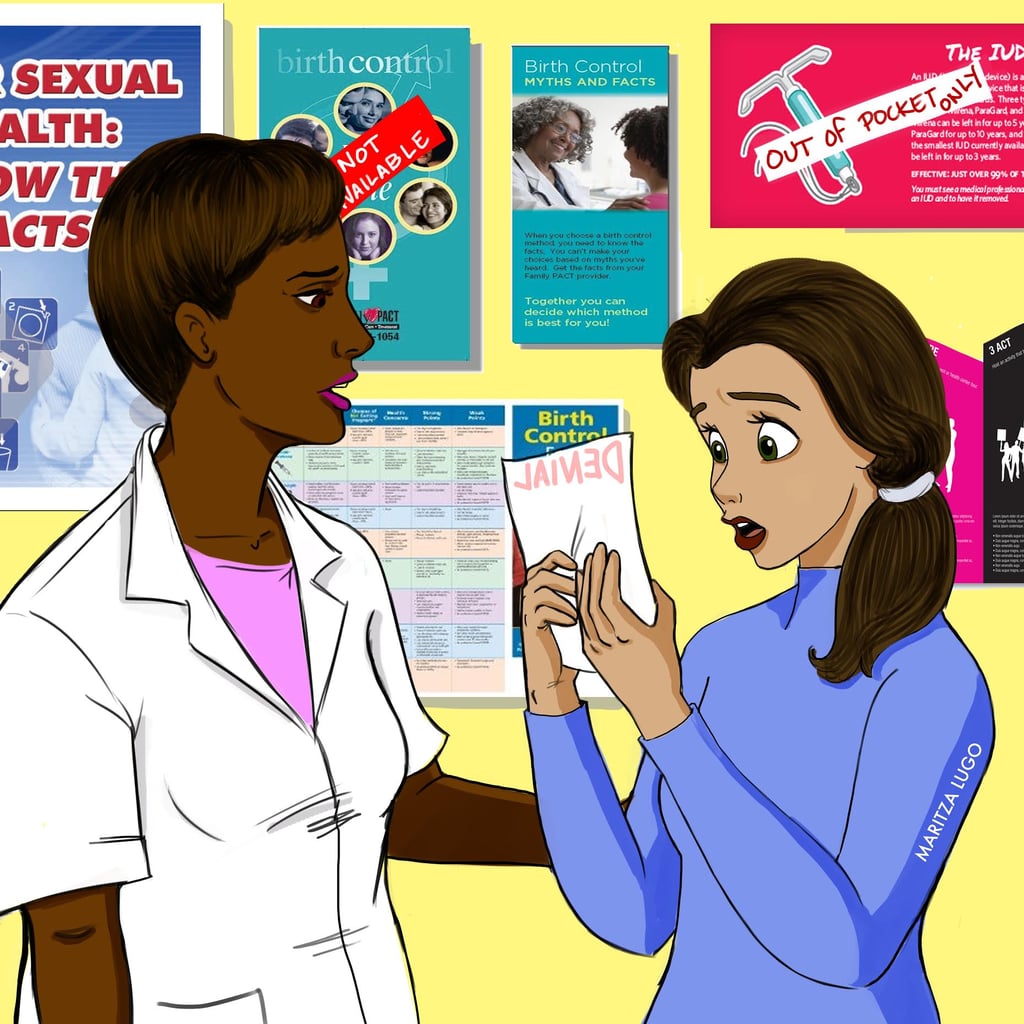 Belle, Ariel, and Elena of Avalor are all dealing with the effects of a world without Obamacare in these illustrations created by a duo of creative Latinas, illustrator Maritza Lugo and writer Danielle Sepulveres.

With the fate of the Affordable Care Act (popularly known as Obamacare) still up in the air, Maritza and Danielle decided to use everyone's favorite princesses to show off the devastating implications that the repeal will have for millions of Americans — specifically women.

"At the end of 2015, I contacted Maritza and asked if she'd be interested in drawing re-imagined Disney princesses to bring awareness for cervical cancer awareness month," Danielle told us via email. "This year, we decided to revamp that project and brainstormed how we could be most effective in showing the consequences of the repeal of ACA, looming ominously over essential healthcare for women." The results: Pocahontas being denied coverage because of a pre-existing condition, Belle having to pay for a new birth control prescription, and Elena facing protestors outside of Planned Parenthood. Scroll ahead to see the poignant illustrations and read what Maritza said about each of them on Instagram.