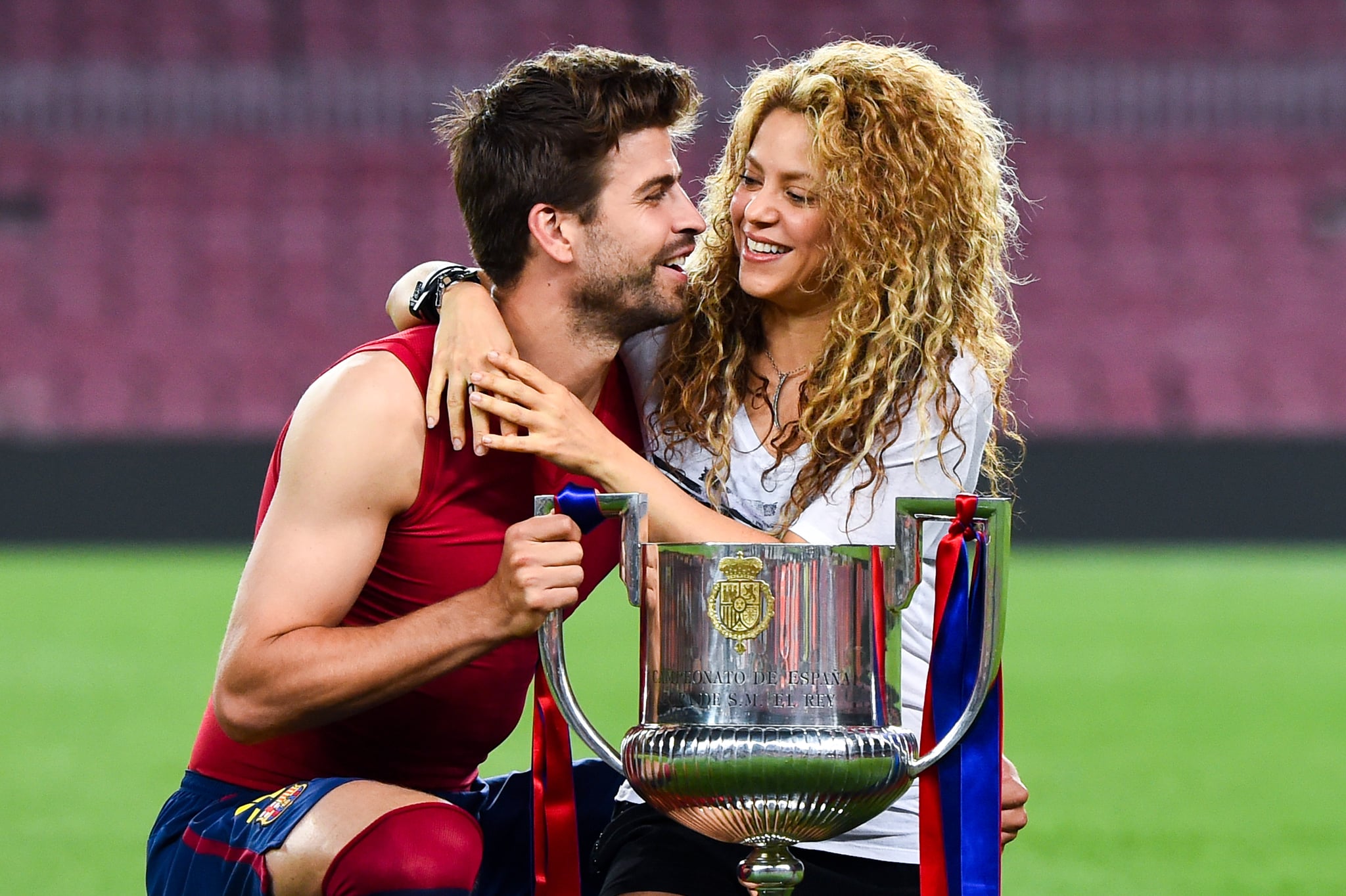 Dating one of the best soccer players in the world has its perks — you get to go to amazing games and your children get to make their first goals in world-renowned stadiums filled with people — but also (apparently) its hazards. In a video posted by Shakira on Facebook, her boyfriend, Gerard Piqué, who plays with FC Barcelona, is kicking a small ball against the wall of what looks like the couple's bedroom when Shakira comes out of the room and almost gets hit by the ball as Gerard laughs in the background. The soccer player's shooting skills are so on point that we can only assume he meant to give Shakira a scare for the sake of a funny video and missed her by inches on purpose. Watch the video below, and then check out the couple's youngest son's precocious soccer skills.

This is what it's like living with a footballer! / Esto es vivir con un futbolista! Gerard Piqué
Posted by Shakira on Monday, August 10, 2015

Jane Fonda
Yes, Tom Hayden of the Chicago 7 Was Married to Jane Fonda
by Amanda Prahl 2 hours ago

Celebrity Instagrams
Love Island's Justine and Caleb Enjoy a Pumpkin Patch Date, and It's the Romantic Glow For Me
by Brea Cubit 1 day ago