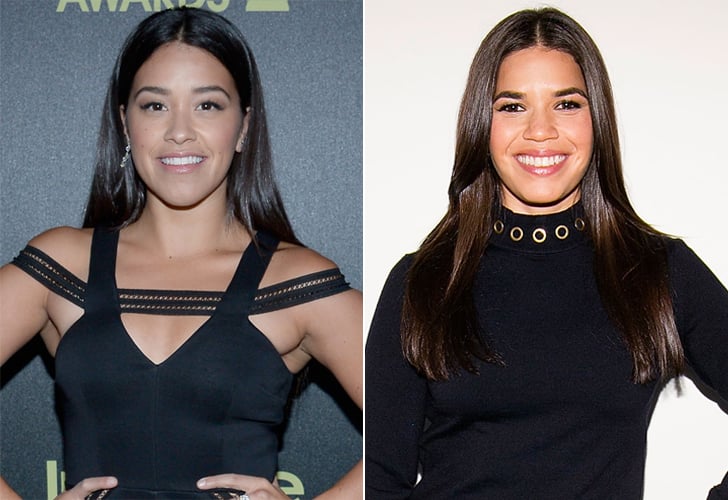 The 2015 Golden Globe nominations are in, and though there are plenty of surprises to discuss in the nomination list, everyone is talking about one thing only: the Golden Globes Twitter account confused Superstore's America Ferrera with Jane the Virgin's Gina Rodriguez.

The tweet, which has been removed and replaced, originally read, ".@HereisGina is kicking off the @goldenglobes nomination announcements #GoldenGlobes," and it featured a photo of America with fellow presenters Chloë Grace Moretz, Angela Bassett, and Dennis Quaid. Oops! In the Golden Globes' defense, Gina was at another event hosted by the organization the night before the nominations were announced, which might have created some confusion — we're just saying; it happens. Either way, we're sure Gina is laughing this off and celebrating her second nomination in a row for best actress, TV musical or comedy.