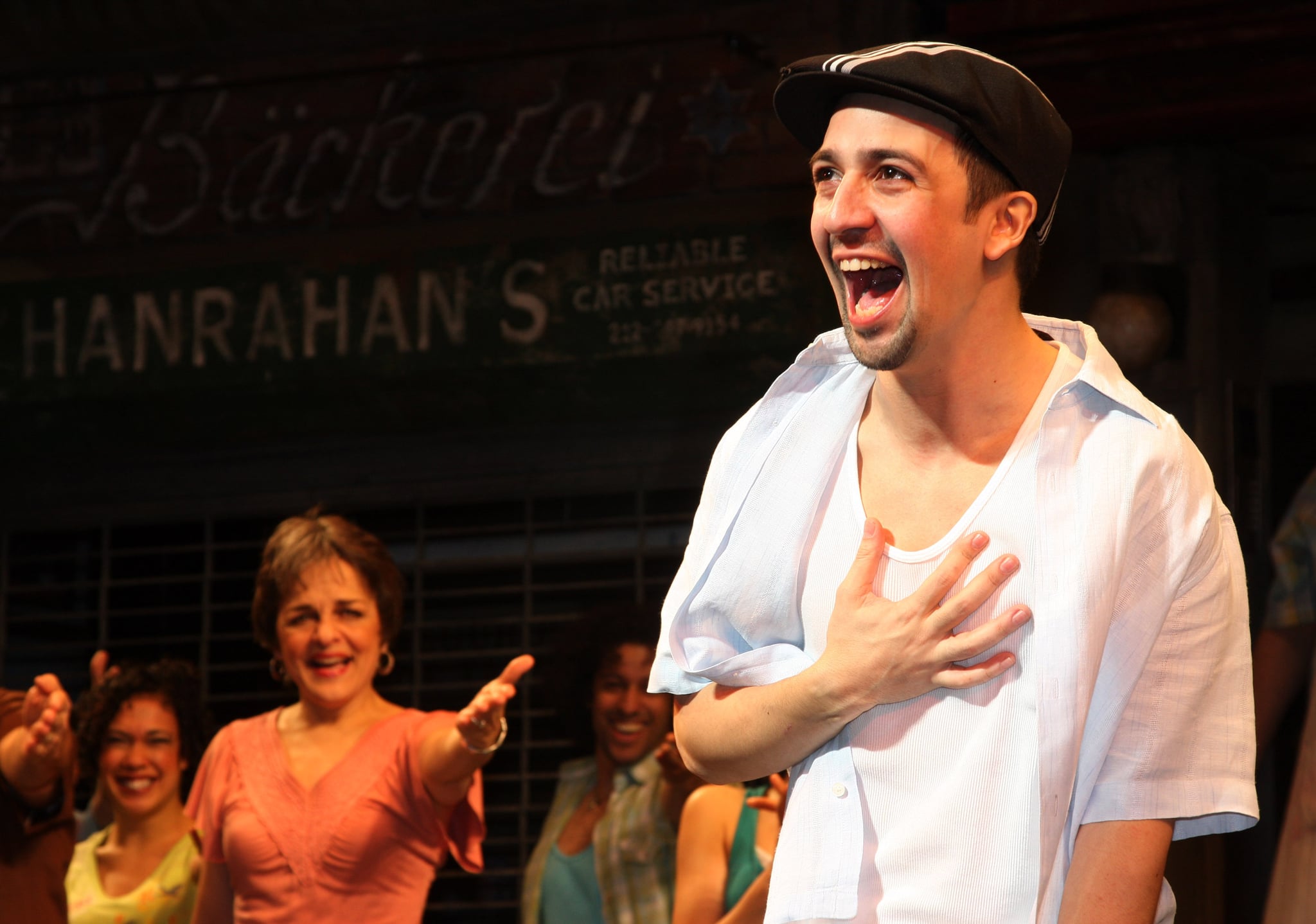 Singing in the middle of a packed Barnes & Noble was something I never expected to be doing on a Monday evening, or ever, for that matter. But there I was, surrounded by a crowd of fellow In the Heights fans, dancing along to the cast recording with such enthusiasm, I momentarily forgot we were in a bookstore and not, in fact, at a carnaval del barrio. It was the cast's 10th anniversary reunion, and despite the hours-long wait before they were to take the stage, the excitement in the room was palpable. Looking around at the sea of homemade Heights shirts and costumes, the show's impact was easy to see. Despite having closed on Broadway years before, In the Heights was still alive and thriving among its fans.

Lucky for us, the Tony Award-winning musical is making a comeback — this time, on the big screen. As the song goes, "it won't be long now" — and the film, set to come out in 2020, is an adaptation of Lin-Manuel Miranda's Broadway debut, taking place in his hometown of Washington Heights, Manhattan. It follows Usnavi de la Vega (Anthony Ramos) and his friends-turned-family in the close, predominantly Hispanic-American neighborhood. Among them are Usnavi's childhood friend Nina (Leslie Grace), his longtime crush Vanessa (Melissa Barrera), and his quasi-grandmother Abuela Claudia (Olga Merediz). With Miranda himself acting as a producer of the film, it's definitely something to get excited about. Paciencia y Fe! 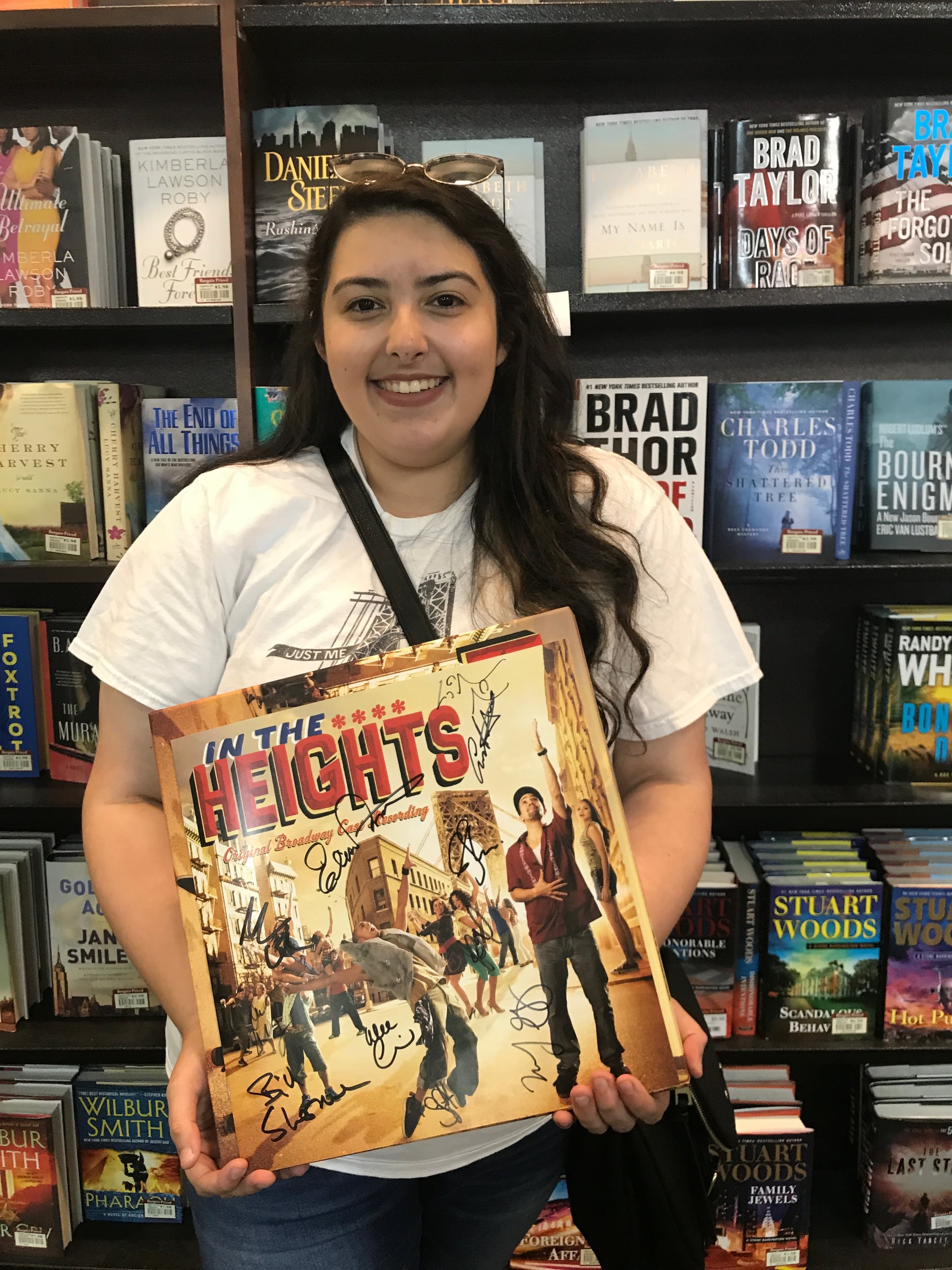 There are a thousand things I love about In the Heights, easily. Yes, it's that good. It was my first major introduction to Latinx culture outside my own upbringing on the different things the identity can mean. In the Heights is about representation, but not just in the traditional sense. While the cast of characters come from various backgrounds, they also have very different relationships with their cultures. There's Abuela Claudia, who grew up in Cuba and later moves to the US, left with memories of her childhood abroad. Usnavi was born in the Dominican Republic but is too young to remember it and can't wait to go back. There's even Nina, who's the first in her family born in the US by her Puerto Rican parents. The show sends the important message that being Latinx isn't just one thing: there's no wrong way to do it.

No character better exemplifies this experience for me than Nina and her struggle to make sense of her relationship with being Latina. Nina is caught between her own experience of being born and raised in America while still appreciating her Puerto Rican heritage. Ever the bookworm, she commits to studying hard, learning Spanish, and even getting into Stanford to try to make sense of it all, and she still feels like she's falling short of figuring it out. Girl, same.

As for myself, if Carla is Chile-Domini-Cu-Rican, I'm Salva-Italia-Spanish, though I spent most of my childhood growing up in a predominantly Asian neighborhood. Finding a balance between all this is still a work in progress, to say the least. But before seeing a character like Nina, I'd always felt like I was falling behind. My Spanish was more like Span-ish, a jumble of words I remember from growing up around my abuelitos that I definitely never conjugated correctly. I could tell you exactly what to order at a Salvadorian restaurant, but I could never pronounce it correctly. It's a weird experience to grow up on what feels like the outskirts of a culture, and Nina was the first character I saw who felt like she was walking that same line, too. I figured that if she didn't have it all figured out yet, then it was OK if I didn't, either.

Before In the Heights, I'd never really noticed the lack of Latinx representation in my life. This show changed all that, not only giving me characters to appreciate but actual people, like Mandy Gonzalez, who brought Nina to life on Broadway. For the first time, I had people I looked up to who looked a little like me. With the movie opening up the world of Washington Heights to a bigger audience, I'm excited to see a new generation of Ninas and Usnavis getting to see themselves represented on the big screen, too.

Ghostbusters
The "Ghostbusters: Afterlife" Sequel Has a Release Date
by Njera Perkins 7 hours ago