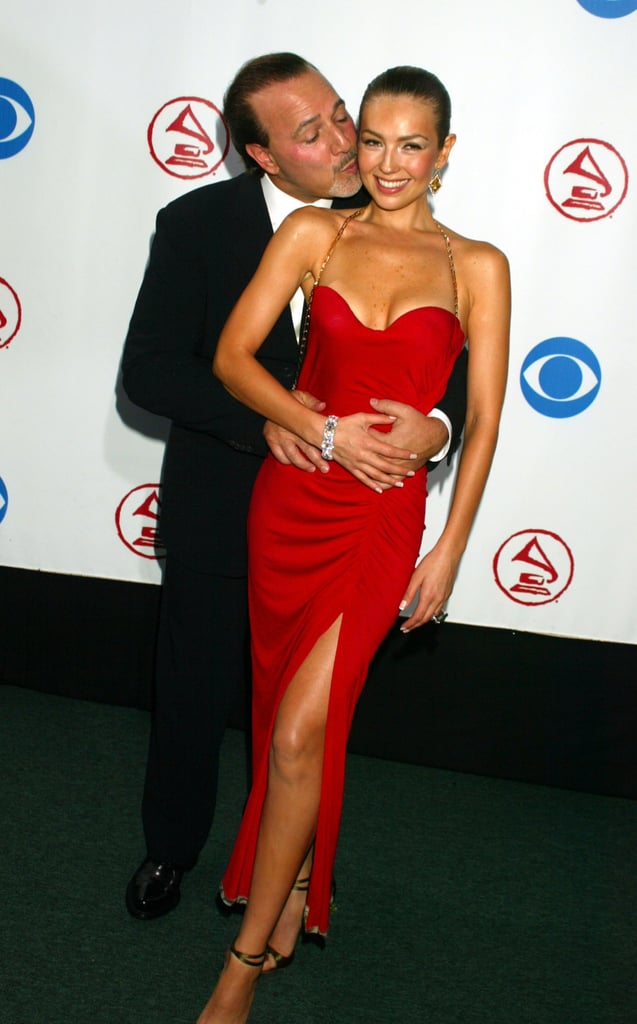 Thalia and Tommy Mottola have been married for almost 17 years, and after two kids and nine Thalia albums, the couple are going strong, always right by each other's side.

Fun fact: the two were actually set up by Gloria Estefan's husband, Emilio Estefan. "He kept talking to me about a guy that he knew and I should meet him because we're like two drops of water and he kept saying the same thing to Tommy. I was like, 'What am I going to do with a guy who just got divorced and has kids?' and he was like, 'What am I going to do with a singer and an actress?'" she told HuffPost in 2011. "I was in New York for just one night, so we met for drinks and the rest is history." Clearly, Thalia and Tommy fell in love at first sight, but the two work hard at their relationship, with Thalia saying respecting each other and developing memories together are keys to their success. Their love is endless, and it totally shows in these photos.

Related:
You Won't Fully Appreciate the Beauty of Thalia's Wedding Dress Until You See It Up Close
Previous Next Start Slideshow
NostalgiaCelebrity CouplesThaliaTommy Mottola

Diddy
Diddy and Yung Miami Are Fueling Dating Rumors Yet Again, So What's Really Going on?
by Kelsie Gibson 2 hours ago