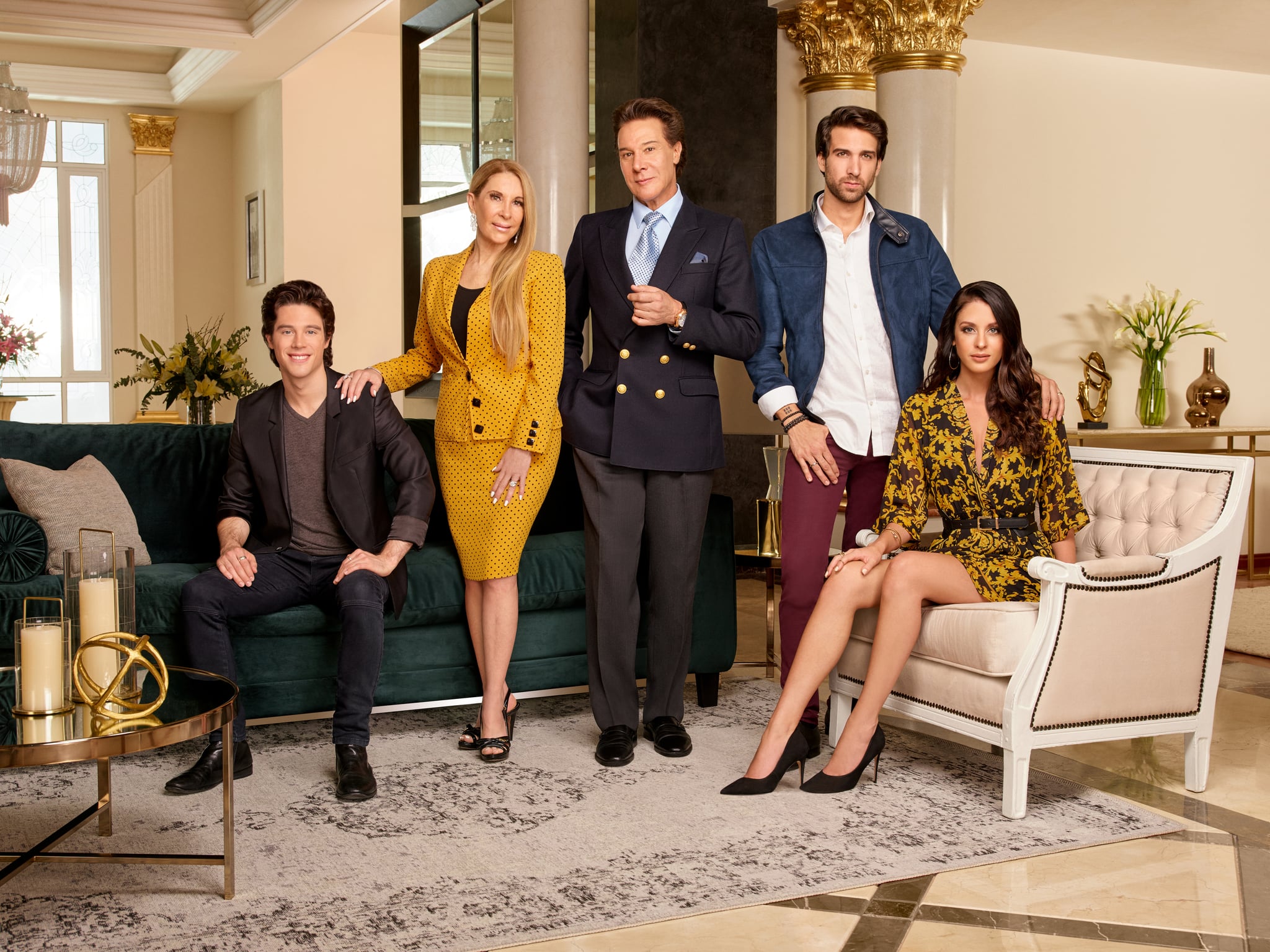 "La sangre llama," said Fernando Allende about his family. The 66-year-old Mexican legend, with over 30 movie credits and TV shows to his name, and more than a dozen best-selling records, is one of the stars of Bravo's new reality show Mexican Dynasties. On the show, we get a glimpse of the lives of three family dynasties — the Allendes being one of them — and take part in their journeys, where they challenge stereotypes, raise a few eyebrows, and proudly showcase their over-the-top lifestyles. As with all Bravo reality shows, viewers see it all: the good, the bad, and the ugly. There's sibling rivalry, there's jealousy, there's even a little rebellion. But above all of that, something that's very palpable in the series is hat, no matter what happens, family is family, and at the end of the day, they always have each other's back. POPSUGAR spoke with the family to go even further behind the scenes.

The Allende family all works in the entertainment business, although they've each taken their own path. Fernando is one of the few actors of his generation to cross over from Mexico to Hollywood. Before his Hollywood career, he was considered a Telenovela heartthrob, and one of the most recognized voices of his time. 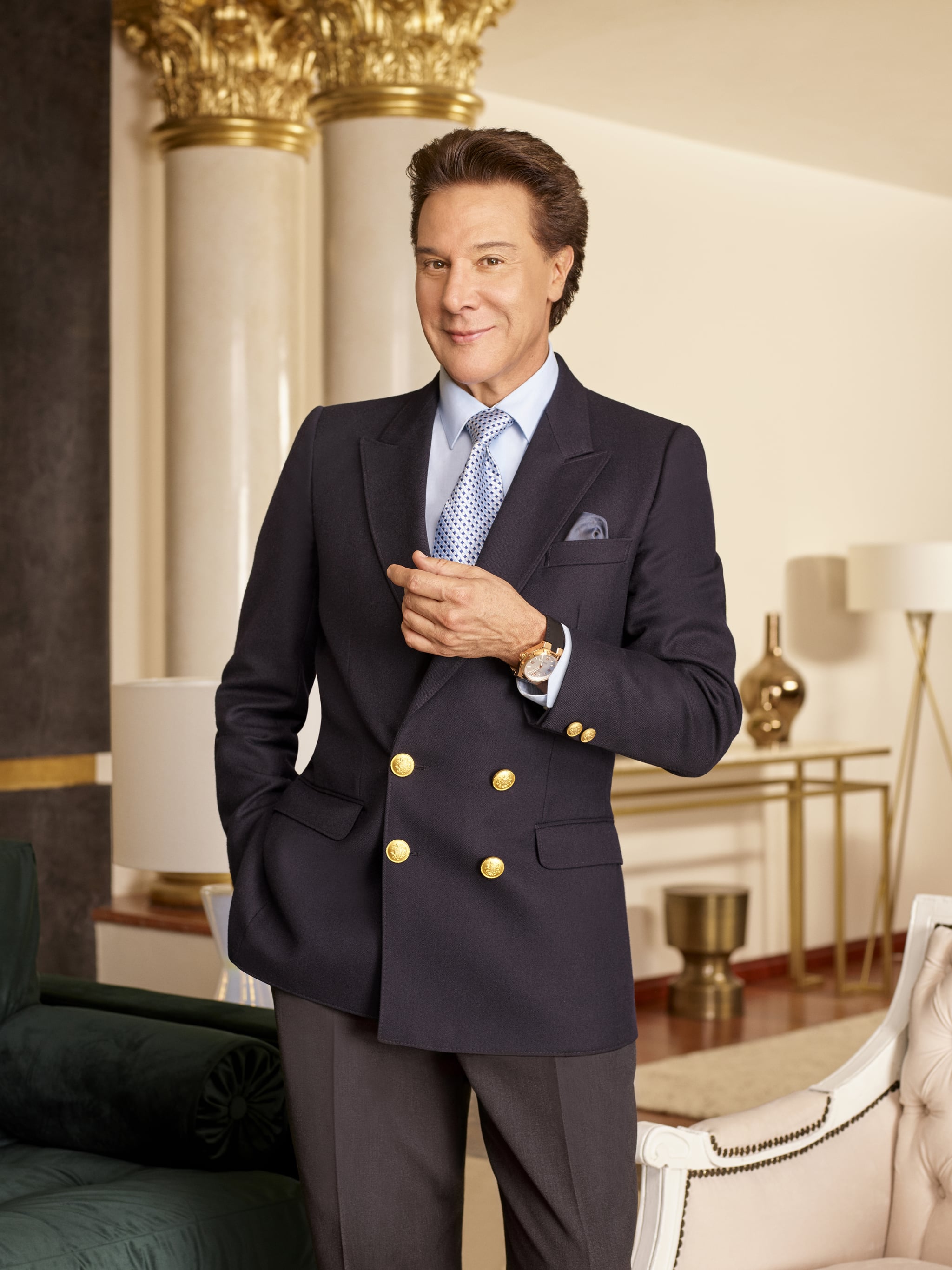 Fernando married Mari Mediavilla, a businesswoman from Puerto Rico, in the late 1980s. They had two kids, Elan and Adan. The family has since expanded, with their older son, Elan, marrying Miss World Puerto Rico 2009 Jennifer Colón (now Jenny Allende), and having two kids of their own: María Valentina and Fernando José.

Mari also plays double duty as Fernando's manager. And while you might think that working with your significant other is a recipe for disaster, it makes life so much easier for these two. "Fernando had quite a few negative experiences with previous managers misusing his funds, and that's the reason why we both decided that I would step in," said Mari. "What I'm trying to do with my position is to take care of my family and keep it all in-house, which has worked out pretty well for us after 33 years of being together and almost 32 years of marriage," said Mari. So, how do they make it work? "You never go to bed upset at each other," said Mari. "No matter what happens, you just make up right before going to bed because you never know what could happen tomorrow." 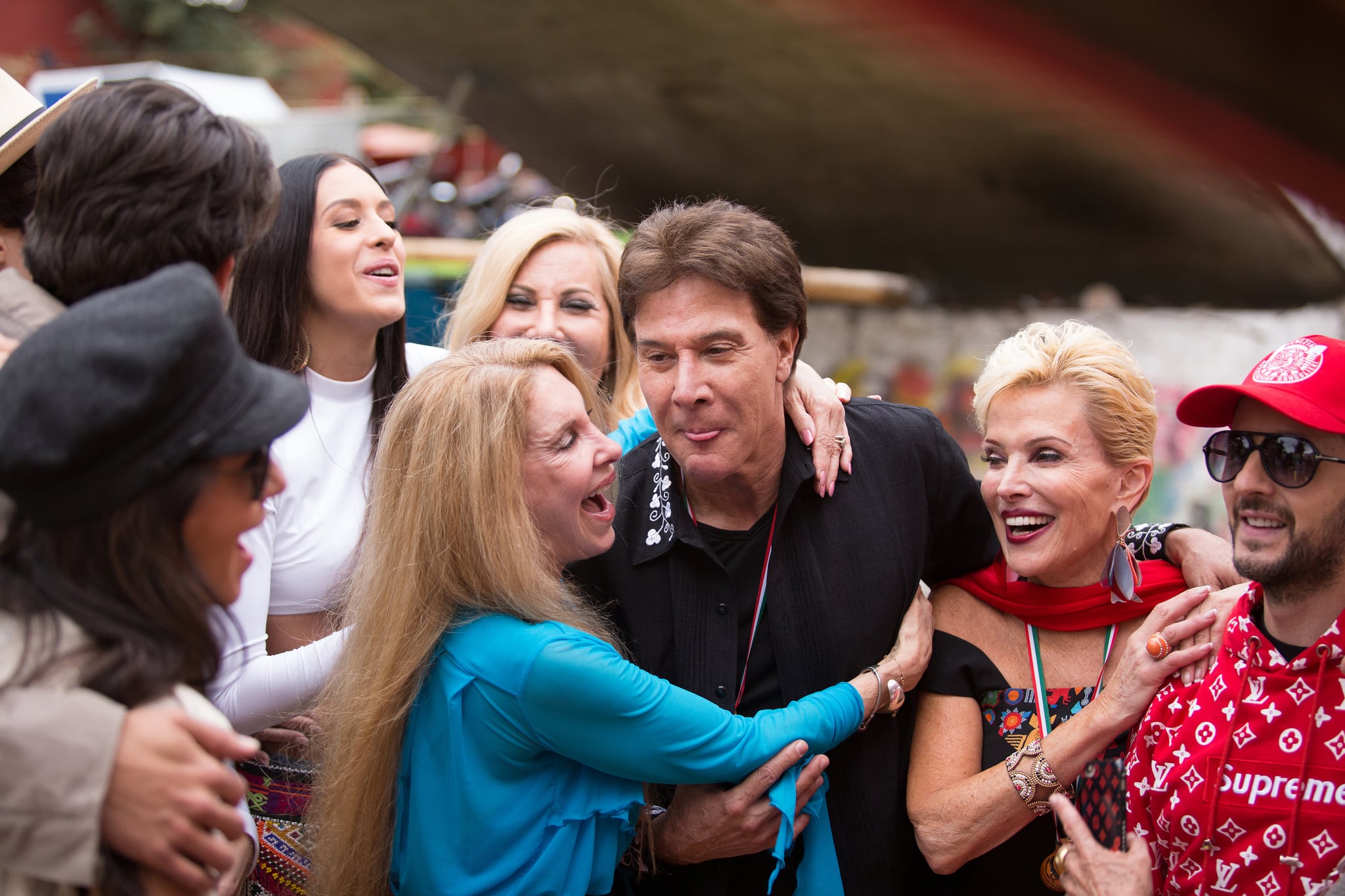 One thing that's certain to happen in the mornings, though, is Adan, their youngest son, crawling into bed with them "for cuddles." But, did we mention he's 28 years old? He lives with his parents, which, in all fairness, is totally normal in a Latino household, since you leave your parents' house when you're about to get married. Besides being very attached to his parents, Adan's passion is music, and he wants to be a rock star. "Harry Styles is one of my biggest influences. I want to be a rock star. So that's the goal," he said. He hopes to collaborate with his brother Elan and sister-in-law, Jenny, who are also pursuing a musical career as a duo called Shambayah. But they're more of Latin pop ensemble with hints of tropical and urban sounds. 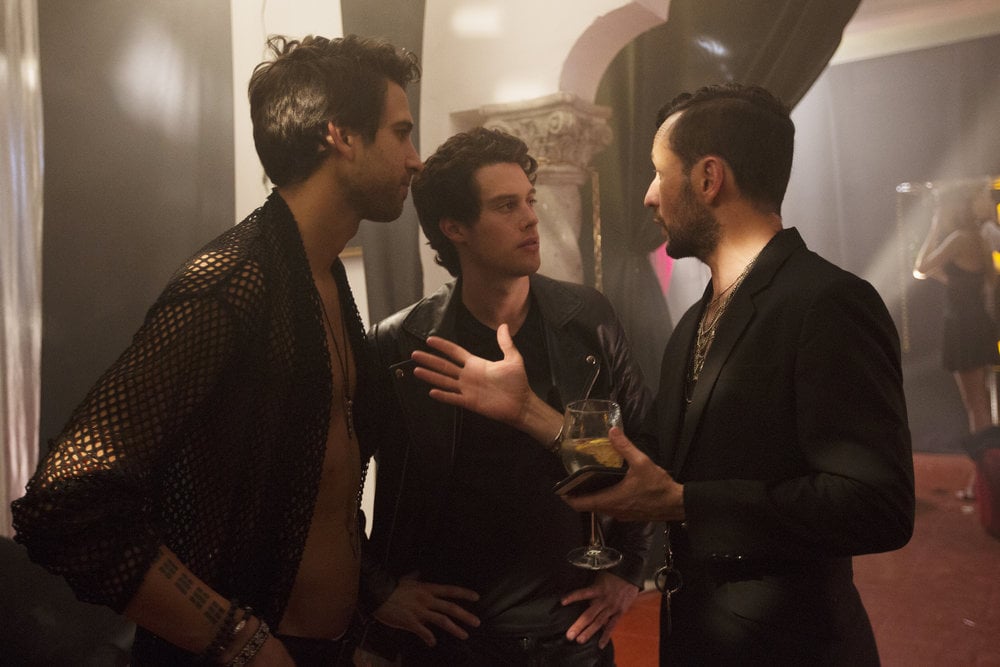 "My two kids are both very musical," Fernando said of his sons. "Both of them were born in the industry. We made it a point when they were kids to bring them on location to recording studios, to movie studios, whenever we could. This is not new to them." Elan and Adan were in a band called Allende over ten years ago, but Elan met Jenny and fell in love, and their trajectory came to a hault. Elan's family made him choose between the band or what they thought was a "young love" that was going to pass, and Elan chose love. The relationship with his family took a hit, and Elan distanced himself, moved to Miami, and worked in real estate to support his own growing family. 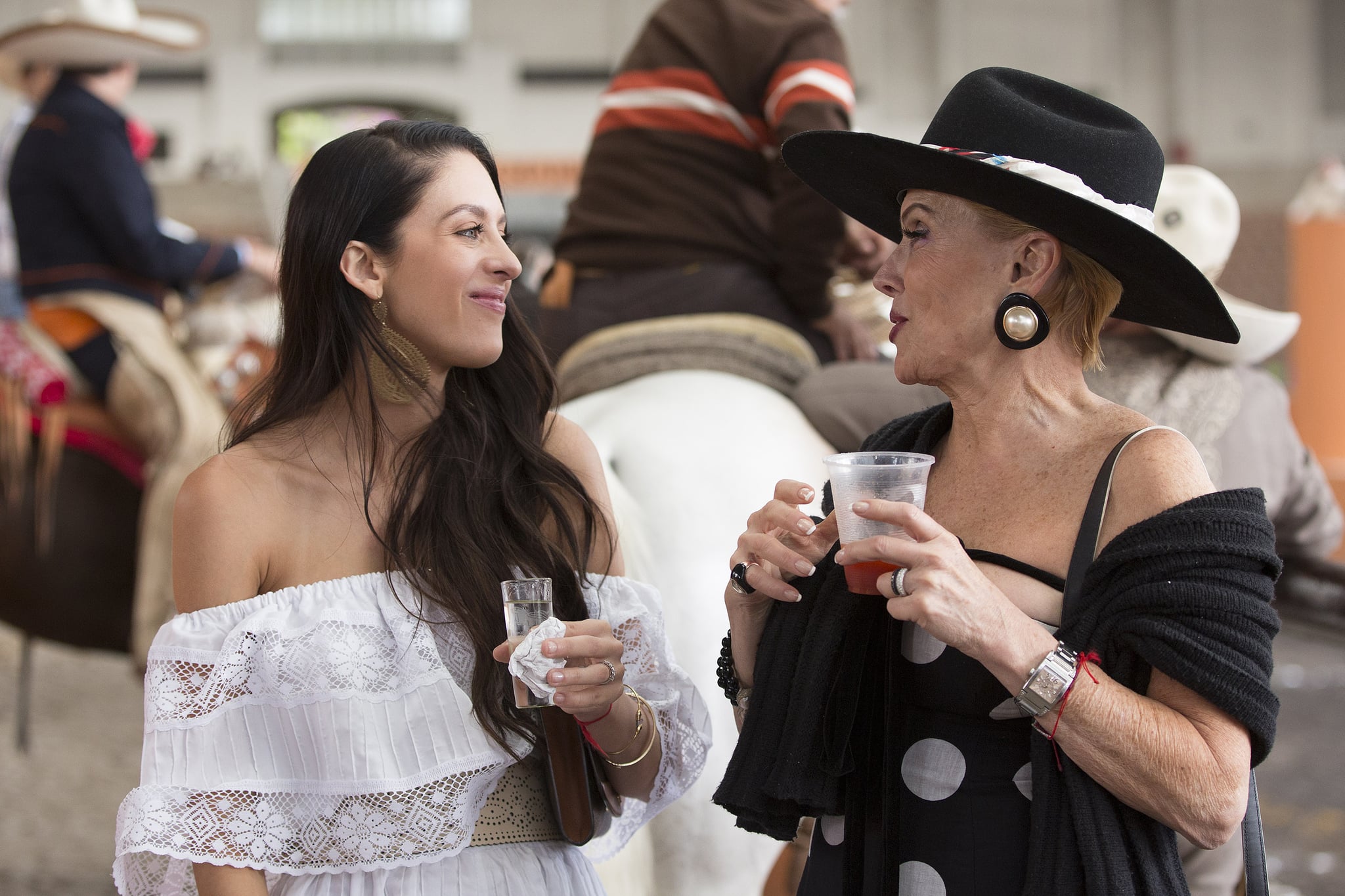 Ten years and two kids later, Elan and Jenny's relationship with the Allendes is definitely on the mend. "I think that Jenny is the best thing that ever happened to Elan," Mari said proudly, "And I think that the five of us and the children will stick together through thick and thin, we will help each other, and we will be there for each other always and unconditionally." Elan and Jenny even moved back to Mexico and signed with a record label without Fernando's help. "Elan decided to do it on his own," said Fernando. "He had the pride to do it on his own and to not use any connection that Mari and I could have. That is very respectful, very honorable."

Adan, on the other hand, is taking full advantage of his father's connections. "We're all individuals, we don't need to think the same way," said Fernando. "We all have the opportunity, the chance to agree or disagree, we all have the freedom to speak openly of whatever we want to speak, so it's a different philosophy and I respect them both." 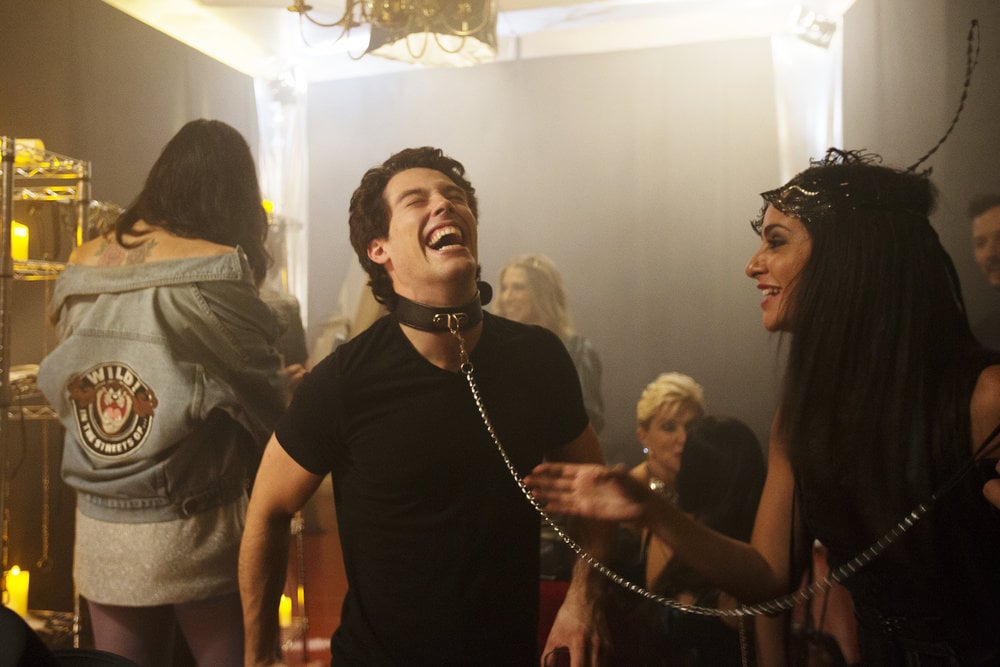 As for Jenny, she has settled well in Mexico with the Allendes. She's been able to take her husband's past experiences with his family and learn from them in order to give her children the best life possible. "If we're going to push for a music career and have to travel and go all in, we realized it would be the best-case scenario to homeschool the kids so we could spend more time with them," said Jenny. Elan agrees, and added he's thankful that his family taught him the discipline he needed to succeed in life.

They have their ups and downs, drama, silly moments, and laughter — not unlike most families. They're hilarious to watch, extremely entertaining, and their dynamics will definitely resonate with you one way or another. "Love reigns over all," said Adan. "What keeps our family together is compassion, mutual respect, and affection." Fernando agreed and said, "We're here to support each other, to abide by the truth, to be a guide, and be present whenever needed while respecting everyone's individual decisions."

You can follow the Allendes on Mexican Dynasties every Tuesday at 10 p.m. ET on Bravo.