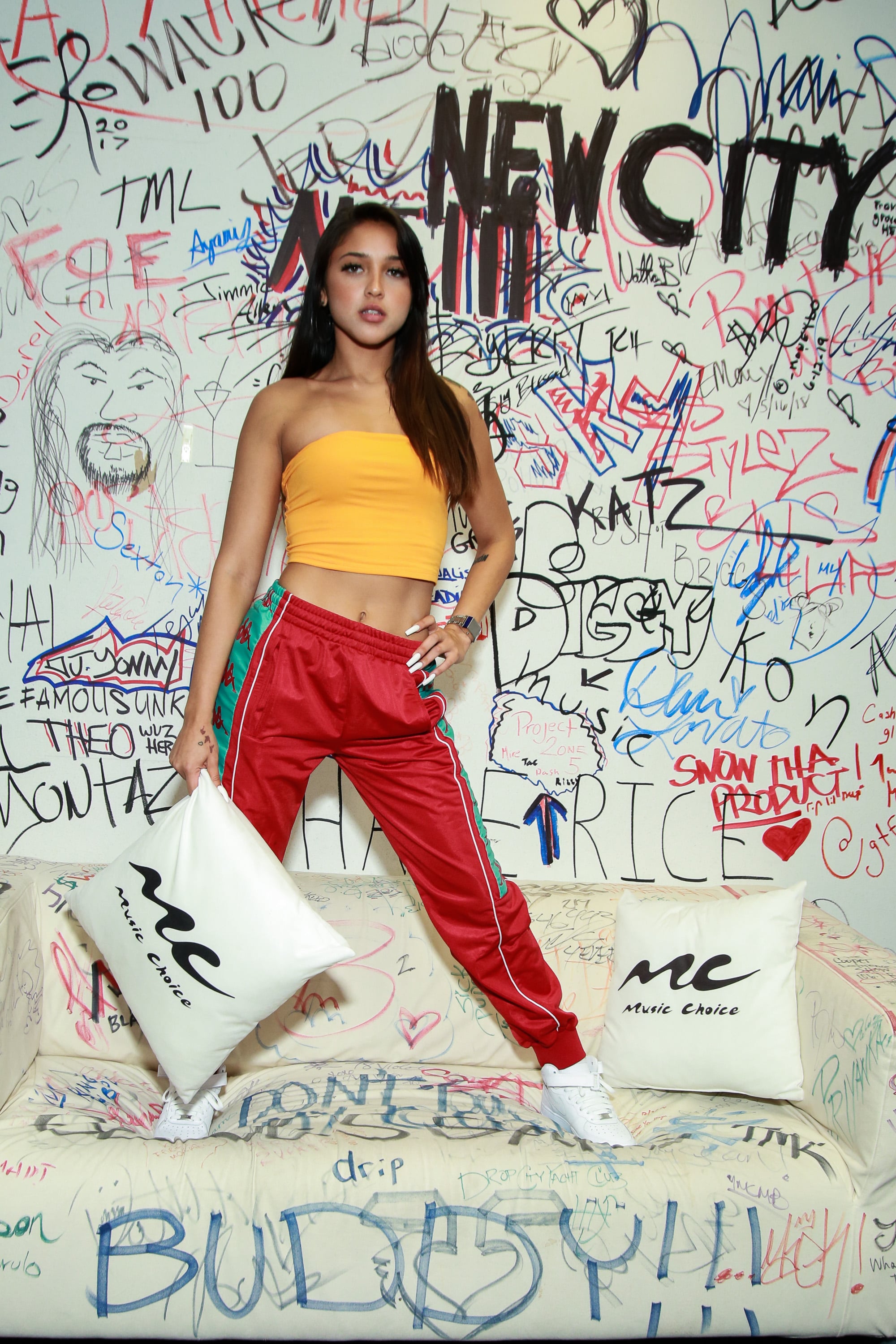 Don't you wish sometimes that you could go back in time and really indulge in some old-school reggaeton — but this time without having to sneak and hide it from your parents? While time traveling might not be possible yet, Mariah is surely bringing back that nostalgic sound straight into our playlists.

Mariah might only be 19, but with the help of producer Nely "El Arma Secreta" — known for hits such as Daddy Yankee and Snoop Dogg's "Gangsta Zone," Don Omar's "Conteo," Wisin y Yandel's "Rakata," Hector "El Father" and Divino's "Noche de Travesuras," and other blasts from the past — she's bringing the original reggaeton back to the forefront and led by a woman.

Taking cues from the OG reina, Ivy Queen, Mariah's sound is raw, empowering, and powerful. Her hit "Perreito" is proof that she has what it takes, with over eight million streams in less than two months on all digital platforms, making it to Spotify's viral charts in 16 countries. This helped Mariah reach over 1.2 million Spotify listeners, making her the fastest-growing female artist in the urbano scene.

Her vintage sound and modern style are a winning combination, paving the way for this new powerhouse and establishing "el nuevo orden" in the música urbana. We sat down with Mariah to talk about her life, her career, and where she's going next.

POPSUGAR: You have a very recognizable name. Is that your real name or your artistic name?

Mariah: That is my real name — I never wanted to change my name as an artist. I felt like Mariah was me. People always say to separate yourself from the artist, but I feel like I am an artist. This is who I am. I can't put a mask on, I can't change myself.

PS: Were you named after Mariah Carey?

M: My mom wanted to name me after herself, which is Angelique, but my dad wanted something different. She thought of her favorite singers, which were Mariah Carey and Aaliyah, and she ended up naming me Mariah, and Angelique as my middle name.

PS: You're Puerto Rican and Cuban, born and raised in Miami. How was that growing up?

M: My mom is Puerto Rican and my dad's Cuban, so I have a mezcla bien candela. Spanish was actually my first language. I remember when I was 3 years old I didn't know English, and as soon as my mom put me in school — I started in New Jersey, I lived there for about a year — I forgot Spanish because everyone at school was speaking English and I was so young that I just caught that language right away.

Another thing I loved about my childhood was my mom making the most fire arroz con guandules. On Thanksgiving eso no puede faltar.

PS: Did you always know you wanted to be a singer?

M: I always knew I wanted to be a singer. La música la llevo en mi corazón, and in Miami, I've had the best moments of my life. My mom always inspired me while I was growing up. All I heard was music playing, and I always felt that music is what I need to be doing.

PS: Tell me about "Perreito" — it's blasting everywhere! How do you feel about this success?

M: I feel like it's happening so fast, it's going up very fast — faster than I expected. I knew the song was a hit ever since I made it, and I feel blessed with the progress it's had. It has almost five million views on YouTube, it got me to a million monthly listeners on Spotify, and it's charting in over 16 countries.

PS: You're 19. When did you realize you wanted to do this for a living?

M: When I was 16, I ran away from home to become an artist because my mom — while she always supported my dream — she was very overprotective and wouldn't let me go to the studio. She didn't want me to see the "real world," and I respect that. I appreciate her for trying to protect me, because it's an ugly, cold world out there, but I've always been very strong. I've been through a lot, so I always know how to keep a steady mindset, and I didn't want anyone to stop me. I had a dream, and I wasn't gonna let anyone stop me.

PS: How did you materialize that dream?

M: I was in a studio session, and a friend of mine wanted to introduce me to a friend of his, a producer. He turned out to be Nely "El Arma Secreta," and ever since he met me, he was always on top of linking up with us wherever we were at, and doing everything in his power to work with me. I noticed that, and I liked that about him. He was so committed to pushing my career.

Nely is the first person who believed in me, and he was the stepping stone of my career because he introduced me to so many new things. He introduced me to Spanish music. I started out doing trap in English, and when I met him he was like, "No, we gotta do something in Spanish," and I said, "Alright, let's try it out." He's a legend in the reggaeton world, and this was a blessing for me, so I just went with it. I tried it out, and we made three hits. He introduced me to the best producers, the best songwriters, took me to the best studios, and I have a great team now because of him.

Angela Aguilar Got Permission From Lady Gaga to Cover “Shallow” and Wow! Did She Deliver

PS: Did it take a lot of convincing for you to sing in Spanish?

M: At first, I had this vision in my head that I was going to be an English artist, but I feel like everything happens for a reason, and Nely coming into my path was a sign. I'm very intuitive and spiritual, and when I met him, I had a feeling that this was what I had to do. It wasn't forced. The first time I got in the studio, I felt it. I feel the passion when I sing in Spanish.

PS: How do your parents feel now that you're more settled and becoming a name in the urbano scene?

M: My mom started crying when she found out who Nely was. She was like, "Mariah, you really made it." I told her to look him up on Google as "El Arma Secreta," and it speaks for itself. She was impressed. She thought it was going to be very hard for me, and I understand her point of view because I was only 16. But I've always been very clever with my ways, so now she's very proud of me and supports me 100 percent, and we talk every day.

PS: There are a lot of big names that have been talking about you! Karol G, J Balvin, Alexis y Fido . . .

M: I feel really great that all these huge artists are supporting me, especialmente Karol G. Ella es una fuerza bien grande en la música Latina, so for her to acknowledge me and tell her fans to listen to my music, it's an honor. Who knows, maybe we'll have a little collab coming soon!

PS: Speaking of collaborations, if you could collaborate with any artist, who would it be?

M: My dream is to collab with Marc Anthony.

PS: What's next for you?

M: There's a lot of upcoming projects, there's a remix coming soon for "Perreito," so that's exciting. I'm still keeping it a secret for now, but I definitely wish to release my album this year. Si Dios quiere.