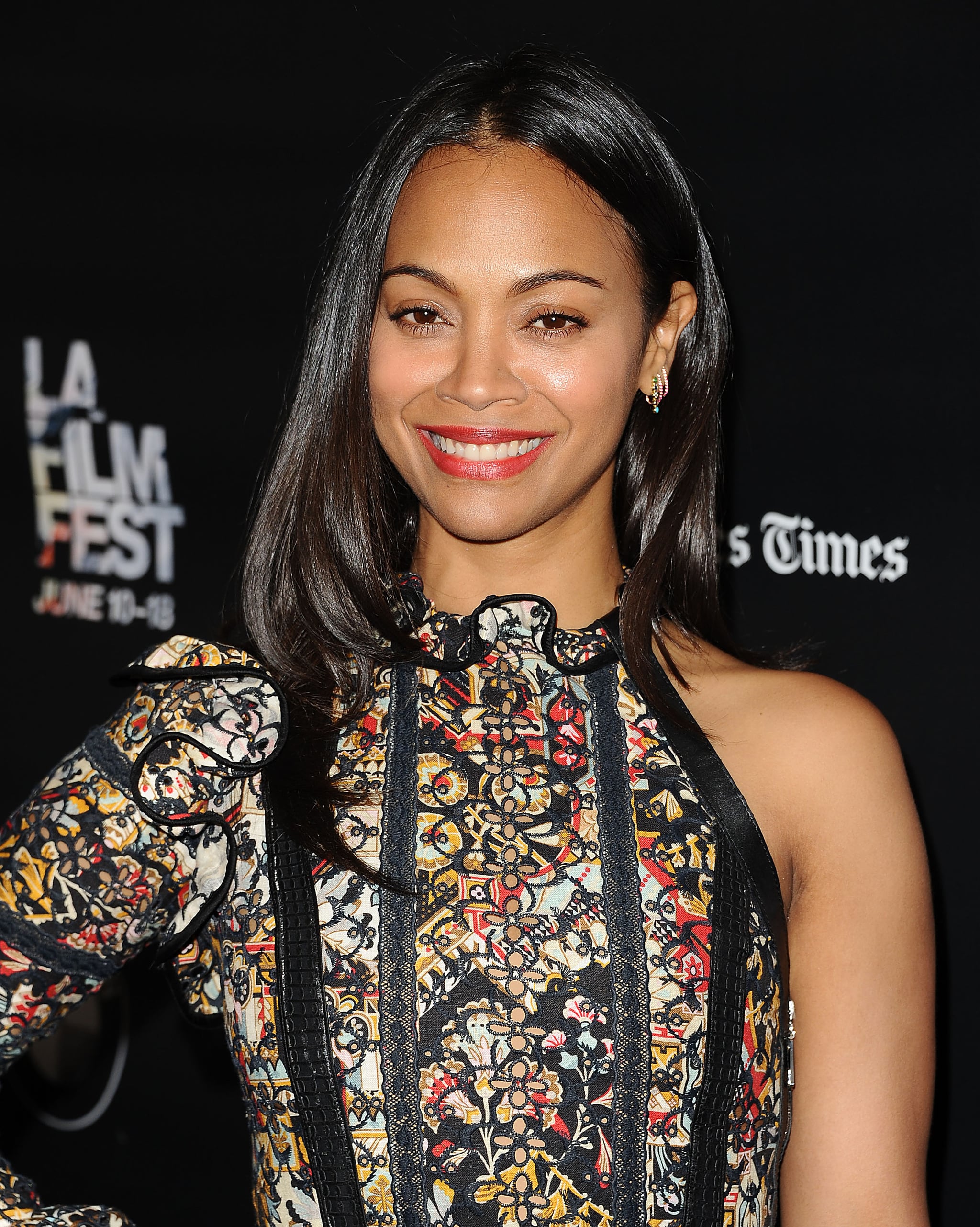 Zoe Saldana is always very candid about the struggles she faces as a mother, and in a recent interview with USA Today, the actress talked about her fight to get movie studios to pay for child care for her twin sons. Zoe revealed that when she got pregnant, the productions she was slated to star in "sort of had a panic," adding that it's never convenient for the movie executives when an actress gets pregnant in Hollywood.

When it was time to negotiate new contracts, Zoe's team fought to get the studios to pay for the child care expenses Zoe had to take on in order to be in the projects. Her argument for the ask is that studios spend money to keep male actors happy, sometimes providing them with perks like trainers, assistants, and lavish accommodations during the shoot. "But then a woman comes in going, 'OK, I have a child. You're taking me away from my home. You're taking my children away from their home. And you're going to make me work a lot more hours than I usually would if I was home. Therefore, I would have to pay for this nanny for more hours — so I kind of need that. And they go, 'Nope, we don't pay for nannies,'" she says. Aside from the struggles to get fair treatment as a mom in Hollywood, Zoe says in the interview that she loves her job and once again credits her husband, Marco Perego, for helping her balance it all.