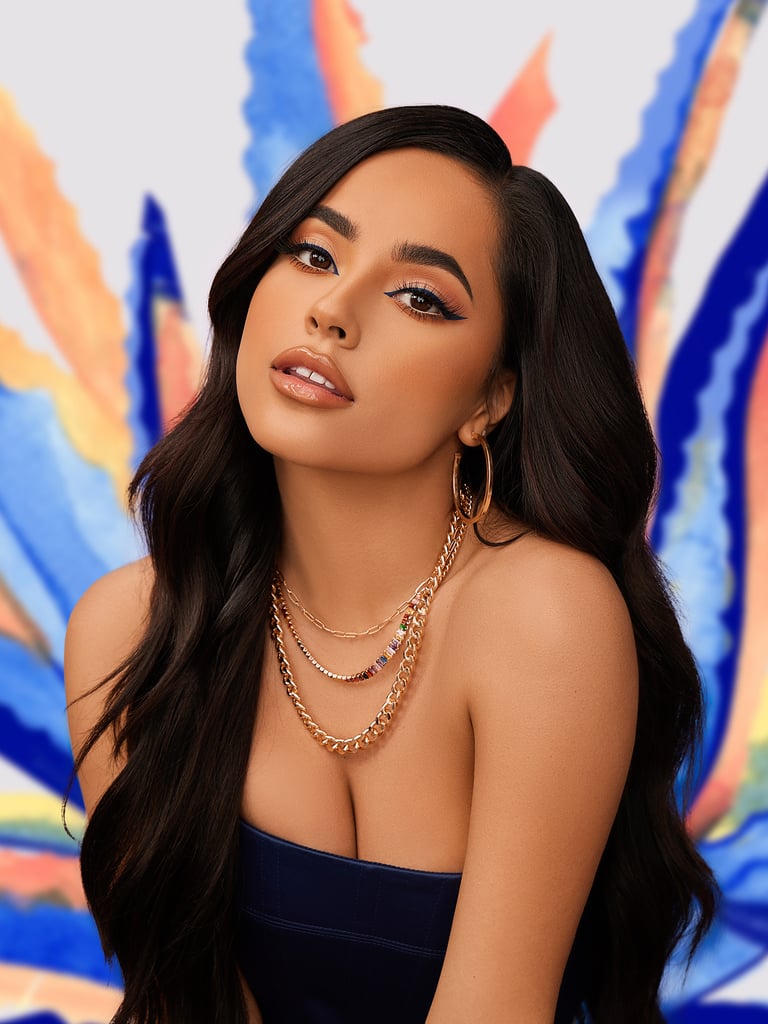 Becky G can now add "brand founder" to her resumé. The "Fulanito" singer has been working on a very special passion project — her very own makeup brand, Treslúce Beauty — and she finally announced the news to the world via Instagram on June 21.

For Becky G, Treslúce is very personal. Every last detail, from the name to the brand colors and the artwork on the packaging, was influenced by her Mexican heritage. During a Zoom meeting with the singer earlier this month, she told POPSUGAR, "Having my own makeup brand has been something that has been on my list of dreams and goals since I was very, very young. I would say since I was about 10 years old, I've been talking to my mom about having my own makeup brand."

She's been in the beauty industry in many different capacities over the years, even nabbing the title of youngest CoverGirl brand ambassador at 15, but she said, "Being a 24-year-old brand owner is a huge responsibility but something that I feel so ready for."

When creating the products, Becky G pulled inspiration from the women in her life, like her grandma — whom she referred to as an "icon" — her mom, and her sister. As for the brand colors, electric blue and yellow, she put a lot of thought into that choice, too. "The blue was something that I decided very early on was gonna be our staple, our brand color," Becky G said. "As I've gotten older, there are two things that I really do believe in and it's the divine femininity that exists within all of us and also the masculine energy that exists within all of us."

After doing some research on existing Latinx-owned brands, she found that most of the cosmetics companies featured shades of pink, purple, red, and tans, which she said were all beautiful colors, but "I never saw anything that was like oomph, strong, and bold, and in your face, and loud, and proud." Yellow, the second brand color, is also her favorite color and "not gender exclusive," which was important to her.

The debut, 15-piece collection features an eyeshadow palette, colorful liners, brushes, false lashes, and lash accessories, all priced at $35 or less. She's been the "guinea pig" for all of the products since development began. "My last music video, 'Fulanito,' all Treslúce; same with my latest award show performances, all Treslúce."

Her excitement over the company has been building for so long and all she wants to do is share it with her fans. "Something about our culture that I love so much is that sharing is caring," Becky G said. "We not only share our food, and our drinks, and our music, and our homes, but I also want Treslúce to be something that we share, too."

But aside from just sharing the products, she also wants to start a community around Treslúce that she can share with the Latinx community. "Our intent is to create a platform with this brand to be able to elevate the voices and the stories of other Latinx faces," she said. "I want to show young Latinas that they can be businesswomen too, and that age is nothing but a number. Growing up in an industry like this, I feel like I'm a cat that's on seven of her nine lives."

Treslúce Beauty by Becky G officially launches on Friday, June 25, at TresluceBeauty.com. Get a closer look at the products in the collection ahead.

Zoey Deutch
Zoey Deutch Debuts "Money Piece" Highlights, and All of a Sudden We're Back in 1992
by Karenna Meredith 1 day ago

Rihanna
Thanks to Fenty Beauty's Upcoming Launch, Soon We Can All Smell Like Rihanna
by Yerin Kim 4 days ago

Miley Cyrus
Miley Cyrus Details the Similarities Between Scent and Songwriting: "Both Involve Trial and Error"
by Danielle Jackson 4 days ago