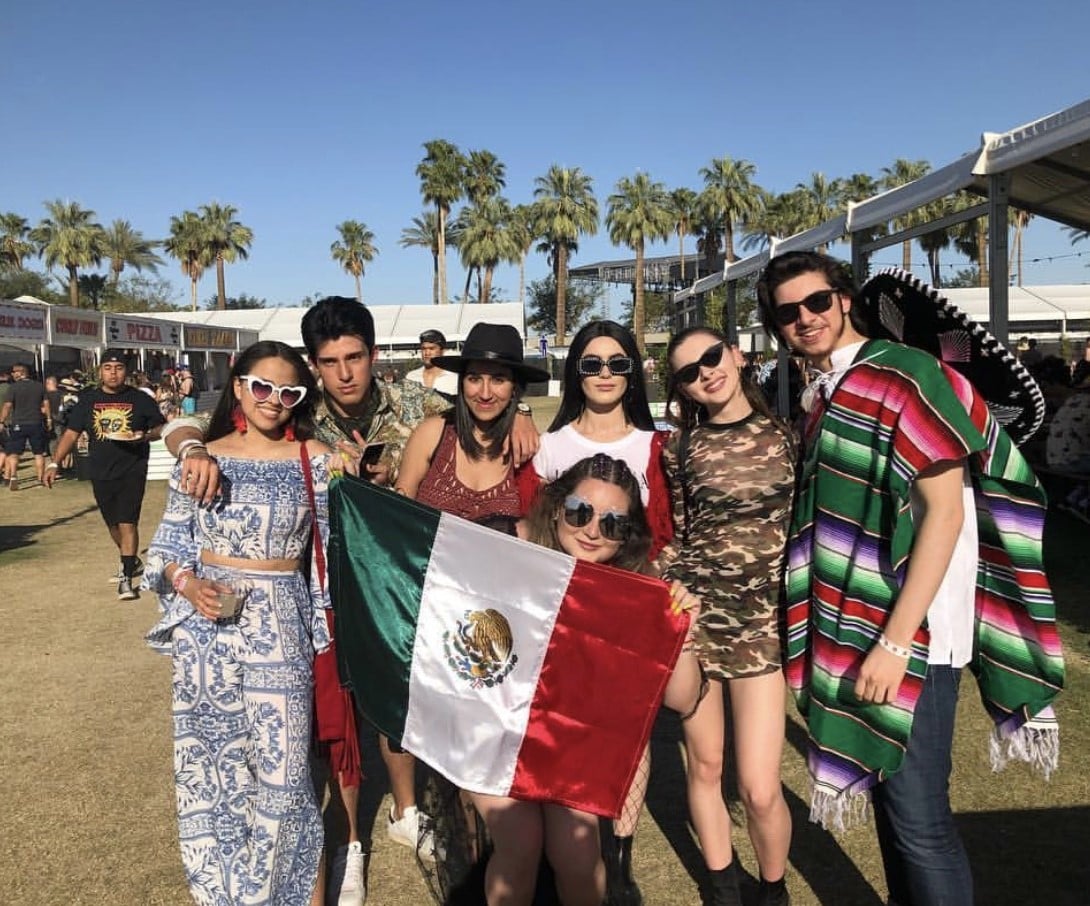 I have always considered myself a Mexican-American, not only because of my descent but because I've lived half of my life in each country. I was born in Houston but raised in Tampico, Tamaulipas, in Mexico. Soon after I graduated elementary school, my father told me we were moving to McAllen, TX — a city on the border to Mexico. I know many people with the same life story yet different experiences.

When I was living in Mexico, my spirit was definitely very American. I remember my father would pick me up from school and speak to me in English, which embarrassed me. He insisted I learn and practice as early as possible. I spent the next four Summer vacations in Summer school learning English in McAllen before we officially moved there.

I was obsessed with MTV, and E! was one of my favorite channels since the day we got cable. I loved Limited Too, and when my city got a Peter Piper Pizza it was my favorite place to be. It was so easy to lose my Latina essence, but as American as I felt, I never allowed myself to forget where I came from and where I was being raised.

My family, however, wasn't seeing that, and they were afraid I'd end up being "too American" in every single way — more liberal than they could comprehend, and not necessarily the most family-oriented person. At least that's the picture they had of Americans back in Tampico.

The liberal part ended up being true, as individuality and independence are two traits I've learned to embrace from living in the United States, yet my family still remains one of the most important things in my life. Because of distance, I don't get to see them too often, but every little chance I get is appreciated, and I hold those moments close to my heart.

Nevertheless, I talk to them daily, in Spanish. It also helps that Spanish where I live is almost a necessity, as it's spoken more than English.

I thank my father for being so adamant that I learn both languages fully, and now I'm proud to say my brain works in both English and Spanish. However, as weird as it may seem, I can only pray in Spanish. But I don't mind it. I think that's my way of having a closer connection not only to God, but to my Latina roots, since religion is so deeply engrained in Mexican culture.

Besides praying, there's also a bigger sense of accomplishment when I curse in Spanish, and I'm pretty sure any other Latinx will say the same. For some reason, if I'm really mad, it's most likely that what I'll say will be in Spanish. I think it's because that was technically my primary language growing up, and maybe subconsciously I feel like my point is going to get across best if I say it in Spanish.

I also embrace my culture through the music I listen to. I remember when Los Ángeles Azules were announced to play at Coachella in 2018 my heart burst with happiness, pride, and joy. Last year, when Bad Bunny, J Balvin, and Los Tucanes de Tijuana attended, it made me so sad I couldn't be there to witness it. I know being Latinx is not always celebrated, but seeing how things are changing now makes me hopeful when I ask myself if more people will be able to feel proud of our culture and invite others to learn about our traditions, our music, and our food.

Speaking of food, while I'm not an excellent cook like my mother and grandma, I do know how to appreciate our culinary delicacies. I might sound stereotypical, but to me food without salsa or guacamole is not the same. It isn't the healthiest diet, but tamales, tacos, quesadillas, and real enchiladas — not the yellow-cheese ones — are essential in my everyday life. Eating these foods brings me much closer to my heritage and enhances my pride for my Latinx culture.

Being Latina is one of my favorite parts about myself. Even when my accent sneaks in when I talk, it reminds me of my origins. Coming home to homemade food I know I won't get anywhere else makes me smile, and listening to music that makes me dance and feel lively is something I would never want to change. I have the best of both worlds, and that is as good as it gets.