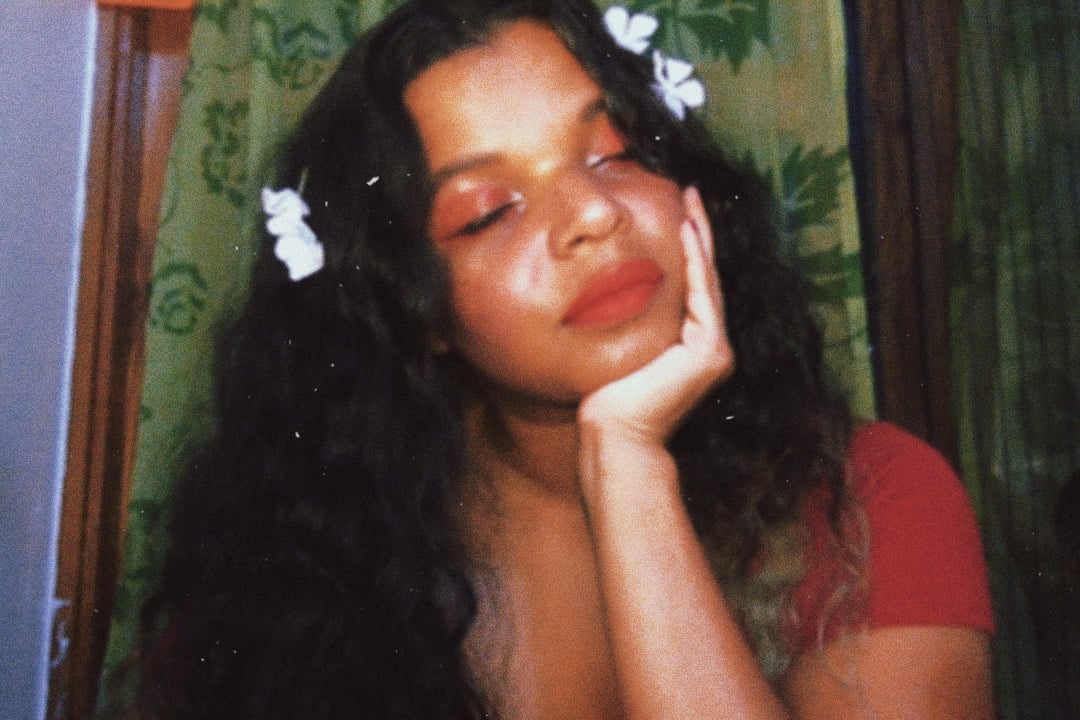 I "came out" as bisexual in my mid-twenties, but felt forced into the closet again when I started dating a cisgender man. I let myself believe it had been a phase and settled into what I thought was a comfy life as a cisgender woman with the privilege of existing in a straight relationship in a heteronormative world. Except I wasn't comfortable at all because I had hidden a key part of myself. And lately, I've been asking myself, why did I feel the need to do that?

My struggle to fully come out may seem odd to some, given all the progress we've made with increased LGBTQ representation in the media — although TV representation has actually decreased for the first time in five years — and the seemingly greater acceptance we've won in the wider culture. But studies show that religious norms and values continue to create extra stress factors in the coming out process, particularly for Latinx folks and those from Black and Brown immigrant backgrounds.

In my family, it was no different. It isn't uncommon to hear ignorant comments about how "everyone is gay now" whenever a distant relative or celebrity comes out, nor is it uncommon to hear invalidating comments like "you're just confused" from someone you thought it was safe to be open with. Coming out to my Dominican mom proved especially challenging. I can't fully remember how our conversation unfolded, but it started out with me saying, "I might bring a woman home" and ended with a full retraction. In fact, the conversation ended with her guilting me into offering false assurances. "Don't worry," I said, "I'll likely bring home a man."

"It made me feel guilty for ever identifying as queer since I didn't believe I'd ever have the guts to live 'out'."

It wasn't too long after that that I stopped calling myself bisexual or pansexual, eventually opting for "ally" instead. I would tell people "Yes, I like women, but I know I prefer men." It made me feel guilty for ever identifying as queer since I didn't believe I'd ever have the guts to live "out."

When I spoke to sex therapist Claudia Johnson, LMFT, of the PNW Sex Therapy Collective, I wasn't surprised, but assured, to know that coming out is an ongoing process. She also assures me that first reactions are not always lasting ones.

It's not an event, it's a process . . . A lot of people don't really understand what bisexuality even means.

I was about 23 when I officially started dating women and gender nonconforming people on Tinder. I identified as bisexual at times and pansexual at others. I came out to a close friend, who became my "quentor" (queer + mentor), then worked my way up to telling other friends, including a progressive aunt, and even posted about it on Facebook (although, I blocked certain family members from viewing my big reveal). I expected to feel a sort of liberation, but instead, I felt shame: why was I so afraid of outing myself to certain family members?

For one, I was afraid of losing the sense of belonging that my family provided. And yet, in hiding that part of myself, I wasn't allowing myself to fully belong anywhere that felt safe or true to me. Johnson highlighted the generational differences that underlie an older family member's struggle to accept a younger one's queerness: "Parents don't have the support network that you do [at the PNW Sex Therapy Collective], where it's more accepted and celebrated," she notes. She also points out that Latinx parents often have the added challenge of working through prejudices stemming from religion, as well as cultural beliefs and expectations that privilege heteronormativity: "That's kind of like what we're working with. So if you can understand that your parents' reaction is influenced by their experiences, by their religion, their beliefs, their expectations, all of those things that are not necessarily yours," she said, it may take the sting out of their lack of (immediate) acceptance.

It doesn't help that being bisexual comes with its own set of challenges, too. For one, there's the enduring misconception that bisexual people are more promiscuous. Recently, while dating a straight cis-man in the Dominican Republic, I felt he was oversexualizing me because of my queerness. I had to set him straight — and on his way. My attraction to women and GNC folks is not about him, nor is it about partaking in threesomes for his pleasure. Eventually, I stopped talking to him.

On top of that misconception, there's the constant pressure to choose. If you are a cis woman who is bi, you are told you prefer men; if you're a cis man who's bi, you are told you prefer men. (Notice how both are about preferring cis men?) Over the past year, I quit my job and moved close to the sea in my family's native Dominican Republic, inspired greatly by the Black Lives Matter movement's pursuit of liberation and how the pandemic made many of us re-examine our lives. It's no surprise that coming home to myself has meant acknowledging I'm queer AF.

Being out while living here is about being unapologetically me — unapologetically proud of my queerness, Blackness, and feminism at a time when LGBTQ rights are under attack in the Dominican Republic as the Senate will consider a reform to the Penal Code that excludes sexual orientation and gender identity as a basis for discrimination. As someone with US citizenship, I'm in a position of privilege and can be more open than others. And while I expected to succumb to the urge to hide parts of myself, instead I've felt inspired to remain open alongside my fellow Dominicans who bravely risk openness amid violence and widespread stigma today as they have historically.

To fully come out, I had to emotionally emancipate myself from certain people, like family members I knew wouldn't understand or accept me and friends who were unnecessarily critical. Moving away from these folks, setting boundaries, and reminding myself that I am a grown-ass, independent woman was key to my liberation.

"For some people, actually not being part of their family can be the most freeing, liberating, empowering thing ever. And trying to maintain that relationship with that very toxic environment could actually be hurtful. So sometimes saying goodbye, it's the ultimate act of self-love," Johnson told me. She points out that there are countless others in our community, particularly queer youth, who aren't in a position to cut out of toxic family situations, highlighting the critical work The Trevor Project is doing to provide emotional support to suicidal queer kids.

For me, emotional emancipation has been about shifting expectations. It's about not needing affirmation from certain people anymore. It's about not expecting to be held up and loved by people who aren't capable of giving in those ways. It's about being graceful and patient with the women in my family who abide in conservative beliefs manufactured by our machismo-driven society. It's about creating space for them and their limitations in loving ways while setting boundaries . . . until, perhaps, attitudes change.

And it is beautiful out here, y'all. It is beautiful to celebrate this part of me, to reach out to my queer friends and hear them affirm me, to hear them say they've been known. Johnson told me something that really resonates — and it's key: "If you're coming out, I actually like to tell clients, you're letting people in . . . I see it almost as the inverse, like you're letting people into your world and into who you are."

While I still judge myself for being afraid to come out sooner, I am trying to be kind to myself by recognizing that everyone's journey to queer self-acceptance is different.

These days, I'm slowly letting people in. I feel safe and have a strong sense of home because I'm part of a community that affirms my true self. While I still judge myself for being afraid to come out sooner, I am trying to be kind to myself by recognizing that everyone's journey to queer self-acceptance is different. I essentially had to be OK with feeling unsafe for a while, until I built a new life where I was supported, a new life where I belonged, and a new life where I'm still unpacking what my queerness looks like.

Adele
Adele Reminds a Fan That Filters Aren't Reality: "We Don't Look Like That, Darling"
by Chandler Plante 3 days ago