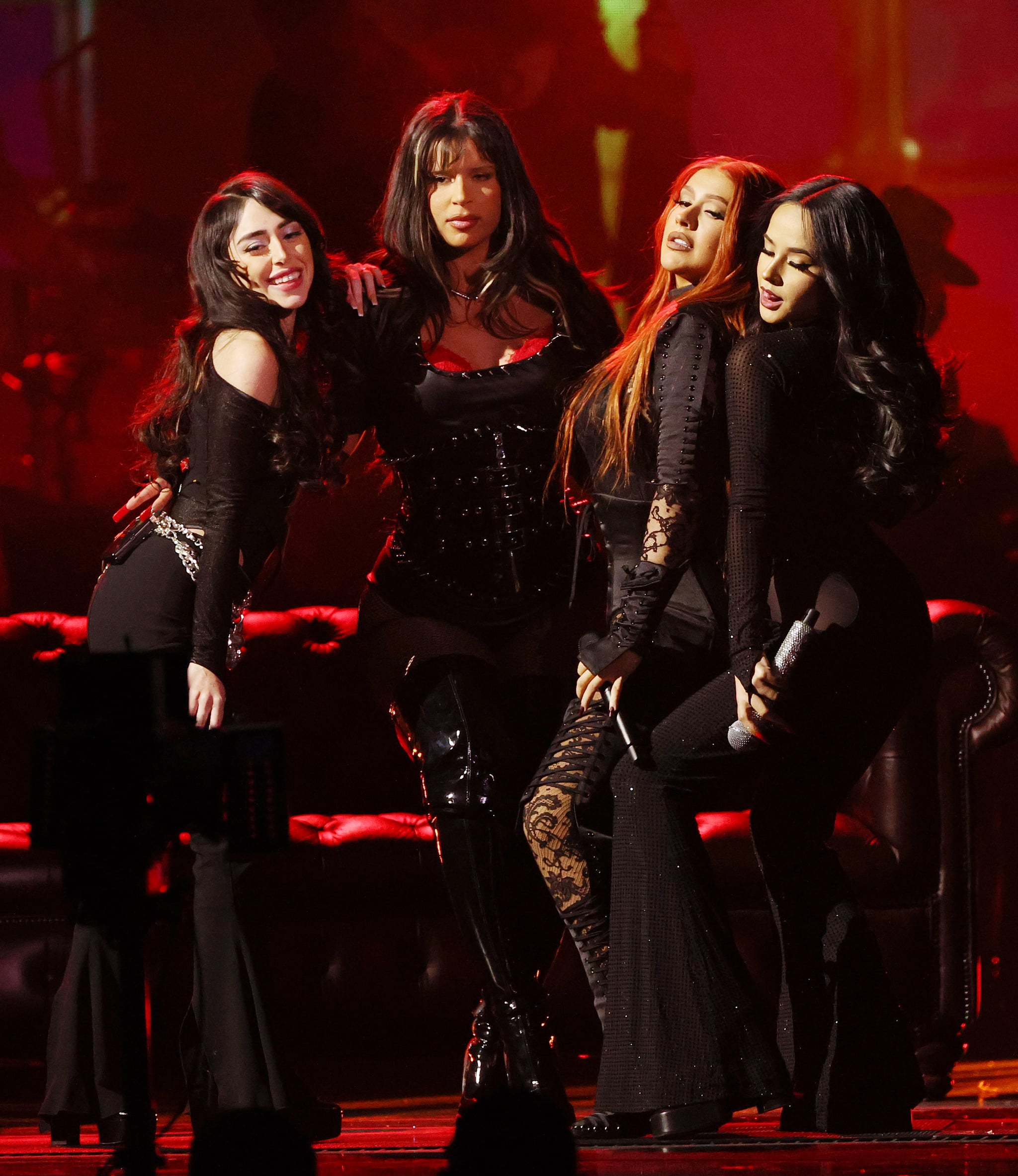 Christina Aguilera is back! The pop star with Ecuadorian roots hasn't been to the Latin Grammys since the inaugural ceremony in 2000. To mark her comeback, Aguilera did a sexy performance of her single "Pa Mis Muchachas" with Becky G, Nathy Peluso, and Nicki Nicole, and she did not disappoint. The women gave major girl-group vibes in all-black outfits. The number was one big party with dancers in the background teasing Aguilera, Becky G, Peluso, and Nicole. A one-time Latin Grammy Award winner, Aguilera also performed her new Spanish single, "Somos Nada," released on Thursday.

Related:
Bad Bunny Is Nominated For 4 Latin Grammys This Year – Here’s Why This Matters

Aguilera's appearance after more than 20 years marks her return to creating Spanish music. In 2001, she received her first Latin Grammy Award for best female pop vocal album for her debut Spanish album, Mi Reflejo, although she did not attend the ceremony. Aguilera is due to release a second Spanish album, but the release date is unknown. She told Billboard, "It can be intimidating and scary to put yourself out there in a way you know will be challenging. I don't write in Spanish the way I do in English, but I know my heart . . . I'm still learning too and I'm not going to back down from something I'm truly passionate about because I'm scared or I'm afraid of what people will think."

Coachella
Missing Music Festivals? These 15 Are Happening in 2022
by Divya Meena 1 day ago