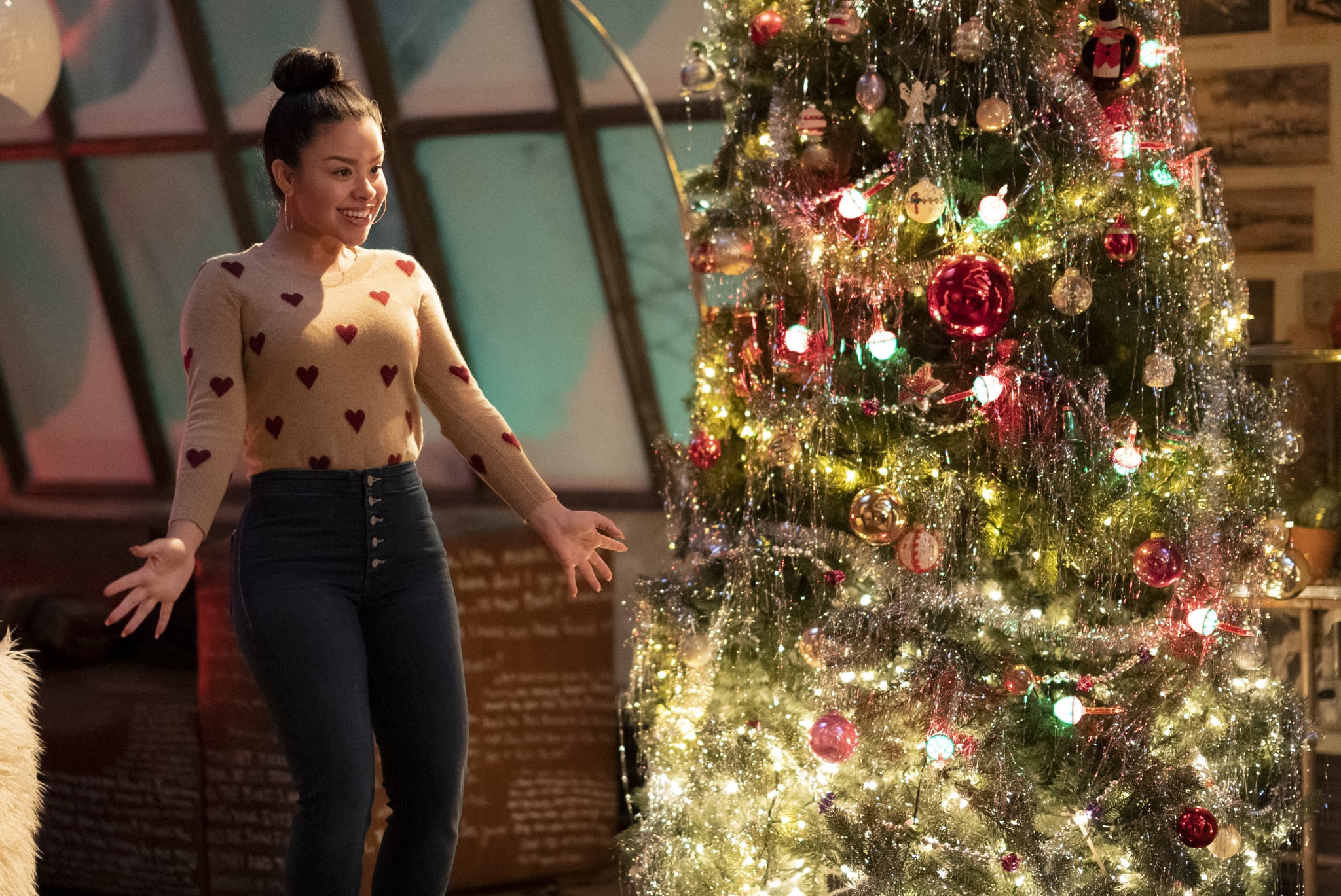 Living with siblings can be a pain, but Good Trouble's Mariana and Callie Adams-Foster take rubbing each other the wrong way to a whole new level. Although, if you watched the two grow up on the Freeform family show The Fosters, you know it could be much worse. "At the end of the day, these girls really love and need each other, and I don't think they understand that right now," Good Trouble star Cierra Ramirez told POPSUGAR during a phone call ahead of the spinoff show's return from Summer break. "It'll be interesting to see how that progresses and [how they come to] that realization during the rest of the season."

The last time we see the sisters in the season 2A finale, Callie (Maia Mitchell) tells Mariana (Ramirez) that she's moving out of the Coterie to live with boyfriend Jamie Hunter (Beau Mirchoff). The drastic move could be seen coming from a mile away since the two have been at each other's throats since the season began. But even though we all love a little familial drama, it's nice to see the two on friendlier terms in the two-episode holiday special, which aired on Monday, Dec. 16.

Related:
We Can't Get Enough of the Cast of Freeform's Sexy Spinoff Series, Good Trouble

"The special is kind of a standalone that takes place before all the drama went down," Ramirez explained. While the episodes gave fans some insight into where season two will go when it returns on Jan. 15, they mostly blessed us with a joyful meeting between the Adams-Foster family and the residents of the Coterie.

"At the end of the day, these girls love and need each other."

"We've never had a holiday special like this, so to be able to combine the Coterie family and the Fosters family is cool," Ramirez gushed. "We film in Santa Clarita in the Summer, so even though it didn't look like the holidays, it felt like it. It was really special just to have [the Fosters cast] back because it's so different having everyone together in the same room. It's so nice, we feel like we're back at home!"

Sadly, all that goodwill and cheer can only last so long. Ramirez revealed that when we jump back into the regular season, things won't be quite so copasetic within the gang, especially for Mariana. The software engineer's career life has been nothing but dramatic from the start, and it doesn't look like it'll get easier. Season 2B will be a time of transition for everyone, and Mariana's job at Speckulate might be in real danger. 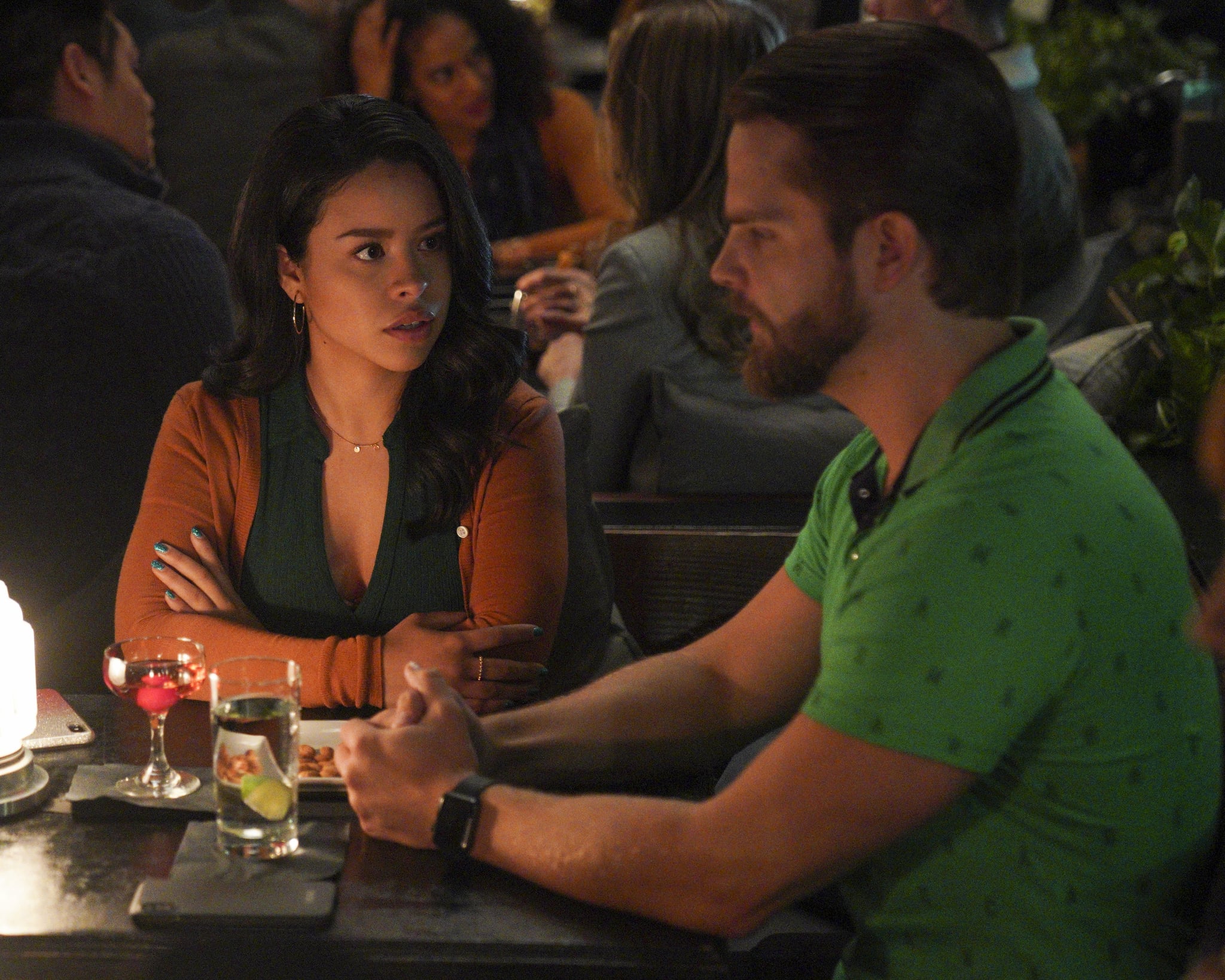 "Things are gonna be shaken up for sure. We saw Mariana announce she was the one to release [the employee salary information exposing the pay gap between men and women], but now people are investigating, and it's put fear in a lot of the employees," Ramirez said. "But Mariana will continue to make as much progress as she can with [the Byte Club] because it means a lot to all the women.

"I think it's inspiring to see someone making a change and not taking no for an answer."

One element of Mariana's journey that has been so inspiring for fans is her decision to become an active force of change in her workplace and her life. Her Activism app, geared toward helping people who are interested in joining social causes, featured a spotlight in season 2A. It's been exciting for Ramirez, who said she would love to explore Mariana becoming more engaged in activism along with her housemate, Malika Williams (Zuri Adele).

"I think it's so inspiring to see someone smart making a change and not taking no for an answer," she shared. "I hope that she has plans to take the app above and beyond. It would be great to have her talk more about battered women and the foster system and have her give a voice to a lot of communities and issues."

Do we get a vote in this? Because we absolutely would love to see it!