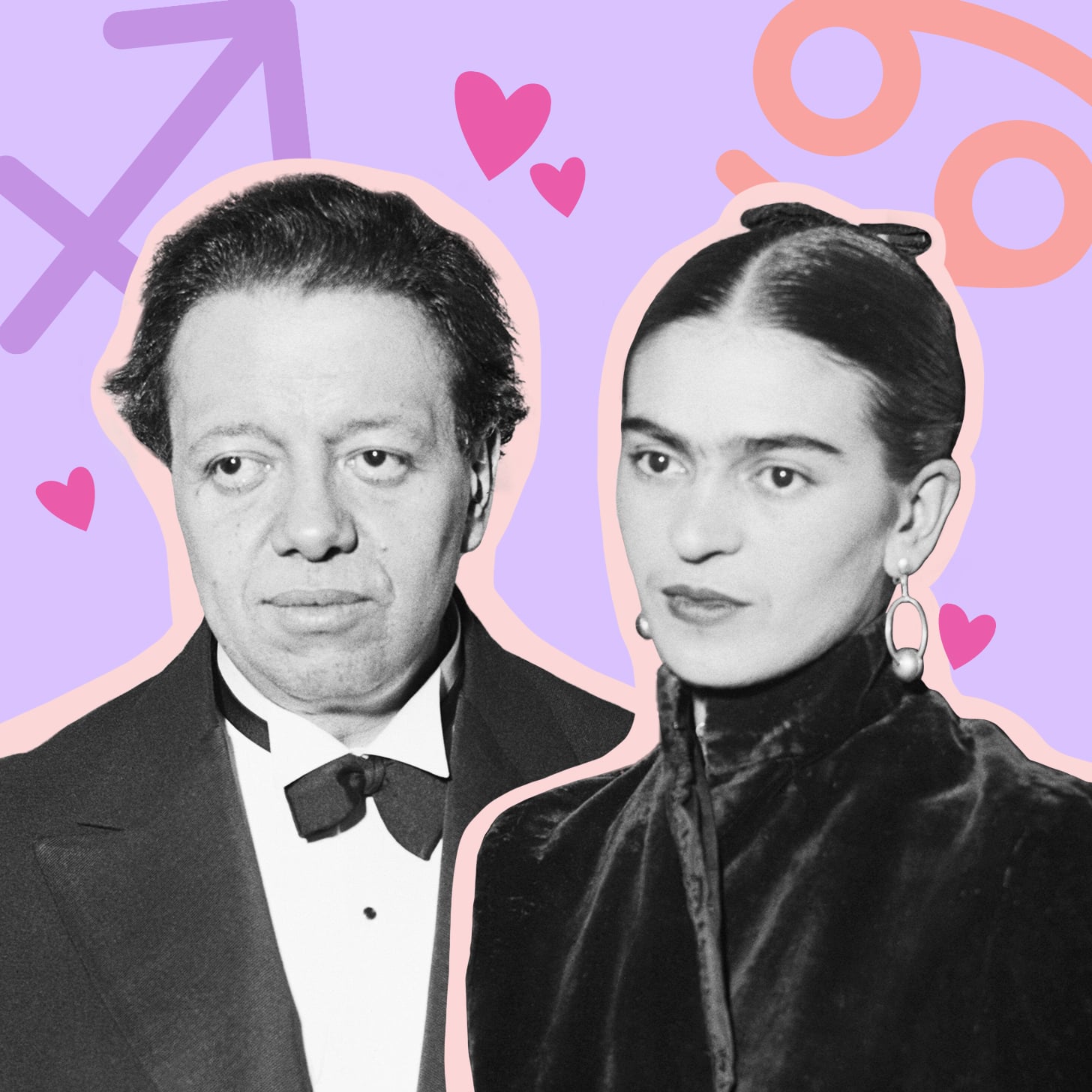 Iconic Mexican artists and lovers Frida Kahlo and Diego Rivera had a romance that was just as passionate as it was complicated. In fact, their love story continues to be one that fascinates people until this day. Were these two twin flames? Perhaps they were karmic soulmates? Frida and Diego were known for their creative genius, but equally so for their dramatic, tumultuous, and at times toxic romance.

The intensity of their love was built off their respect for each other's artistry and their past-life love connection. Frida loved and admired Diego. The two were also very much inspired artistically by one another. But their love story was also quite tragic. Diego's unwillingness to remain faithful to Frida caused her a lot of pain and turmoil. They married in 1929 and the short-lived marriage fizzled out in 1940, only for them to end up remarrying quickly after their divorce! Get ready folks, because this one is juicy.

Here's some insight into the love story of this eccentric duo, from their compatibility or lack thereof, as indicated in their charts.

Diego was 20 years Frida's senior. Frida was born a Cancer and Diego was born a Sagittarius. Fire and water signs don't usually mix well, as they tend to put each other out in an elemental sense. However, the saying "opposites attract" is very true in their case.

Their intense Mars connection is the dominant player in this love story. Mars is the planet of arguments, fighting, lust, and sex. He is fast and short-lived. There's no in-between with Mars and his energy needs to be used productively. If not, Mars influences couples by having them teeter between extremes. A Mars-dominant relationship is usually sustained solely on sex or for the thrill of toxic fighting. Mars creates an intense magnetic attraction and these two recognized that instantly in each other.

Were They Soulmates or Twin Flames?

The controversial artists were bonded by their Taurus placements. Taurus is ruled by the planet Venus, which is the planet of love and romance, hinting that the two would be romantically interested in this lifetime.

Frida had a Taurus midheaven, which represents career, fame, and men in her life. Diego had a Taurus moon and his Neptune in Taurus. In their charts, these planets are creating synastry as a stellium and are the bread and butter of this connection. The moon represents vulnerability, our shadow self, and romance. His Neptune placement in Taurus tells us his art and creativity were inspired by Frida because of her midheaven.

If nothing else, they truly respected each other as peers and as serious artists. As Neptune rules artistry and illusions, it's safe to say they were truly viewing each other from rose-colored glasses as "perfect partners" and projecting onto each other what they wanted each other to become. This is often common when couples share a Neptune placement. It causes couples to stay in a situation based on the "potential" of the partner. In their case, their art was highly inspired by this Neptune tragedy.

Unfortunately, there aren't too many positive placements in their charts to say this was a twin flame connection. Twin flame connections encourage growth and don't perpetuate harm or toxic ego-fueled behaviors. It's safe to say they were karmic soulmates.

Why Diego Cheated and Why Frida Put Up With It

Diego is the typical case of a serial cheater based off his chart. The fifth house rules affairs, cheating, and love. Diego has three planets sitting in his fifth house: Mercury, Sun, and Venus.

His Mercury here says he loves to flirt and needs intellectual stimulation in love. His Venus indicates he could be prone to starting affairs. His Sun shares that romantic affairs fuel his ego. His Venus cazimi his Sun (meaning his Venus and Sun are less than five degrees apart) tells us he was also a very passionate lover who could attract many partners. Believe it or not, it's his aura that attracted women thanks to his Venus cazimi his Sun. Thus, allowing him to bask in all the attention and indulging in his vices. Why did Frida put up with it? She knew she had to share Diego. As an artist (their Neptune connection), she knew he was meant to be shared with the world. She was someone who tried really hard to work past her demons and earthly desires, due to her own fifth-house placements. She has Mars and Uranus in the fifth house, so she understood the freedom and enchantment of affairs, love, sex, and art. They loved freely and she knew that.

How Their Past-life Connection Kept Them Together

Although they were karmic soulmates, you might be questioning at this point what the heck made these two stick together. Why were they constantly drawn to one another like magnets? Their past-life connection is the answer. Frida lands in Diego's 12th house of past lives and he lands in her fourth house of past lives and home. Ultimately, as unpredictable as their love might've been, they felt safe together. They felt like "home" to each other, especially since the fourth house represents our home and inner world.

Her Cancer Sun hits his Cancer ascendant and Cancer Saturn placements. This is a huge indication of why they are karmic soulmates and struggled. Saturn is the lord of Karma and represents where our lessons are in life. Her Sun (personality and fame) triggered his insecurities. In a sense, Diego found Frida to be a good competitive match for him. He pompously needed to dominate her in love and in art. With this placement, they were meant to teach one another how to transform unhealthy ego tendencies and instead foster unconditional love.

Saturn is a hard planet and no matter where it lands in your chart it isn't easy. Their Cancer connection makes them empathetic of one another and emotionally codependent at the same time. They both lacked healthy boundaries due to this position, and it's a major reason they could never get it right.