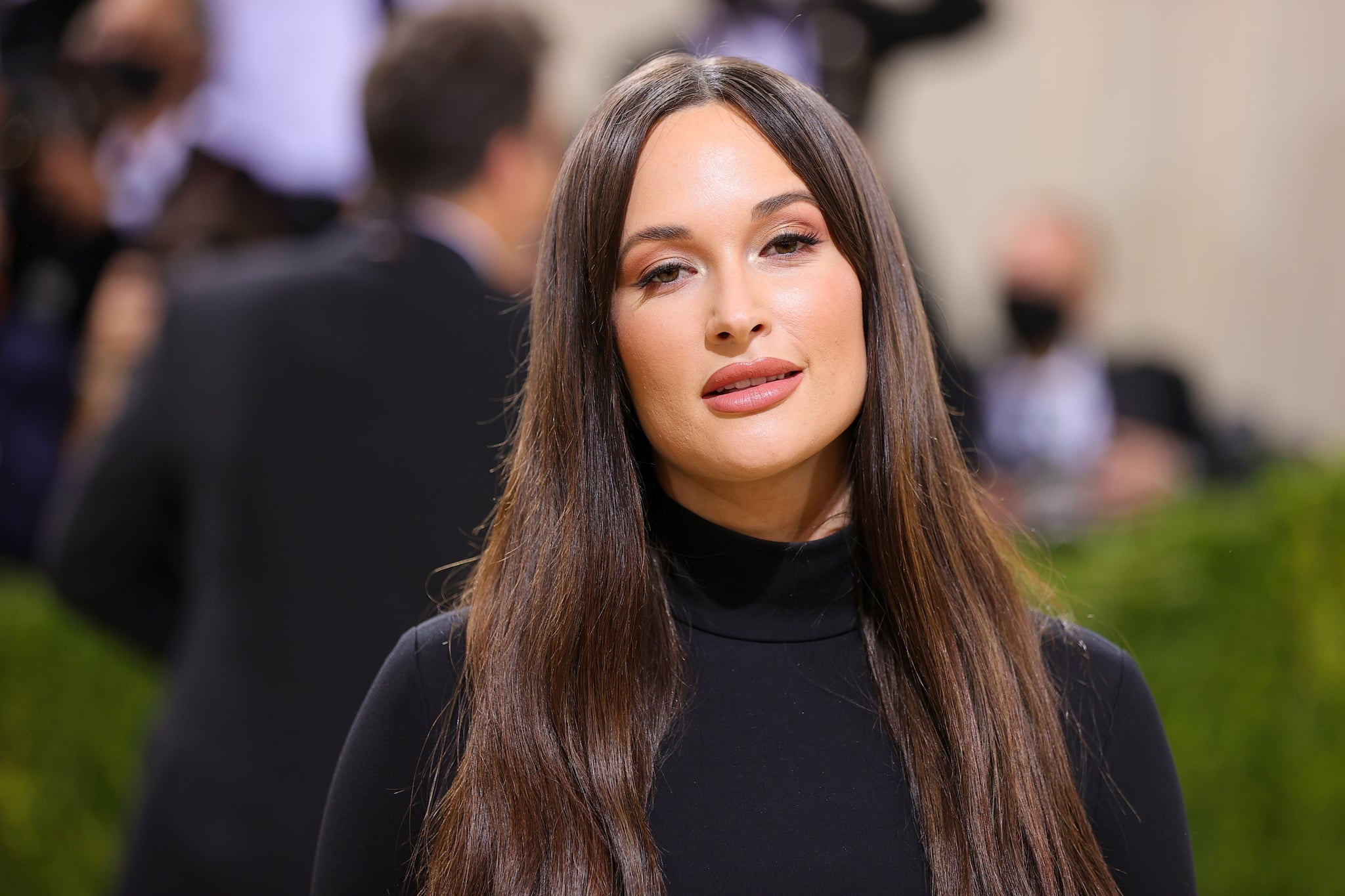 This past Sept. 18, my mother and I sat down to eat empanadas we picked up from a local Chilean eatery in honor of Chile's Independence Day, Dieciocho. My mother played her favorite musician, Chilean folk singer Violeta Parra, on the stereo, sang, danced at times, and was close to tears with some of her songs. One of her favorites, "Gracias a la Vida," came on, and we both nostalgically hummed along.

A few weeks later, I was eating lunch with my mother and learned that Kacey Musgraves has her own version of Parra's song "Gracias a la Vida" on her latest album, Star-Crossed. Though Musgraves's album came out in early September, I only got around to listening to it recently after seeing her perform on Saturday Night Live. My mother isn't one to keep track of trendy music but has warmed up to the albums of singers like Taylor Swift and Lizzo. As we were finishing our meal, the last song on Musgraves's album came on, "Gracias a la Vida." At first, I couldn't believe what I was hearing. Maybe my Spotify went rogue and played from my playlist. But it was Musgraves. It was kind of exciting at first, my mother singing along to a 33-year-old country-pop singer. A contemporary spin on a beloved song that I've known most of my life; one my mother remembers singing in her childhood.

The cover song made some unexpected turns, though — a cowboy-like trill — and Musgraves's voice lacked the depth that Parra had, which left us both feeling a bit unsettled. But what's more, a white woman was covering a Chilean woman's song. This spurred a Google search, because surely Musgraves would have mentioned the history of this powerful song and Parra's larger work. Did she sing Parra's songs on Chile's Independence Day like myself and so many of my Chilean family members? Did Musgraves understand the role Parra played in social activism in Chile?

In a recent interview with Noel King on NPR's Morning Edition, Musgraves was asked if she knew anything about the song's history. "The song was written by Violeta Parra. She's a Chilean folk singer, activist, songwriter, and very well-respected," Musgraves said. "The version that I heard, though, was recorded by Mercedes Sosa some years after Violeta died. And I think it's interesting that this song was on the last album she had written; she did commit suicide. I think that adds to the intense, tragic, and sorrowful nature of what this song is saying 'thank you' to life. You've given me so much. You've given me the beautiful and the terrible. You've given me the pain and the laughter. And I'm thankful for all of it. It's saying: 'I'm grateful to be alive.' And I just thought, what a beautiful way to end this record, this chapter where I've done so much self-exploration. The album starts out with 'Star-Crossed' and so 'Gracias a la Vida' ends the album and I think it sums up kind of where I'm at perfectly."

Musgraves credits her upbringing in Texas and growing up around Spanish-speaking people as something that spurred her decision to start learning the language. Perhaps it was also to expand her reach. She has sung other Spanish-language songs like when she covered Selena Quintanilla's "Como La Flor" at the Houston Rodeo back in 2019, which was widely lauded.

Despite articles about the success of Musgraves's Spanish covers, I haven't seen anyone who directly addresses whether Musgraves has earned the right to cover the music of Latina singers, particularly Parra.

Parra's music was critical of the wealthy elite, "all of whom she held responsible for the social and economic plight of Chile's disenfranchised poor," according to Britannica. Musgraves's estimated net worth is $10 million. The thought of millions of people singing along to this song at a concert, in their cars, at home, and without knowing its history made me feel kind of icky. Who, then, has a right to sing songs from another culture? Who profits off of this? Musicians have been doing covers for decades; this is nothing new. This song in particular was covered widely, including by Joan Baez and even Michael Bublé. But Parra's life was so deeply tied to political activism that it seems almost distasteful to recontexualize it, and by a singer who has no Chilean roots.

Has Musgraves ever visited Chile? Has she actually learned about the culture? Like with most covers, younger generations will attribute it to the new artist, almost as if it's a secret for older generations who know the "real" version, with all its political undertones and history. Parra is credited with renewing interest in traditional Chilean folk music, and in album reviews, I rarely see the connection to this.

What feels frustrating is that at first, I was excited. Had I somehow missed that Musgraves was South American? There's a camaraderie when I meet a Chilean in the USA; a rare occurrence that has happened only a handful of times. We are such a small population that it feels vital to hold on to our heritage — the USA is already exploiting the Chilean land for its wines and produce. Now it's taking a beloved folk singer's most famous song and repackaging it with a bright-colored, Texas-twang mainstream star. It felt like I'd been duped.

While it feels less offensive to have a woman covering Parra's work (especially compared to Bublé), it is still a white woman of English, German, and Scottish descent taking something, rather than amplifying the voices of Chilean women, who are often silenced or do not have access to the platform that Musgraves does, such as Chilean singers like Javiera Mena or Pascuala Ilabaca.

Of note, Musgraves has a 2022 tour scheduled with US cities and two international stops: Canada and Spain. This is not to bash Musgraves, as I am a fan and could listen to Golden Hour for, well . . . hours, but to draw some lines about appreciation versus appropriation. She is extracting one of Chile's biggest prides and turning it into something else entirely — none of which is helping the women of Chile.

I love Musgraves. I love Parra. But forced to choose, my loyalty lies with my roots. Musgraves is talented; the voice of an angel with shiny hair that makes me ready to buy any product she's selling. She's perfectly capable of writing and singing her own music. And perhaps now that she knows Spanish, she could write her own Spanish-lyric songs. But please, if singers are going to extract the music of a people and erase their history, at least amplify their stories, too.

Black History Month
Allyson Felix's Mentor Was an Olympic Legend, Too: "Jackie Has Been by My Side"
by Allyson Felix 11 hours ago 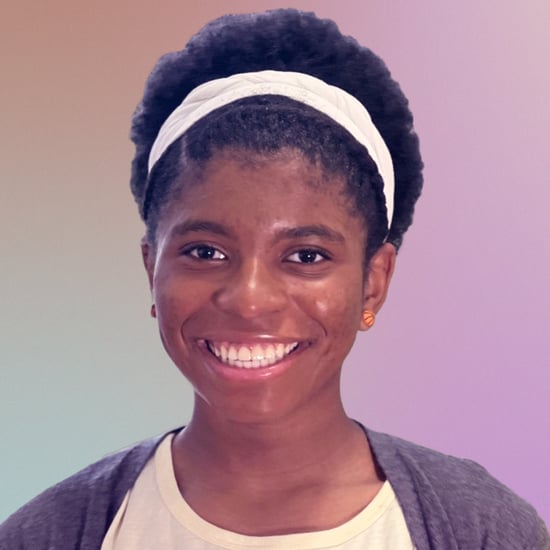 Black History Month
Actor Zuri Reed Lives by This "Simple, Yet So Profound" Lesson From Her Mom
by Zuri Reed 11 hours ago