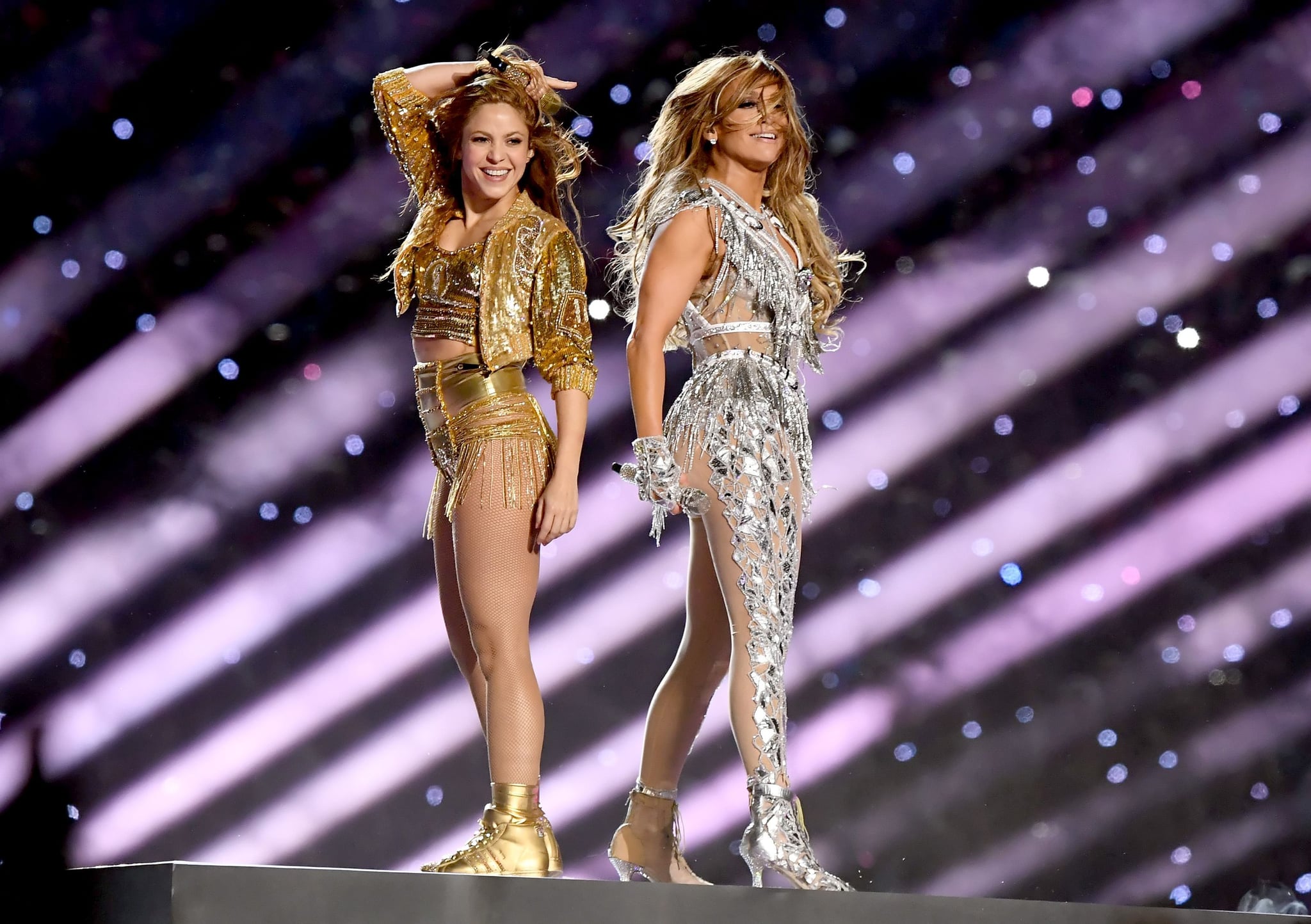 The 2020 Super Bowl moment we've all been waiting for (aside from the actual game itself) more than delivered on the hype! On Sunday, Feb. 2, Jennifer Lopez and Shakira took the stage at Miami's Hard Rock Stadium for their joint halftime show, and it was a fantastic combination of the singers' dynamic singing styles. Shakira opened the show by enchanting viewers with her hypnotic hips and her iconic jams like "She Wolf," "Empire," "Wherever, Whenever," and "Hips Don't Lie." She even brought out Bad Bunny for a remixed version of his hit with Cardi B, "I Like It." Super Bowl 54 happens to coincide with the singer's 43rd birthday, and we gotta say, she rang it in with an epic show!

Lopez took over for the second half of the performance, literally lighting up the stage as she appeared wrapped around a stripper pole. (Yes to this Hustlers content!) The 50-year-old singer then led the crowd through some of her greatest hits, including "Ain't That Funny," "Get Right," "Waiting For Tonight," and "On the Floor." And while we loved J Balvin's appearance, we have to admit that Lopez's daughter Emme Maribel Muñiz showing up during the final mashup of "Let's Get Loud" and "Waka Waka (This Time For Africa)" was actually our favorite bit! Relive the amazing performance ahead, from Shakira's drum solo to Emme's Super Bowl debut.