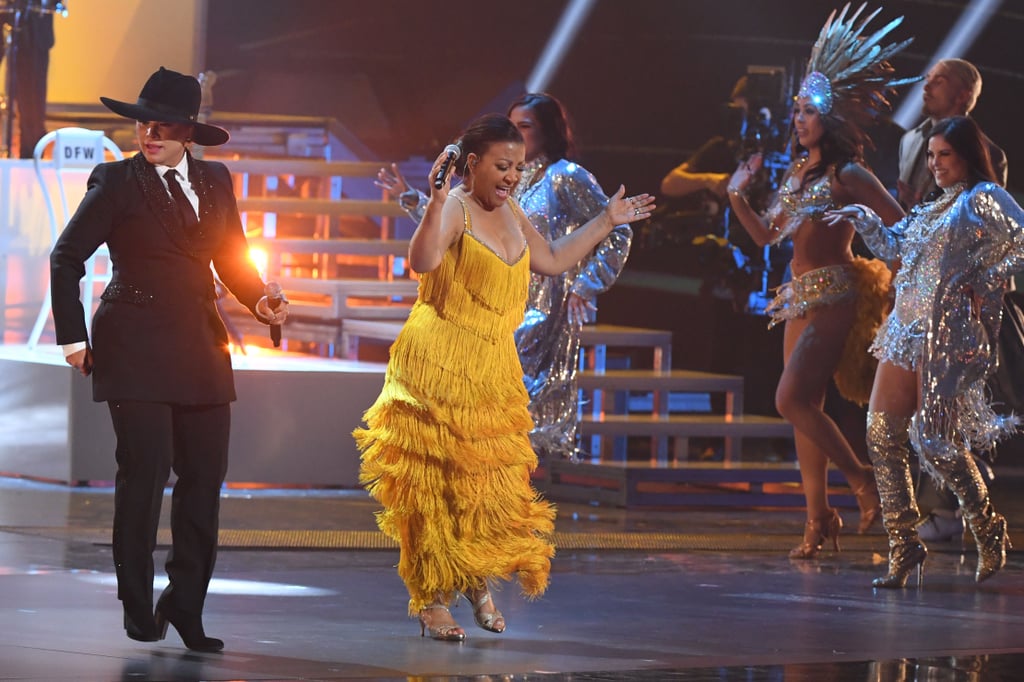 The 20th Latin Grammys' Opening Number Proved How Awesome Latin Music Is, but We Knew That Already!

The 20th annual Latin Grammys began with a bang! In a lively and upbeat performance, Milly Quezada, Olga Tañón, and Anitta opened the show singing none other than "La Vida es un Carnaval," originally by the queen of salsa, Celia Cruz, who graced the first few Latin Grammys with her presence until her death in the Summer of 2003.

While Milly and Olga are considered merengue queens, they brought their best vocals to this salsa, demonstrating that la experiencia no se improvisa and solidifying their icon status. Meanwhile, Anitta stole the show, once again shining with her presence and making everyone forget that Spanish isn't her first language.

Following "La Vida es un Carnaval," Reik, Carlos Rivera, and Leonel García had us believing Juan Gabriel was still alive with their rendition of "Querida." I have to admit, it was impossible not to get up and sing a todo pulmón while getting all excited because they sounded so good. Reik and Leonel had me dreaming of falling in love again, while Carlos had me thinking thoughts I shouldn't say out loud. Hey, Carlos, call me!

Right after this group, Prince Royce, Calibre 50, and Natalia Jiménez honored El Rey del Jaripeo, Joan Sebastián, singing his song "Secreto de Amor." It brought back so many memories of my youth, when every day at the same time, you'd hear all the TVs from my neighborhood blasting the song, as it was the main soundtrack of the telenovela of the same name. Even if you didn't know all the lyrics, you'd still know "Eres secreto de amor / Secreto!"

My heart felt overjoyed reminiscing about so many amazing songs from different Latin genres and eras. But then, what I thought was impossible became possible. Draco Rosa came out as his best rocker self, guitarra en mano and everything, playing some very familiar chords. It didn't take long for me to realize he was playing "De Música Ligera" by legendary Argentinean band Soda Stereo.

Gustavo Cerati would've been proud to see such an artist play his music with that level of skill. And just when things couldn't get even better, another quintessential Latinx rocker came out: Beto Cuevas. The former La Ley frontman still has a way of making me feel butterflies in my stomach with his melodic voice and smooth persona. And if you thought that was it, the one and only Fito Páez showed up. The Argentinean rock legend sang his verse before Draco and Beto joined him to belt out the famous chorus.

At this point, I had tears in my eyes as I realized how Latin music is really timeless, watching the different musical generations come together to honor those who are no longer with us and keeping their legacy alive. Man, what a beautiful sight, what a beautiful feeling, and what a great opening number!

All of this culminated when Ricky Martin came on stage to sing the last few "Nada más queda" before he let out a very heartfelt "Gracias . . . totales" the same way Cerati would close his shows. A standing ovation ensued, and at this point I was full-on bawling because I'd just witnessed one of the most beautiful tributes to Latin music by the best artists of this generation and the past. It was truly one for the books.