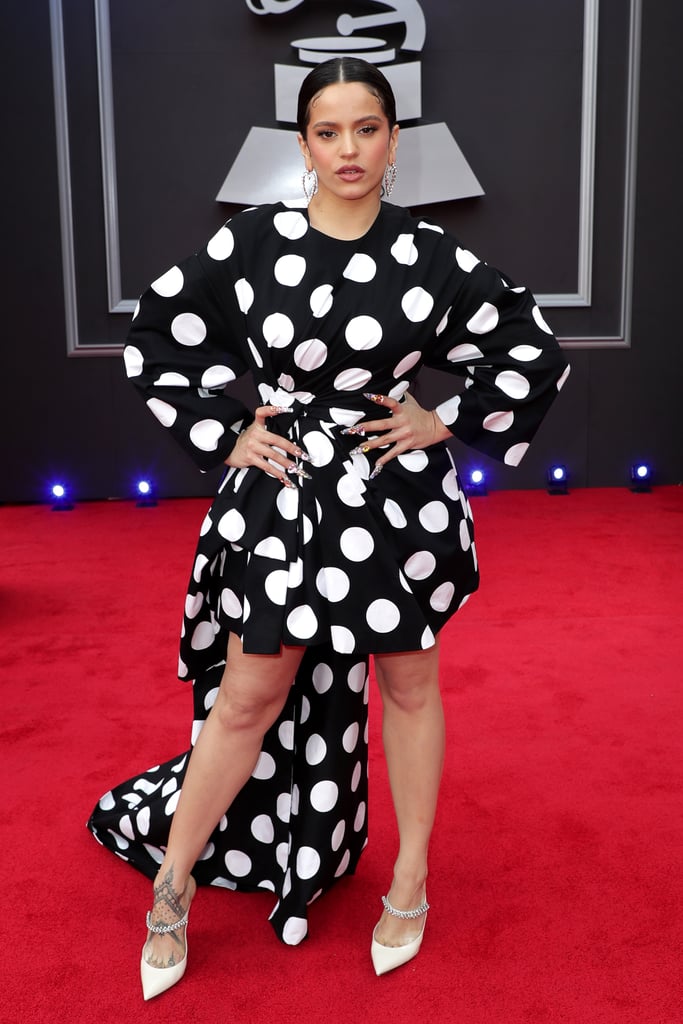 It's the Latin Grammys 20th Anniversary, and the Red Carpet Was as Extra as We Expected and More!

It's been 20 years of the Latin Grammys, and Latinx and Hispanic celebs didn't come out to play but rather slay the red carpet. The biggest night in Latin music gathered who's who in the industry, from veteran performers, to newcomers, to anyone who wanted to celebrate with us.

Tonight is the night to be at the MGM Grand Garden Arena in Las Vegas, as the show promises to be a historic one, with an opening number featuring an all-star performance of 20 artists who will sing together for the first time and interpret multiple iconic songs spanning various genres of Latin music, while commemorating the past 20 years of excellence.

This year's hosts Roselyn Sánchez, Ricky Martin, and Paz Vega were the firsts to float down the red carpet — seriously, they looked so calm, cool, and collected — followed by some of our favorites, including Rosalía, Anitta, Camilo, Person of the Year award recipient Juanes, Olga Tañón, and more. Keep reading to see the amazing fashion display at the Latin Grammys red carpet.