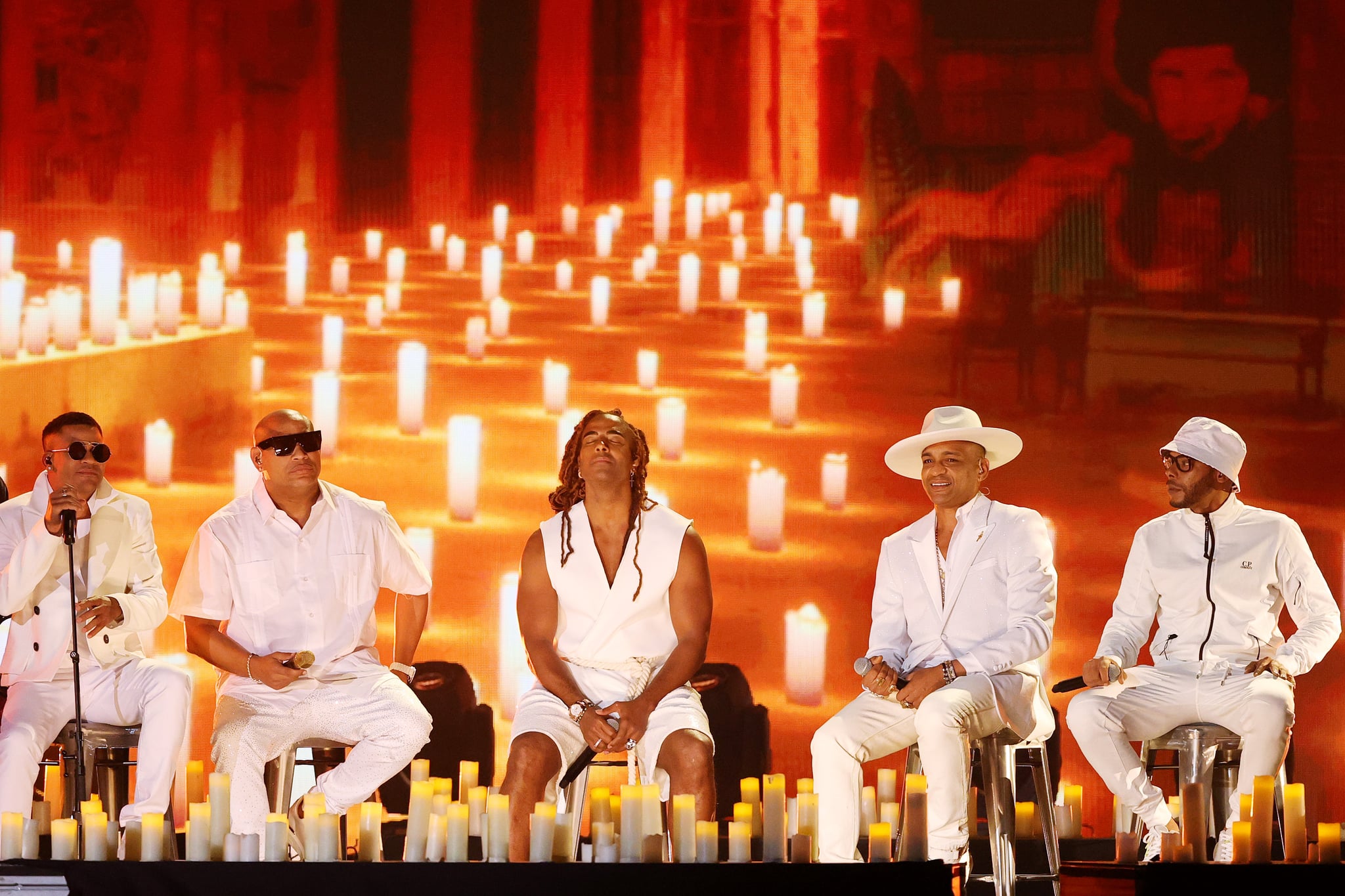 While there were a lot of performances worth watching tonight, nothing moved us more than the acoustic-rendition performance of "Patria y Vida" by Cuban artists Randy Malcom, Alexander Delgado of Gente de Zona, Yotuel Romero, Descemer Bueno, and El Funky. The original rap song "Patria y Vida" became a protest anthem in Cuba last year after thousands of Cubans took to the streets to protest the island's Communist regime. It has since become an iconic slogan associated with resistance, activism, and a call for freedom. In many ways, it is the song that's defined the uprising that's currently happening in Cuba.

"Patria y vida" actually translates to "homeland and life" in English. Not only did tonight's performance amplify everyone in the audience, but the song also won song of the year. The group finished off both their performance and acceptance speech by shouting out "Que Viva Cuba!" This is the second award show performance that has made a major dedication to Cuba. Quite a few Cuban artists protested against Cuban oppression at this year's Premios Juventud, including Pitbull, Emilio Estefan, and Camila Cabello.

The fact that the Latin Grammys not only acknowledged "Patria y Vida" but also chose it as song of the year speaks volumes about the slow but steady progress the academy has made. This wasn't just a win, this was a statement!