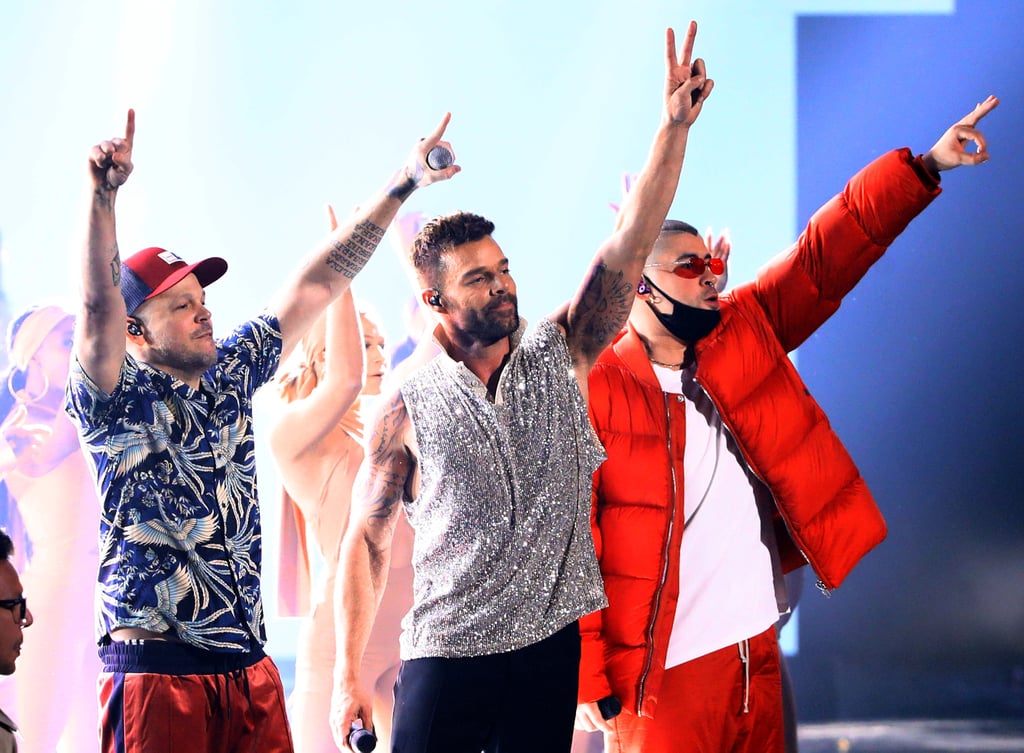 Was I the only one who watched Ricky Martin, Residente, and Bad Bunny at the 2019 Latin Grammys and was left feeling like I'm so proud to be Puerto Rican even though I'm not Puerto Rican? I was on my feet, singing along "Que cante mi gente!" and tirando los pasitos to the salsa rhythm, and it felt good.

You might remember seeing a lot of Ricky Martin, Residente, and Bad Bunny over the Summer, because the three of them were in Puerto Rico leading the protests that called for the resignation of then-Governor Ricardo Rosselló. As soon as Rosselló resigned, Residente and Bad Bunny released "Bellacoso," and while that was a banger on its own, with a very celebratory beat, it wasn't necessarily Ricky Martin's style. I personally was beyond happy Ricky maintained that desire to work with them and took his time to come up with an idea that would benefit everyone's style.

"Cántalo" is that result. It's a fun, lively salsa with reggaetón and hip-hop elements that feels like a massive parranda you'd want to take part in. If it sounds somewhat familiar, it's because it was inspired by Héctor Lavoe's "Mi Gente." Fania All-Stars, the band Lavoe was part of, handed over the masters of the original track, which became a "huge responsibility," according to an interview Ricky gave El Nuevo Día, and "filled my heart with pride."

"I feel like inspiration came from this wave of ancestors who had the need to communicate something, and we just opened up the channels so they could manifest themselves however they needed to," Ricky added. He performed the song for the first time, alongside his famous collaborators, at the 2019 Latin Grammys to a hyped-up audience, who kept dancing throughout and enjoyed Ricky's modern dance moves that evoked the tribal dances of our ancestors.

Scroll to see some of the best moments during the performance.