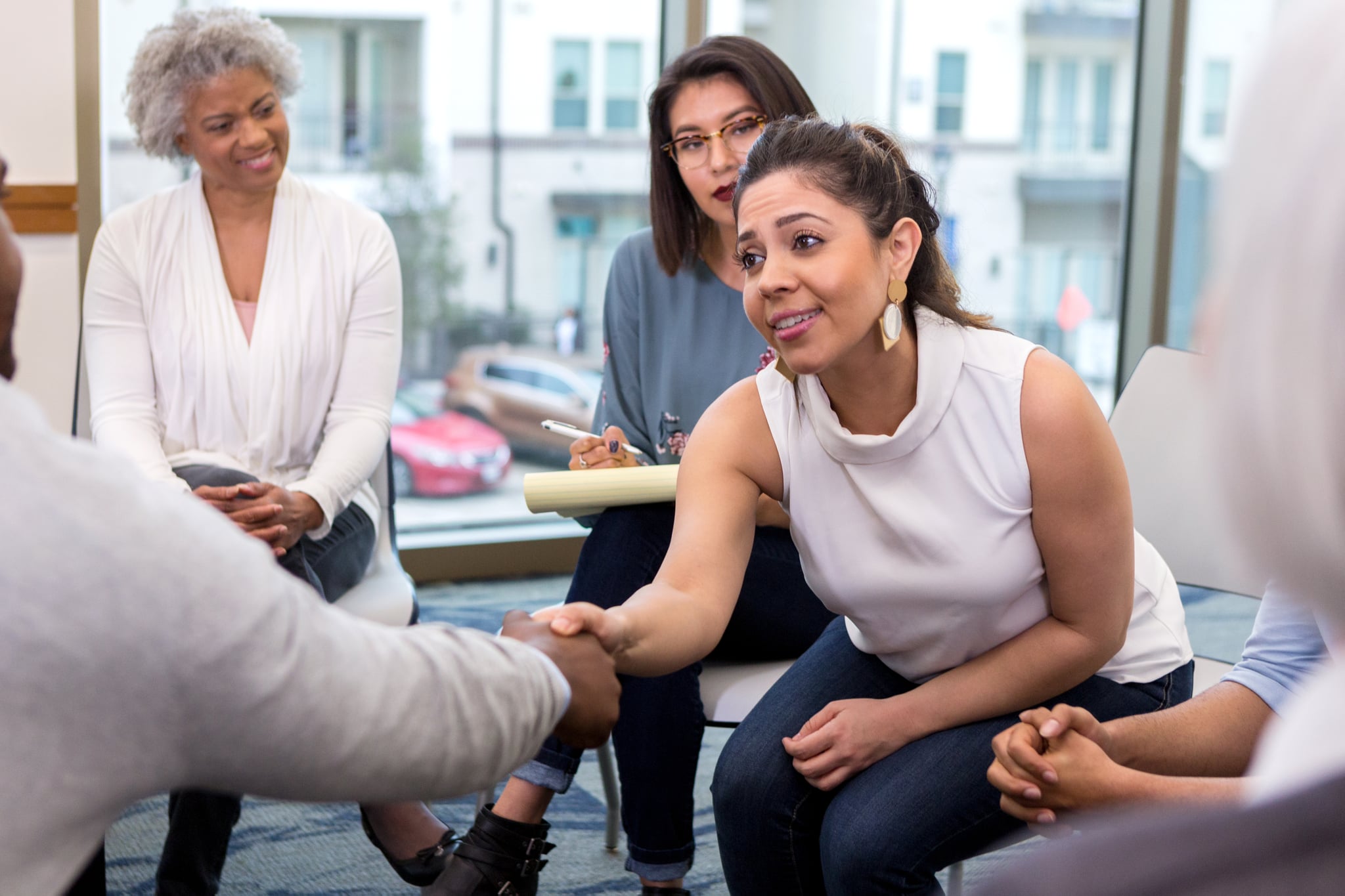 When I was a child growing up in the Dominican Republic, I was taught that when you greet someone, you greet them with a kiss on the cheek. It didn't matter if it was someone I knew — in that case, the kiss came with a hug most of the time — or someone whom I was just being introduced to. The polite way was to always give a kiss. I grew accustomed to that notion and carried it with me, assuming each culture had a similar way of greeting (Spain, France, and Italy give two kisses, and there are other European countries that greet with three!).

I knew that people in the US didn't really kiss upon meeting, and handshakes were the norm, but I never understood how that would change me. When I moved to the US at 21, it took some rewiring my brain to really get used to the handshake. At first, some people would give me a weird look when I'd lean in for a kiss, and others would assume I was being flirtatious.

In my head, I was just being polite — how I was taught. I didn't think too much about it, as I'm sure happens with many Dominicans. Everyone in DR is all about getting as up close and personal as possible. We don't see it as something that might be triggering for some, because we're just bombarded with a lot of physical contact from the moment we're born.

Hugs, kisses, shoulder taps, even grabbing someone's hand while you're talking to them are a few of the things that Dominicans — and a lot of Latinx — just do. When I first moved here, I could've told you that we do that because we like to create a more personal connection with the person we're interacting with, make them feel like they matter to us, like we're there for them, that we're really paying attention, and because we want them to feel comfortable. Now, eight years later, I can say that getting so close with someone I've just met actually feels like a violation of my personal space.

People back home can say that NYC has changed me and made me a bitter person, because now I automatically extend my hand upon meeting someone before they even have a chance to lean in for the kiss. But I've realized that by giving that kiss, I'm inviting that person I still don't know into my life and giving them access to get close to me. And one thing I've learned in these eight years living abroad is that it's OK to set boundaries.

You do not owe anyone a kiss — especially if you don't know them — and you don't have to let anyone into your life unless you want to. I personally prefer to first extend a handshake, then take it from there. I think about how I feel around that person and if that person is someone who I would keep around in my circle or if it's a one-time meeting. I do, however, greet my friends and family with a kiss and sometimes even a hug, too, because those are the people who make me feel comfortable, with whom I have a relationship, and the people I like to keep close.

So if I meet you and greet you with a handshake, don't be offended! I'm just getting to know you, and I need boundaries.