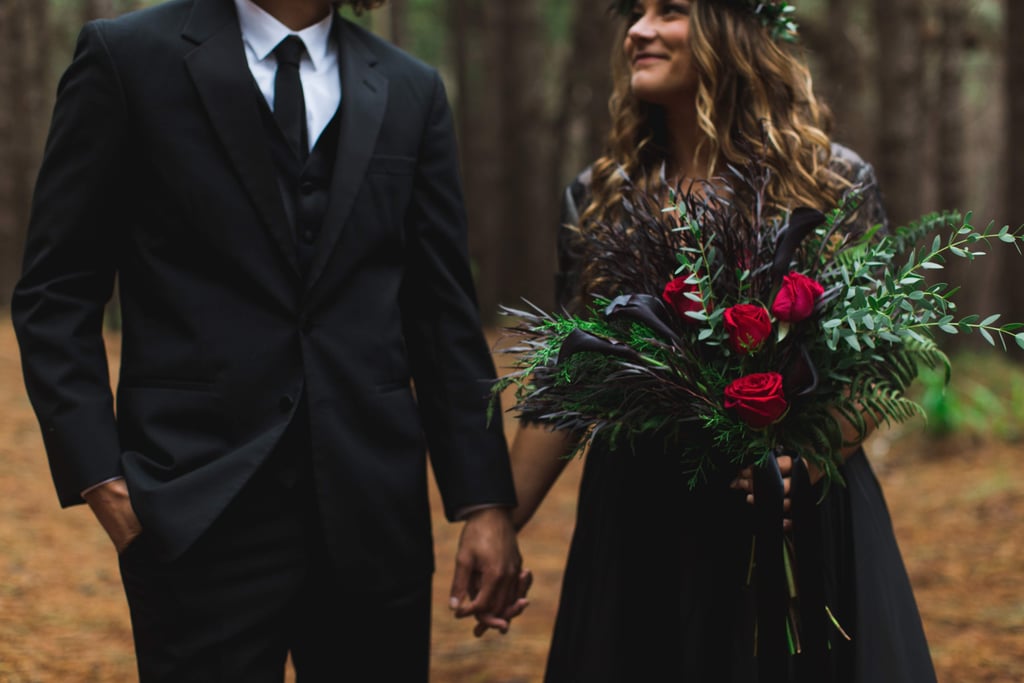 Naya and James met in Maui and fell in love exploring and adventuring on the island. Waterfalls, jungles, beaches, and forests were common settings in their love story, so it was only suitable that they would get married halfway up Haleakala Crater in one of the most beautiful forests in Hawaii. Their original plan was to exchange vows on top of the volcano, but a storm forced them to go with their backup plan, which was still executed flawlessly.

The couple both donned all black for their intimate boho ceremony, adding to the slightly eerie feeling the surrounding trees already gave. Less than a handful of guests were invited to be a part of their special day, and the two came full circle in the forest when they officially became husband and wife.

Related:
We Don't Know If We're More Floored by This Hawaiian Wedding Venue or the Bride's Gown
Previous Next Start Slideshow
WeddingReal WeddingsMauiHawaii

Issa Rae
Issa Rae and Louis Diame's Wedding in the South of France Was So Stunning, We're Taking Notes
by Haley Lyndes 1 day ago