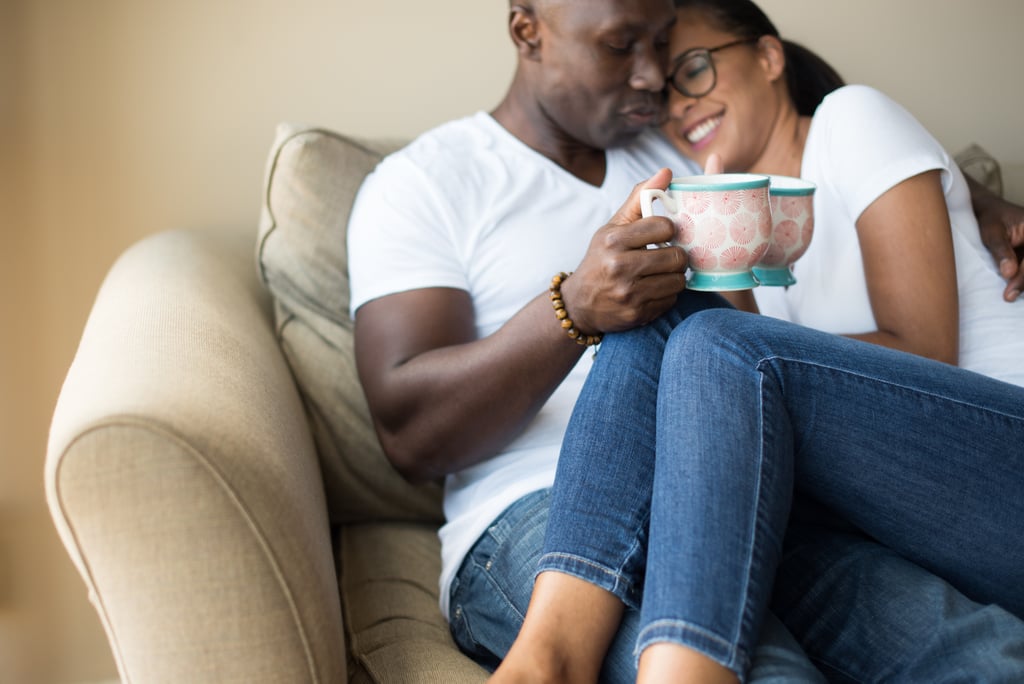 There's nothing we love more than hearing about how a couple met, and this couple's story is the sweetest. The bride-to-be attended the Congressional Black Caucus's Phoenix Awards Gala in Washington DC, where she just moved back to a year or two after college. With a floor-length black DVF wrap dress and her hair pulled back, she was admittedly looking and feeling incredible. While she and her boss were mingling with other professionals, one man in the group was especially intriguing.

"He stood out for his quiet humility, he spoke when he had something to add to the conversation, had no desire to be the center of attention, looked each person he spoke to in the eyes — and seemed to completely ignore me," she told Shoot Happens Photography, who shot their engagement session.

This only sucked her in even more and after exchanging contacts, she asked him to dinner that week. When he came back from traveling for a month, he called her to meet for dinner as he promised. "We sat and talked for hours on end and not wanting to end the night, walked to a local reggae bar on U Street and danced till we were soaked in sweat and couldn't stop laughing," she said.

Five years later, he proposed to her surrounded by the people she loved. They were visiting their friends for their goddaughter's first birthday, and as she was helping her get ready for the party, she noticed her soon-to-be fiancé looking at her especially lovingly.

"I could tell he wanted to say or do something — usually when he likes what I have on, he'll call me over to him and do something cute or cheeky," she said. "He called me over to him, and instead of being cheeky he asked me to sit down." As Skylar sat in her lap, he told her about the moment he knew he wanted to ask her to be his wife and how he wanted to start a family together. They celebrated with their friends over brunch and then escaped to one of their favorite places, Grand Velas resort in Mexico.

"He makes me laugh every day and I genuinely see him work hard to learn new ways to show me he loves me."