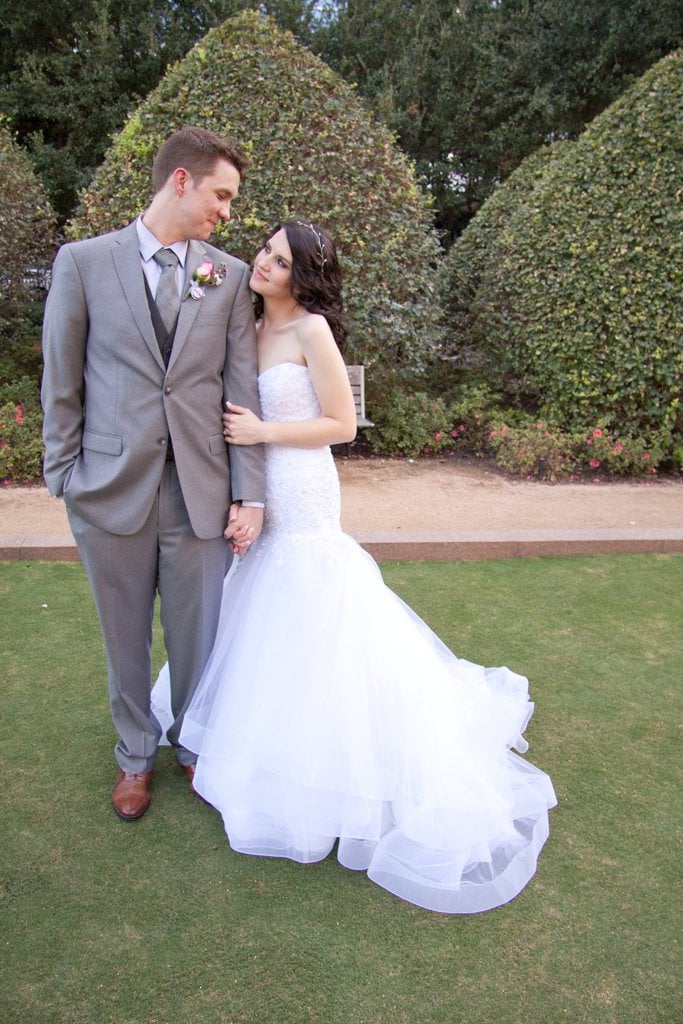 Each Table at This Adorable Wedding Reception Is Based Off a Disney Movie!

Ty proposed to Ashley next to the Sleeping Beauty Castle at Disneyland, so they knew their wedding had to relate to Disney. Each table's theme at their reception took after a Disney movie with centerpieces that represented the heart of each favorite film. Ashley arranged them with Disney collectibles and DIYs. The Little Mermaid table included a dinglehopper and a snarfblatt, and the Beauty and the Beast table featured Lumiere, Mrs. Potts, Chip, and a rose that Ashley made herself. Other tables were inspired by Tangled, Cinderella, Frozen, Snow White, and Alice in Wonderland.

Ashley even wore an Alfred Angelo for Disney Weddings gown, which made her look like a Disney princess. One of the most adorable parts of their themed wedding was their wedding cake made by Ashley's sister-in-law. The cake toppers were mini replicas of Carl and Ellie's chairs from Up!

"This wedding is proof that Disney is a state of mind and Disney fairy tales can happen anywhere!" the wedding photographer said.