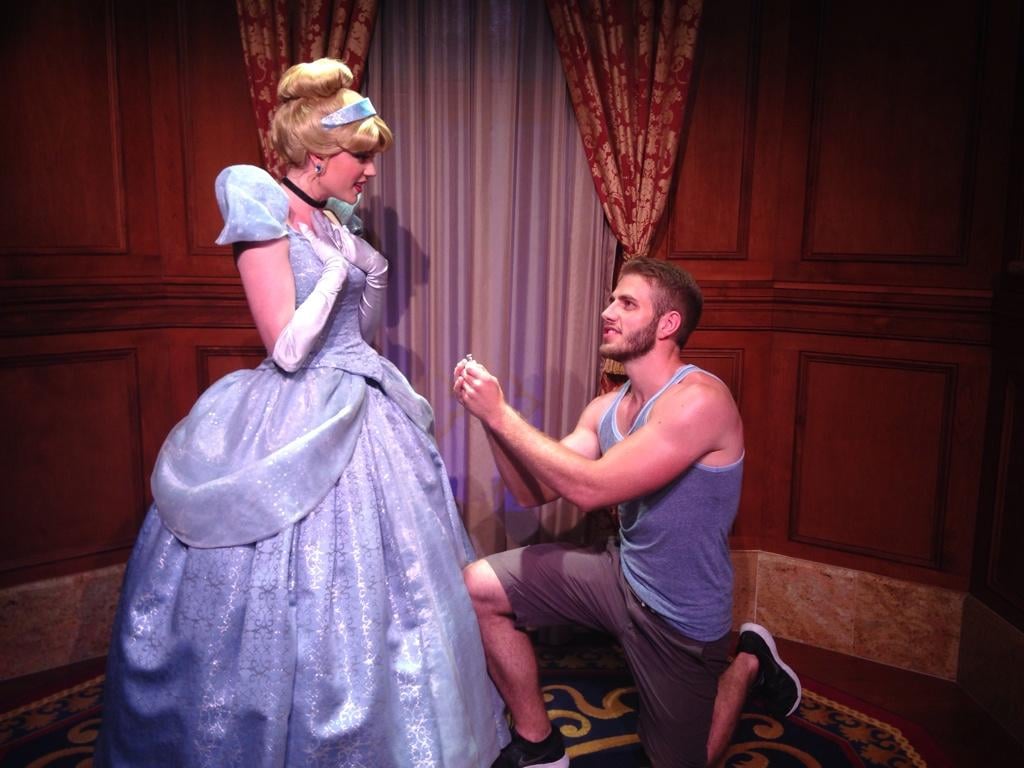 Before changing it to "patron saint of Star Wars and Chipotle," Blaine Gibson's Twitter bio read, "I make your fantasies come true," and he lives up to that promise with this epic photo series. The Rooster Teeth producer actually bought a ring (at Walmart) and proposed to all the Disney princesses at Disney World. While the photos will have you laughing, Blaine was actually hoping for a love connection after the silly stunt. In a video podcast, he says:

"Man, Ariel was hot. She was really cool. My hope is that when I tweeted [the photo] . . . I would hear back. Sure enough, I found a guy who tweeted me. He said he went to high school with Cinderella . . . And I had a Disney employee who was a Rooster Teeth fan who said that she found Ariel and was going to give Ariel my Twitter handle."

So maybe he'll get his fairy-tale ending after all? See the pics now to see who ended up with the ring (it wasn't Ariel!).

Wedding
This Couple's Autumn-Themed Wedding Had the Cutest Details, Including a Corgi Ring Bearer!
by Haley Lyndes 15 hours ago

Holiday For Kids
'Tis the Season on Disney Channel! All New Holiday Episodes Begin Airing on Nov. 28
by Alessia Santoro 3 days ago