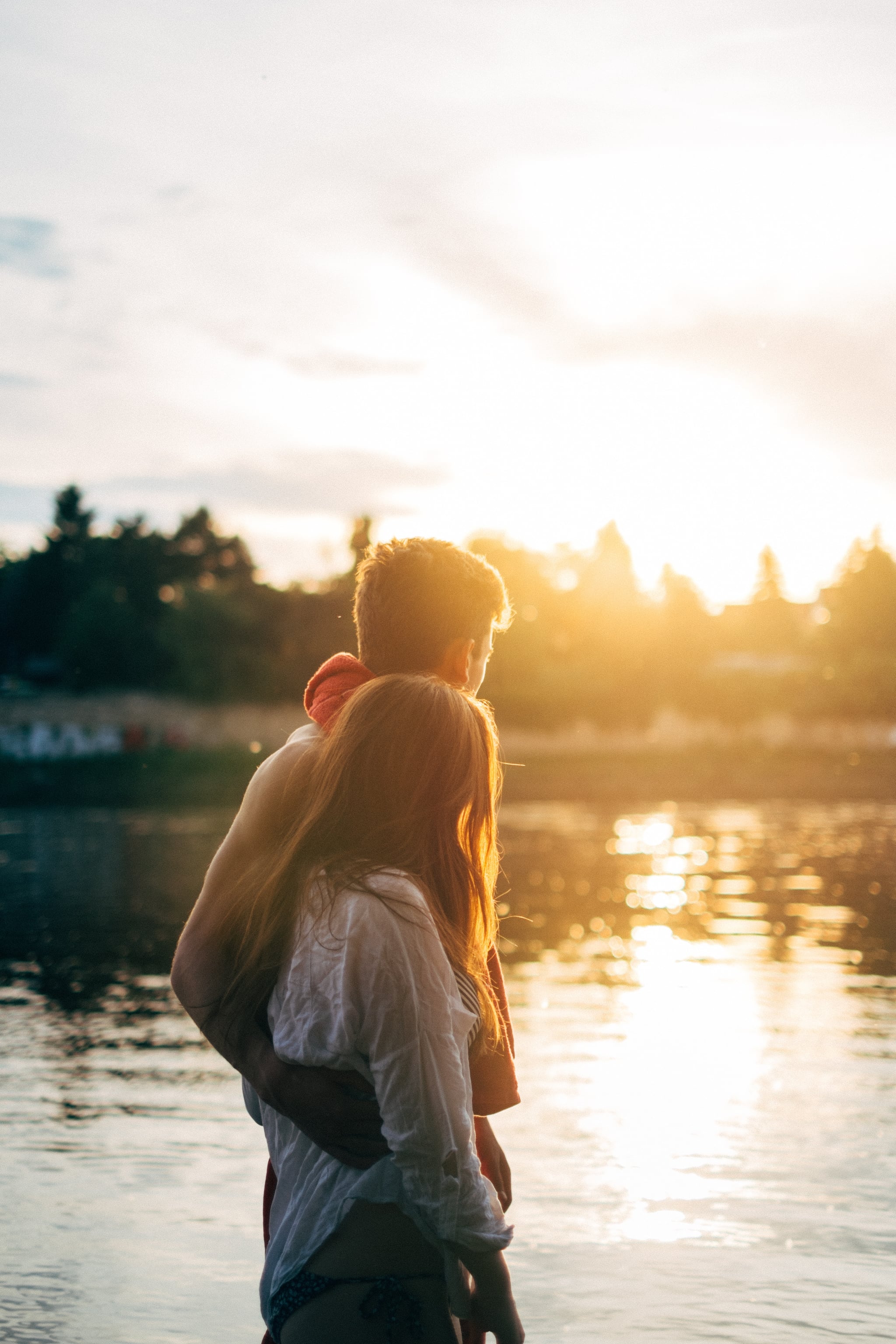 One of the most painful aspects of being cheated on is looking back and feeling foolish (on top of heartbroken) for not recognizing what now seem like obvious signs. I'd always heard the tell-tale signals that a guy was cheating: a new workout routine, a change in schedule, sudden secrecy around his phone or whereabouts. But for me, the biggest red flag in hindsight was one you don't hear about as much: extreme moodiness.

About six years ago I was totally, dreamily, blindingly in love with Matt. He seemed fully committed to me and never gave me any reason to doubt that. So for the first time in my life, I let myself fully relax into a relationship. There were no sneaky looks at his phone or peevish texts if he was at work happy hour too late. I'd been burned enough in the past to stay vigilant about those classic cheating signs, and I saw none. Besides, I was so sick of having to play spy instead of girlfriend. So when he went to Dallas for a bachelor party, I gave him space to be with his friends and only sent a few "Hope you guys are having fun! Make Tyler hold your hair back if you puke! ;)" texts here and there.

Related:
7 Signs You're in Love With a Liar

Matt's grouchiness was in fact resentment at me for keeping him from the girl he actually wanted to be with. And when he'd hear from her, he didn't even bother to keep that joy under wraps.

But a few days after he got back, Matt started snapping at me. It began as little things: he used to chuckle at my love of Diptyque candles, now I got a lecture about how reckless I was to spend $40 on a candle and how could we have a future together if this is how I handle money?! Uh, OK. My once-endearing habits suddenly became intolerably irritating. Honey on my avocado? "You're so weird," he sneered at me and my poor, innocent breakfast. "Sometimes it's like you do things just to be strange." I . . . what? It's a nightmare to think that your partner doesn't love you, but somehow worse to think they don't like you. And suddenly, Matt definitely didn't seem to like me. I was like some annoying kid sister he couldn't get rid of. So, out went the candles. Honey stayed in tea and off avocados. Soon I was walking on eggshells, dampening down my personality and needs because I never knew what formerly innocuous habit or trait would set him off.

But these outbursts were juxtaposed with something even stranger: gushy bursts of pure adoration. A giddiness that seemed to come out of nowhere. One minute Matt would be broodily texting like some surly teenager, the next he'd sweep me into his arms and twirl me around, like he'd just gotten the best news of his life. Well, in a way, he did.

He was getting texts from her.

All of this centered around her. Her was a girl he'd met in Dallas, a friend of a friend of someone. But it didn't matter who she was. Her was the girl who was somehow so awesome and incandescent, being with me was pure misery by comparison. Matt's grouchiness was in fact resentment at me for keeping him from the girl he actually wanted to be with. And when he'd hear from her, he didn't even bother to keep that joy under wraps. He'd perversely spewed it out . . . on me. At the time, I was grateful for any positive attention. But in hindsight, it's that sweetness that makes me the angriest, because it kept me hanging on. See, I can't break up with him, I'd think. He really does love me.

Related:
The Dating Mistakes to Avoid in 2019, According to Professional Matchmaker Patti Stanger

But of course, I didn't know any of this at the time. At one point, the flip-flopping became so extreme, I even asked his sister if Matt was dealing with a mental health issue. Silly me, he was just a good old-fashioned cheating man, one who was too cowardly to just break up with me. Instead, he preferred to terrorize me into dumping him, which I finally did.

Two weeks after I walked out, he fessed up about her. His sister guilted him into coming clean, and I was grateful for some kind of explanation, even if it broke my heart and made me seethe: how could I have missed the signs? Now, years later, I realize that the red flags of cheating can go way beyond the typical. Just as every relationship dynamic is different, so is every infidelity. So what are we supposed to do? Spend all our time psychotically analyzing every morsel of our partner's behavior? No. That's not living, nor is it loving. At some point, we have to trust: trust our partner, trust our instinct, and trust that no matter how it plays out, we will be OK on the other side!

Relationships
The 4 Stages of a Relationship, According to Experts
by Lexi Inks 2 days ago