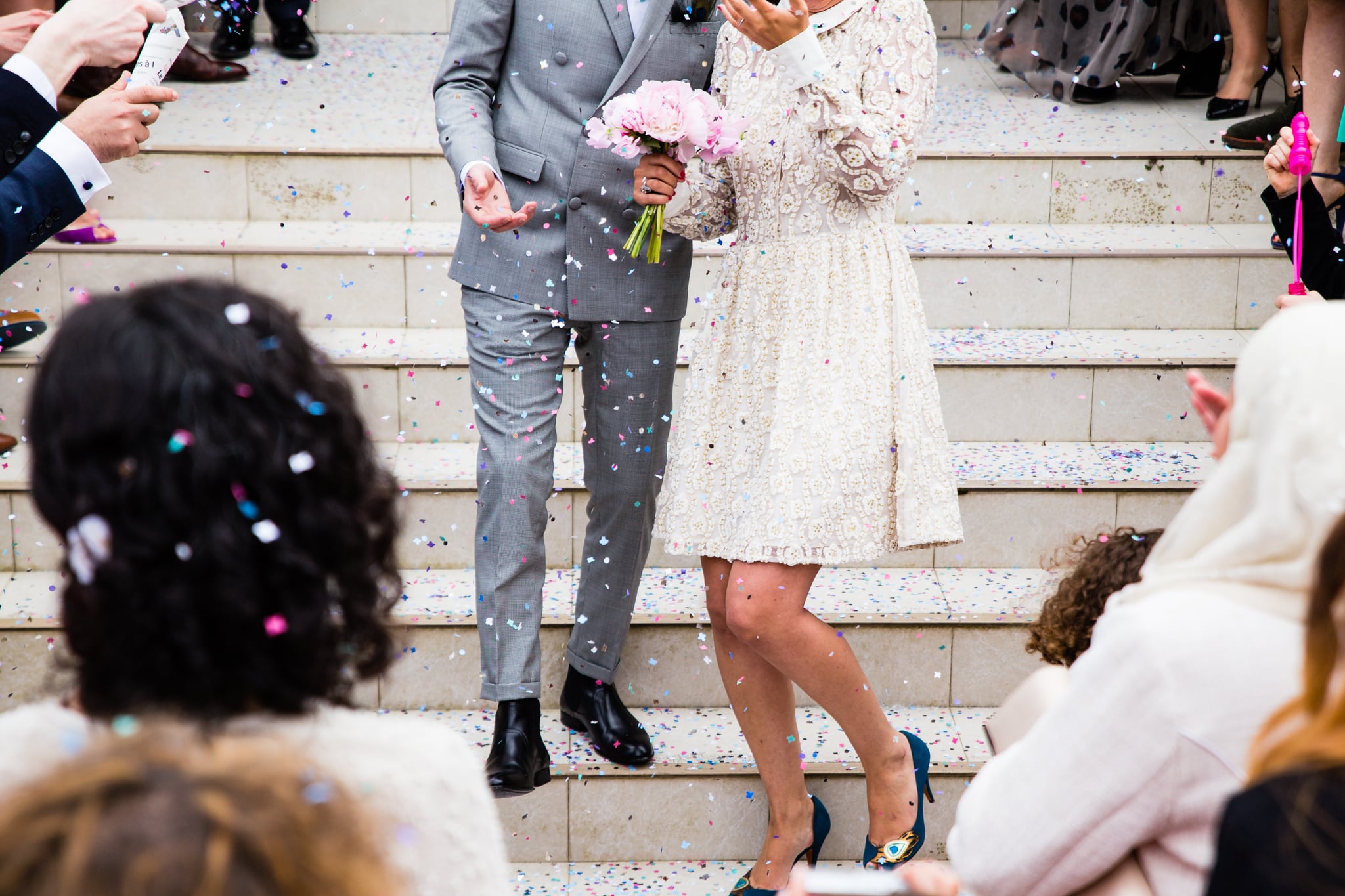 If you've ever been married before, you know exactly how much work goes into planning a wedding, regardless if you're having 20 people or 200. I'm a newlywed, and I'll be the first to admit I didn't fully understand just how daunting it is to get hitched. But over the last two years, I've learned the hard way that planning a very expensive five-hour party really is a pain in the ass, despite it also being the best day of your life.

Depending on your relationship, not showing up can border on unforgivable.

When you're in the thick of it and counting every dollar spent, it goes without saying that when people RSVP "yes" to the invitation, you assume they're coming. And although there are plenty of legitimate excuses for not attending a wedding at the last minute — illness or a death in the family come to mind — bailing because you simply don't feel like it and not letting the couple know is not OK.

Related:
Sorry but, No, Your Children Can't Come to My Wedding

When people invite you to their wedding, it's because they love you and value your relationship and want you to be a part of the celebration of their marriage. Period. If you need to miss it for whatever reason, you should always try and let them know as early as possible. While it might not be especially wise to text the bride day-of, there's no harm in reaching out to someone in the bridal party or even to the groom to let them know about the change of plans. It's better for the couple to find out beforehand and make arrangements, rather than them seeing a bunch of empty chairs at a table.

I had a couple who didn't show up to my wedding after they RSVP'd "yes" and it absolutely crushed me. While I enjoyed the the night beyond imagination, it was hard to shake the fact that two people who I really cared about were totally absent without cause. We were friends, had gone on double dates a handful of times, and had known each other for years. We truly enjoyed each other's company. While it happens at a lot of weddings and isn't something that will totally deter the day, it can still be really hurtful. Depending on your relationship, not showing up can border on unforgivable, especially if you've attended some of their major life events over the years.

Related:
I Didn't Shed 1 Tear on My Wedding Day, but That Doesn't Mean I Wasn't Emotional

The bottom line? Just be open about it. Don't send a text the day after the wedding (no one wants that) and don't try to make up for it by sending an extravagant gift. If the bride is anything like me, the check won't be cashed based on principal. As much as I hate to say it, not showing up for your friend or family member's big day when they were expecting you can be pretty damning. If you have a good reason for not being there, just tell them — they'll understand. After all, that's what friendship is all about.

Celebrity Couples
If This Is Gwen Stefani's Wedding Band, It's Certainly For the Coolest of Brides
by Sarah Wasilak 4 days ago