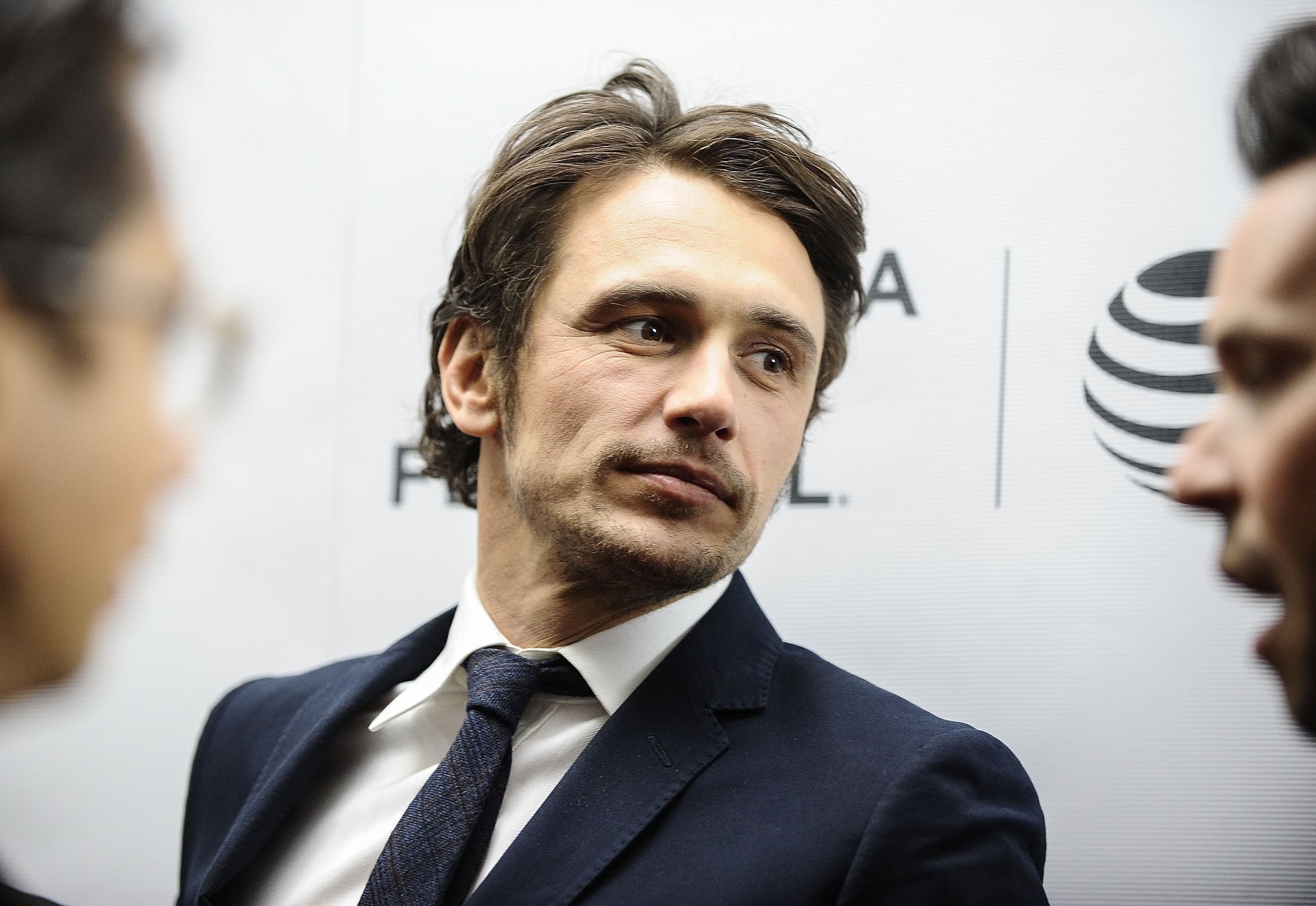 In the past year, we've seen many female celebrities like Lily-Rose Depp, Miley Cyrus, and Ruby Rose come out as sexually fluid. Male celebrities like Colton Haynes and Nick Jonas have also addressed questions about their sexuality more ambiguously, yet they still manage to remind us that sexuality exists as a broad spectrum. It's created a conversation that goes against what, for many years, made sexuality a very black-and-white topic.

Yet when James Franco came out as "a little gay" in an interview with New York Magazine, it left me feeling uneasy. While I wasn't quick to pinpoint the root of my discomfort, and as much as I did my best stay open-minded and consider his idea of being a little gay (after all, who am I to dictate how someone feels about their sexuality?), Franco's statement kept rubbing me the wrong way every single time.

The interview also makes a reference to when James Franco addressed his sexuality last year. In a self-conducted interview with FourTwoNine magazine, Franco made a coy distinction about his sexuality by saying, "I like to think that I'm gay in my art and straight in my life. Although, I'm also gay in my life up to the point of intercourse, and then you could say I'm straight."

So can James Franco be a gay man who doesn't sleep with men?

Well, there's no easy answer. Sexuality, like race and gender, is a social construction that often carries many stigmas based on how people prefer to engage sexually. In more recent years, people have used their sexuality as a proud identity. However, sexuality is far more complex, and there isn't really definitive description that encompasses the experiences of each and every single person. And who am I to tell Franco he's not in fact gay because he hasn't had sex with men? As one of my co-workers said, "Maybe he just hasn't found the right man."

But after thinking more about how Franco thinks the media is "overfocusing" on his sexuality, I was reminded of all the times society focused on mine.

From the pitch of my voice to the speed at which my hands move while talking, my gayness has been measured in more than one way. Yet I, like many other members of the LBGTQ community, have had to confirm the status of my sexuality my whole life. I remember as far back as second grade being asked if I was gay "because I sounded like it" or because I was "only friends with girls." My sexuality was determined by more than my attraction to boys. Coming out to friends and family was another uncomfortable situation where I had to establish my sexual attraction to the same sex — but I did it fully and never partially.

I was never asked how gay I was; it was just a yes or no question. Saying I was a little gay wouldn't have spared me from the rumors, the giggles, or the teasing. So what did I do? I denied it. But even in all my attempts to try to suppress my gayness in order not to stand out, my sexuality was always on display.

By insinuating that he can put a limit on his gayness, Franco fails to understand the struggles that many gay men and women face around the world. In my experience, being gay is something that I can't turn on and off. Although I've felt forced to tone down my gayness for job interviews, family gatherings, and relationships, I've never managed to separate my sexuality from who I am as a whole.

Whether or not Franco one day chooses to sleep with men as part of his little gayness is beyond me — and frankly, I don't care. While it's important to tell gay stories through film, people experience sexuality far beyond the realm of art. By admitting he's only gay in his work, Franco is appropriating gay culture and putting himself in a position of privilege where he does not take on the full responsibilities of the social implications that come with being a gay man.

By picking and choosing when he wants to be considered gay, James Franco suggests that sexuality is a choice — which it isn't. And like many members of the LGBTQ community will tell you, it's something that's been a BIG part of our lives.

Healthy Living
I Fixed My Sleep Schedule During COVID-19, and I'm Much More Energetic and Productive
by Hayden Ginder 17 hours ago

Relationships
The Wilds Explores Many Female Relationships, but Toni and Martha's Is Strongest
by Sarah Wasilak 18 hours ago