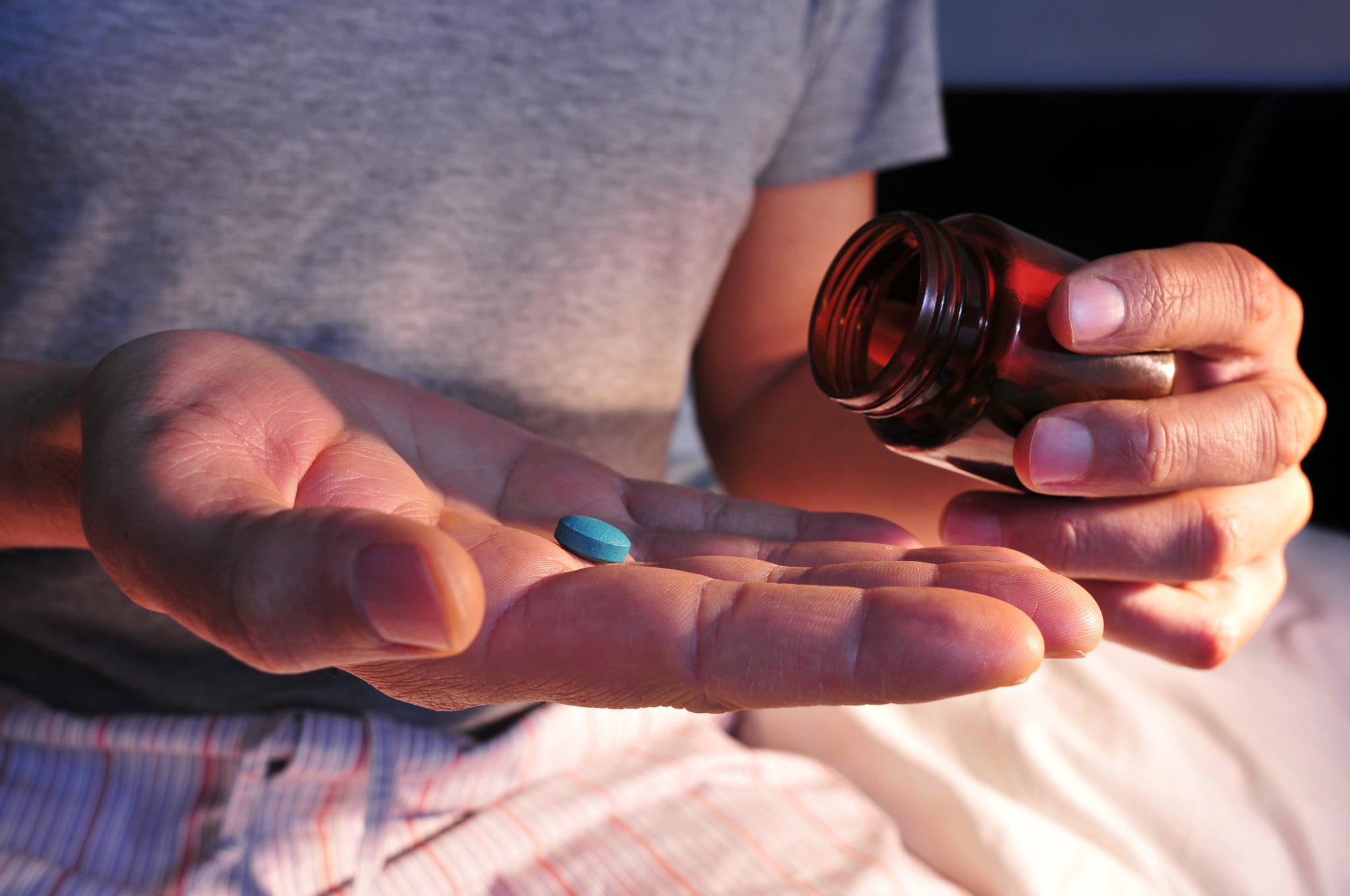 There was a brief window of time earlier this year in which the idea of a male birth control pill made its rounds in the news. I was happily surprised when I heard about it . . . a man pill?! Combined with the standard female pill, chances of an accidental pregnancy would have to be incredibly slim. One can only dream, right?

Well . . . mayhaps the male pill isn't just a fleeting fantasy. I talked to Dr. Alyssa Dweck, a practicing ob-gyn in Westchester County, NY, (and coauthor of the book V Is For Vagina) about the man pill — will we see it any time before we die? That'd be nice.

Here's what she had to say about the possible options for men in the future:

"There are a couple of male options that are sort of coming down the pipe in terms of research. None of them are available yet. There are a couple of pills that were found incidentally to cause what they're calling 'dry orgasms' — basically so that there's no ejaculate and therefore, no pregnancy could occur. This is, of course, not an approved method of contraception at this time, but something that's being looked into. There are certain other medications that might be administered to men, either as a pill or a gel that would involve testosterone manipulation. Those still are not ready for prime time, but might be coming down the pipe. There are things being looked into, but nothing available yet other than the male condom and vasectomy."

Dry orgasms?! That's a new one. Sex is generally pretty, well, wet. Looking forward to the day these contraceptives fully extricate themselves from the pipe Dr. Dweck refers to, because it's about time dudes have a few more choices. It'd certainly make some women's lives a bit easier!

Reproductive Rights
The US Supreme Court Has Overturned Roe v. Wade
by Mirel Zaman 1 week ago