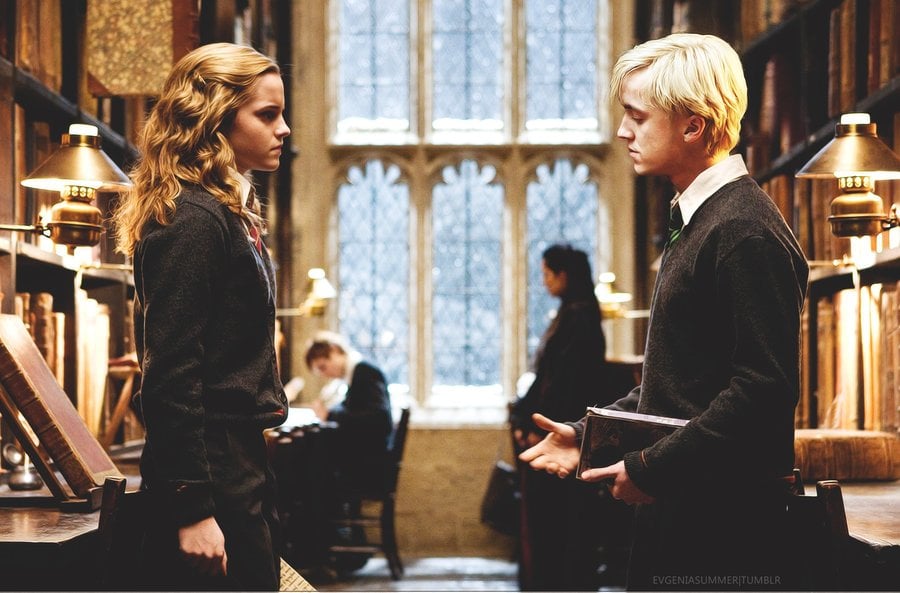 We Have Definitive Proof That Malfoy and Hermione Were Doing It

Romeo and Juliet, Cathy and Heathcliff, Jack and Rose. These star-crossed lovers don't have anything on the greatest untold love story of them all: Draco Malfoy and Hermione Granger. You may have thought that Hogwarts's baddest witch was head over heels for her redheaded BFF, but that's just because you weren't paying close enough attention to what was happening behind closed castle doors. When you thought Hermione was at the library studying spells and ancient runes, we're pretty sure she was sneaking up to the owlery for a snog with Harry Potter's sworn enemy. And when Draco was supposedly down in the dungeons boasting about his daddy's money and his impressive broomstick? Yeah, he was definitely getting it on with Granger in the Room of Requirement — which probably was a pretty sweet setup for a session between the sheets. Don't believe us? We have proof.

Related:
Previous Next Start Slideshow
Harry PotterRelationshipsMoviesGifsHumor
Around The Web