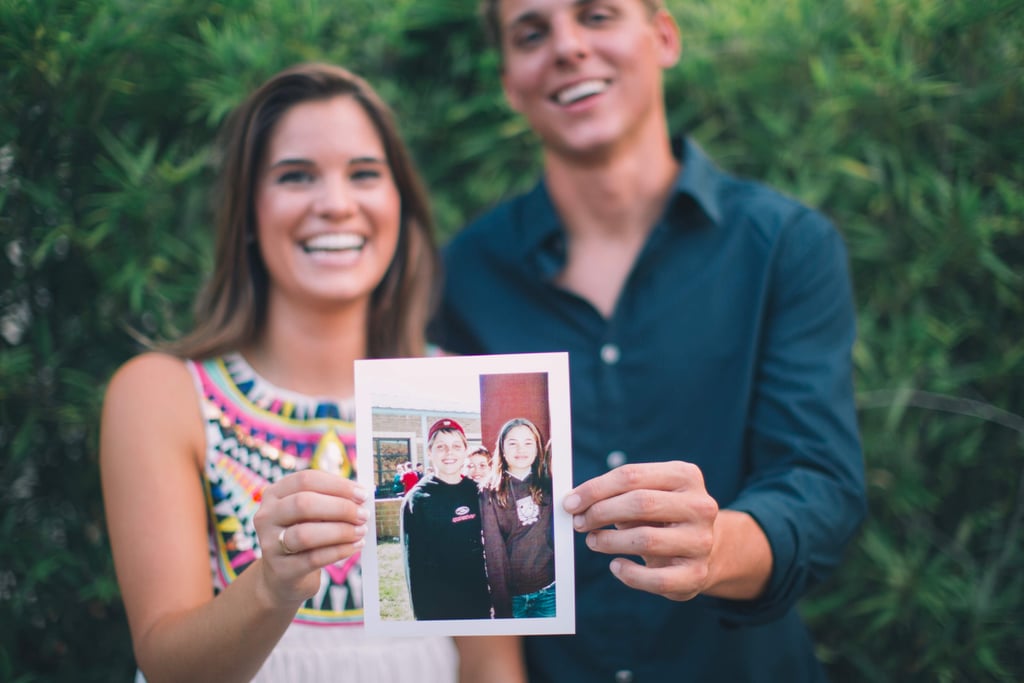 Some people are lucky enough to meet the love of their life early on, but maybe not as young as middle school. Doug, a firefighter in Destin, FL, and Courtney, a teacher, began dating in seventh grade and tied the knot years later. Though the two got engaged in 2014 and have recently welcomed a baby girl, they never would've predicted back then that they'd end up together in life.

The first time Courtney really noticed her now-husband was before school one morning. "We were all hanging out in the courtyard waiting for the bell to ring and he was wearing these black Converse with flames on the sides; I thought he was so cool," she told us. "I was a total rule follower and he was a bit of a trouble maker, so obviously I was intrigued!"

In the Summer of 2014 on their four-year anniversary, the two decided to go out to dinner and listen to some live music the night before. Courtney was exhausted and wanted a quiet rest of the night, but Doug insisted they stay out until midnight to start celebrating early. He won, and at midnight, he asked the woman nearest to them to take their photo.

"As soon as I turned around to pose with him, he pulled the ring out of his pocket and got down on his knee," Courtney said. "I was in complete shock, and so was the woman taking our photo! She was jumping and cheering, congratulating us while simultaneously trying to get this moment on film."

When it came to taking their engagement photos, the two brought their seventh grade photo to include in the shoot. They were also able to get shots with Doug's firefighter gear, which ended up being adorable!

Wedding
This Couple Hiked a Mountain at Dawn For Their Elopement, and the Pictures Are Breathtaking
by Haley Lyndes 16 hours ago