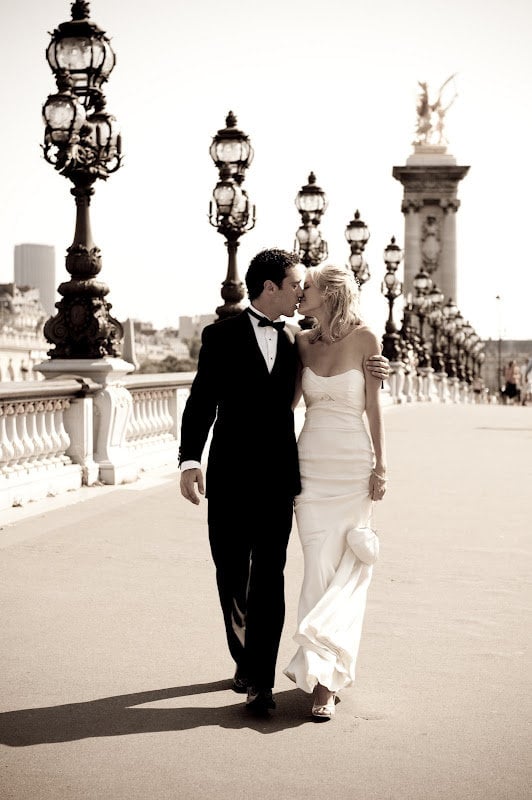 This Intimate Parisian Fete Is the Romantic Wedding of Your Dreams

Kaitlin and Aaron are part of an international love story. They met at a nightclub in Alicante, Spain, the city where Kaitlin, who's American, was studying abroad and Aussie Aaron was taking time off from his job Down Under to travel. Kaitlin recalls their out-of-order introduction: "The night we met, he told me I was incredible, we kissed, and then we introduced ourselves." Next, they made the most of the month they had together before Aaron went on from Spain to travel more, staying in touch and meeting up again in Ireland for a few days before Kaitlin headed back to the States. They'd spend the next year and a half on opposites sides of the world, with Aaron in Sydney and Kaitlin near San Francisco. Once she graduated, Kaitlin packed her bags and moved to Australia. They've been together ever since, and after dating five years, they got engaged.

Related:
This Phenomenal Mountain Wedding Will Trigger Your Wanderlust

After a nine-month engagement, Kaitlin and Aaron invited friends and family to celebrate their wedding in Paris, France. Kaitlin says, "We were first married legally in Kenya — just the two of us and our two witnesses. Our second wedding in Paris was an intimate celebration of life and love. We wanted simplicity. Good food, good wine, and great company in a magical city. A fabulous celebration with people we loved." The ceremony took place at the iconic Hôtel de Crillon located at Place de la Concorde in the French capital.

Paris proved to be a lovely destination for both sides, coming from either America or Australia, and it also made for some stunning photos. See tons and learn more about how this destination wedding came together now.

by Pallavi Bhadu 20 minutes ago