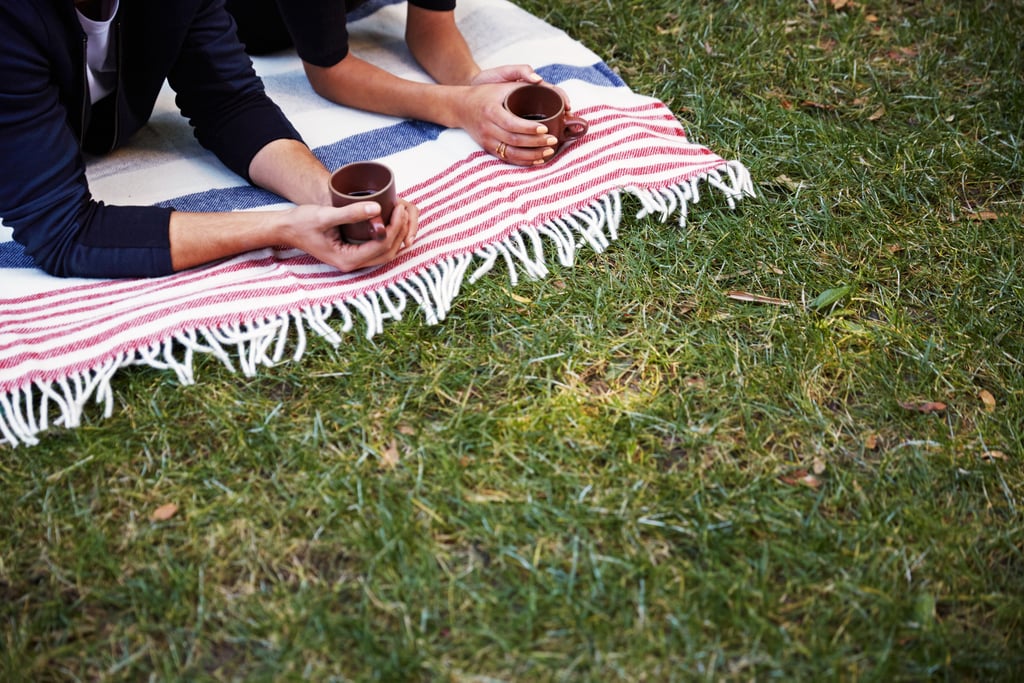 When The Weather Girls wrote their hit '80s song "It's Raining Men," I believe they were preemptively singing about my first Summer in San Francisco. I had just graduated and moved to the city. I had great girlfriends and a cool new job but absolutely zero love life. After the initial thrill of being a "grown-up" wore off (about three weeks in), my friends and I turned our attention to the most important of matters (Sheryl, cover your ears): how would we meet BOYS? How does one score a date? When will we actually be taken on the holy grail of dates . . . to dinner? Sure, we had boyfriends in college, but a 20-year-old's idea of a date is finding you a warm beer at a football game. Naturally, being 22, we agreed that if we went out hard enough, danced at enough bars, and talked our way into enough clubs, we would meet boys and go on lots of dates.

I quickly realized that this strategy wasn't getting me anywhere except to the pizza place at 3 a.m. every Friday night. While fun, I knew deep down that our strategy was flawed. We never actually met any new guys when we went out. Sure, we'd dance and flirt, maybe even get a drink bought for us, but towards the end of the night these mysterious creatures would vanish faster than a Snapchat. I decided that if I wasn't going to have a boyfriend, I should use the time to figure out what I did and didn't like — that way, when a guy did come along, I would know right away if he was for me.

And so with the giddy support of my roommates, I launched Project 52. One new date every single week for a whole year. It would force me to put myself out there, meet new people, and flex my yet-unused dating muscles. The bonus that I wasn't yet aware of was that I would have endless hilarious horror stories to pass on to my friends.

When you're a teenager, you think that dating in your 20s will be this glamorous event where you'll wear heels and guys will send limos to pick you up and take you to fancy dinners. I can now say with great authority this is categorically, painstakingly incorrect. The very first thing that I learned about dating in your 20s is that you are always running late, probably rushing home from your job which you still don't understand, totally frazzled, and wearing some weird mix of a pantsuit, desperately trying to fix your dark circles in the back of the Uber, only to arrive at a weird sports bar, have a terrible margarita, and realize the guy is a complete dud.

It's easy to get disheartened after one of these wasted evenings, so the point of "Project 52" was to force me to keep going on dates even if I encountered dud after dud. And let me tell you — there were some real class acts. I was once maybe 10 minutes late to a date with a nice engineer I had met in line at Pressed. We bonded over a weakness for $9 juices and agreed to grab something stronger later that day. The date actually went great — tons to talk about. We racked up quite the bar tab chatting away, and at the end of the night when the check came, he simply pushed it towards me — "You were late, you pay! That's the rule!" he said, totally seriously. In my Malbec-induced haze, I actually picked up the $100-plus tab. Best of all — he texted the next morning that he had a great time and wanted to do it again. I sent him a Venmo titled "I think we should just be friends."

Or how about the Hinge date that we now refer to exclusively as Olaf? He invited me to his house for a glass of wine. His place was nice, clean, no creepy comforter or World of Warcraft posters on the wall. He even had a pretty decent bottle of Pinot he knew I was partial to. All great. Then, "So, have you seen Frozen?" Watching a kids movie I can get over — let's face it, Frozen is pretty good. What I could not take was him humming, then not being able to contain himself and bursting out SINGING all the songs by heart. Olaf took it from bad to absolute worst when he quite literally shushed me when I asked where the bathroom was.

One particularly memorable charmer stopped me mid-sentence to tell me he was famous. FYI, this guy was wearing a puka shell necklace and we were having a drink at a place called "O'Malley's." I was suddenly embarrassed — what celeb was I on a date with that I hadn't recognized? When I asked sheepishly what he was famous for he said, totally seriously, that he had been featured on "Rich Kids of Instagram." I feigned food poisoning and ran away.

The lowest of the low was around week 10. I was totally out of prospects, exhausted from dating 24/7 and yet desperate to keep my pledge. I had found guys in the gym, Starbucks, the guy whose car I hit coming out of Safeway parking lot, and, of course, every dating app known to mankind. I needed a date and there was only one place I hadn't looked yet: work. You know that phrase, "Don't sh*t where you eat?" Well, yeah.

So, apart from getting me Gold status on Hinge, what did I get out of this project? Lots. Firstly, the whole experiment made me super confident in myself. If a guy didn't text me back, I didn't care! (That's how it should be!) Secondly, I learned to meet people wherever I went. I would ask anyone if they knew someone I could have drinks with. Again, I was bullish because I didn't care. I never seemed desperate because I was just having fun. I wasn't looking for anything — I was more focused on bringing back learnings and funny stories to my girlfriends than actually getting a boyfriend. Full disclosure, after four months, I actually did start to date someone, so the project was cut short — but what it taught my friends and me was that you are your most fun, attractive self when you aren't focused on finding someone. Change the narrative, and optimize for your own happiness and fun. That's where contentment comes from. A cliché, but true — I've done the leg work to prove it!