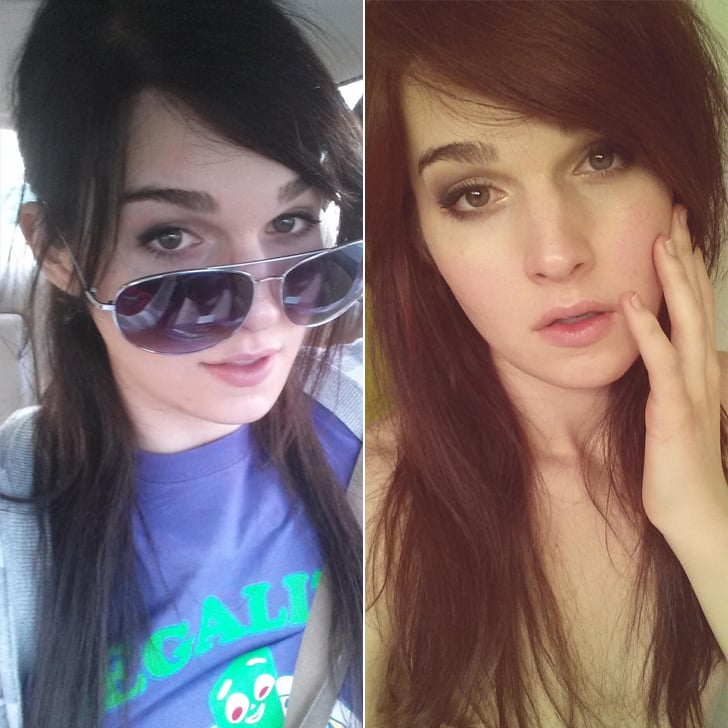 As a kid growing up in small town Columbia, MO, I never met a trans person. I did not know there was even a word that described why I was always playing pretend and imagining myself as a girl. I only knew that I was not like other little boys my age and that my interests in dolls, dresses, and Disney princesses were not "normal." I was often teased and ridiculed for "acting like a girl," and I spent a lot of time getting lost in my own imagination to avoid judgment. It would not be until later in high school that I learned the word "transgender" or would even know that other people like me existed.

I started vlogging when I was 18 during a very confusing time in my life. I had just quit college to focus on building a portfolio for the art school of my dreams, acquired a job at Walmart, and was slowly considering the idea of gender transition. My life was in flux (to say the least), and I turned to YouTube to share my dreams and fears and what I wanted in my future. I suppose, in a way, YouTube helped to keep me grounded. I even came out as transgender for the first time on YouTube.

I also turned to the transgender YouTube community for advice and guidance. I got to see firsthand that no two transitions are the same and that we all start for different reasons and at different points in our lives. I felt it was my obligation to give back to my YouTube network, and I started to document my own journey and share what I knew about the process. From there I gained followers, and I started receiving messages from people all over the gender spectrum for my advice and guidance. It was the first time in my life I ever felt like I had community. My subscribers were genuinely invested in my life. Whenever I began to talk about potential surgeries I wanted to undergo, they were quick to advise me to not overdo things, to do it in the safest and healthiest way possible, and they even suggested potential surgeons. I felt safe on YouTube and loved by my community. So it was very easy to open up about virtually anything and everything.

Fast-forward a couple of years and I received a personal message from some dude asking if I wanted to be in a movie. This wasn't necessarily out of the ordinary from any other strange and suspicious message I received on the Internet, but it definitely seemed worth looking into. I went on IMDb and learned that this "dude" was a rather established director named Eric Schaeffer, who had written and directed movies like If Lucy Fell starring Sarah Jessica Parker. After a Skype conversation with him I was convinced I should go for it.

The first time I read the initial script of Boy Meets Girl, I knew I had to be a part of the movie. Even though I did not have any acting experience, I wanted so badly to help share this story with the world. I had never seen a film represent a trans woman in an authentic and positive way, let alone cast her as the leading role of a teen rom-com. Audiences know all about the tragic, beaten, and battered transsexual hooker, but have they ever seen the self-assured, witty, girl next door who comes from a loving community and just so happens to be trans? Not to mention, people were beginning to talk openly about gender identity, and the start of a "transgender craze" was stirring in the media. I was confident that the timing was right for a movie like this. Playing my character, Ricky, felt like the opportunity of a lifetime.

Trans people need more visibility in the media; the more representation we can attain, the more our voices will be heard. It has been incredible to watch more and more transgender faces appear in mainstream media (Laverne Cox, Janet Mock, Andreja Pejic, and more recently Caitlyn Jenner, to name a few), and their stories appearing through news feeds and in headlines all over the Internet. We are witnessing a revolution, and much in the same way that shows like Will and Grace and The L Word helped to normalize gay and lesbian stories for audiences, I feel trans people are establishing their own momentum. My hope is that one day trans characters will just be another type of character that we see, and their gender identity will no longer serve as a plot point or the punchline of a joke.

Boy Meets Girl has brought me quite a bit of attention, and I am starting to be viewed as a representative for transgender people. It's so humbling and unreal, to tell the truth, but I am thrilled to have the opportunity to contribute something positive to my community. I will be moving to New York City this Summer to continue working as an actor, and I look forward to auditioning for more trans parts in film and television. I would also like to play cisgender roles or maybe even just female characters without a cis or trans specification. But more than anything, I'm just excited to see what I am capable of doing.

Boy Meets Girl is available on DVD and streaming now.