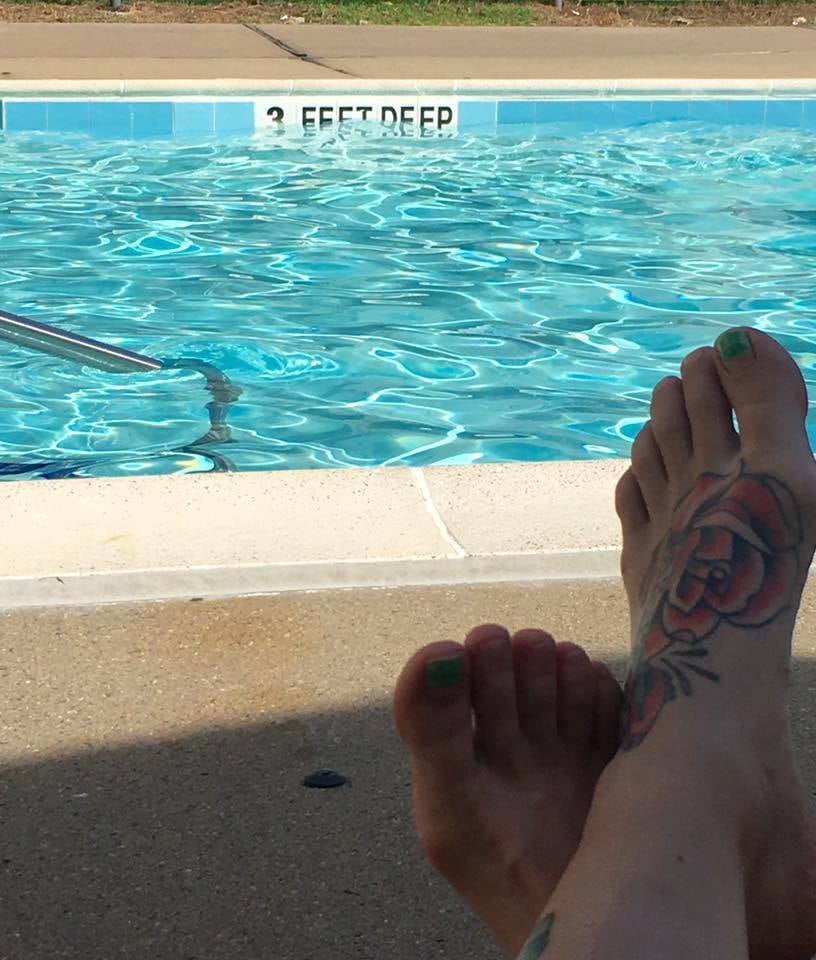 Kim Zapata has been feeling more stressed out than usual and doesn't know why her anxiety is escalating to an almost unbearable level. It could be because of the impending changes in her life, her upset over the current state of the nation, or her insecurities, but this woman knows that there could be another reason for her physical and emotional symptoms.

"Maybe it is just my damn anxiety disorder, but whatever it is I find myself on edge," she shared in a raw post on Facebook. "My heart has been racing and my mind has been chasing after random thoughts and barely formulated ideas."

Despite the 3.3 million Americans who suffer from anxiety, many don't open up about their experiences. This means that not only do many feel isolated as they suffer in silence, but also those who have never dealt with anxiety have a warped understanding of the daily impact it can have on a person. "I am afraid of a monster I cannot see, of a future I cannot predict, and of matters in which I have no control," Kim wrote.

Kim personally knows that each day is a separate battle when you have anxiety. "Earlier today, my anxiety came to a head. I found myself shaking on the toilet, and in tears," she wrote. "I found myself unable to articulate anything. My thoughts, my feelings, everything was just too big. Life suddenly became too overwhelming."

Kim has help in the form of an antianxiety medication, but she often tries to resist taking her prescription. "A little pill which should put everything into perspective. Which should calm my mind and slow my heart," she wrote. "But it is a little pill I often refuse to take. Out of embarrassment. Out of fear. And out of shame. (Ridiculous, I know, but it is how I felt. It is often how I feel.)"

So instead of taking her prescription, Kim sat with her anxiety and tried to work through it. She meditated, focused on her breathing, gave writing a shot, and exercised, but nothing worked. After swimming 26 laps and taking "that damn little pill," Kim started to feel settled and wants others to learn something for her relatable experience:

Make no mistake: anxiety stinks. Depression stinks, and the associated fear, uncertainty, despair, dread, sadness, self-loathing and doubt? It all stinks. But everything passes. With medication. With meditation. With exercise. With counseling or cognitive therapy, group therapy or art therapy, or any other thing which gets you through.

So find what centers, what grounds you. And what pulls you through. And when you need it, go to it. Don't put it off. Don't put yourself down, and don't feel like a pill is giving up. Don't feel like taking "me time" is giving in. And breathe.

Try to remember to breathe.