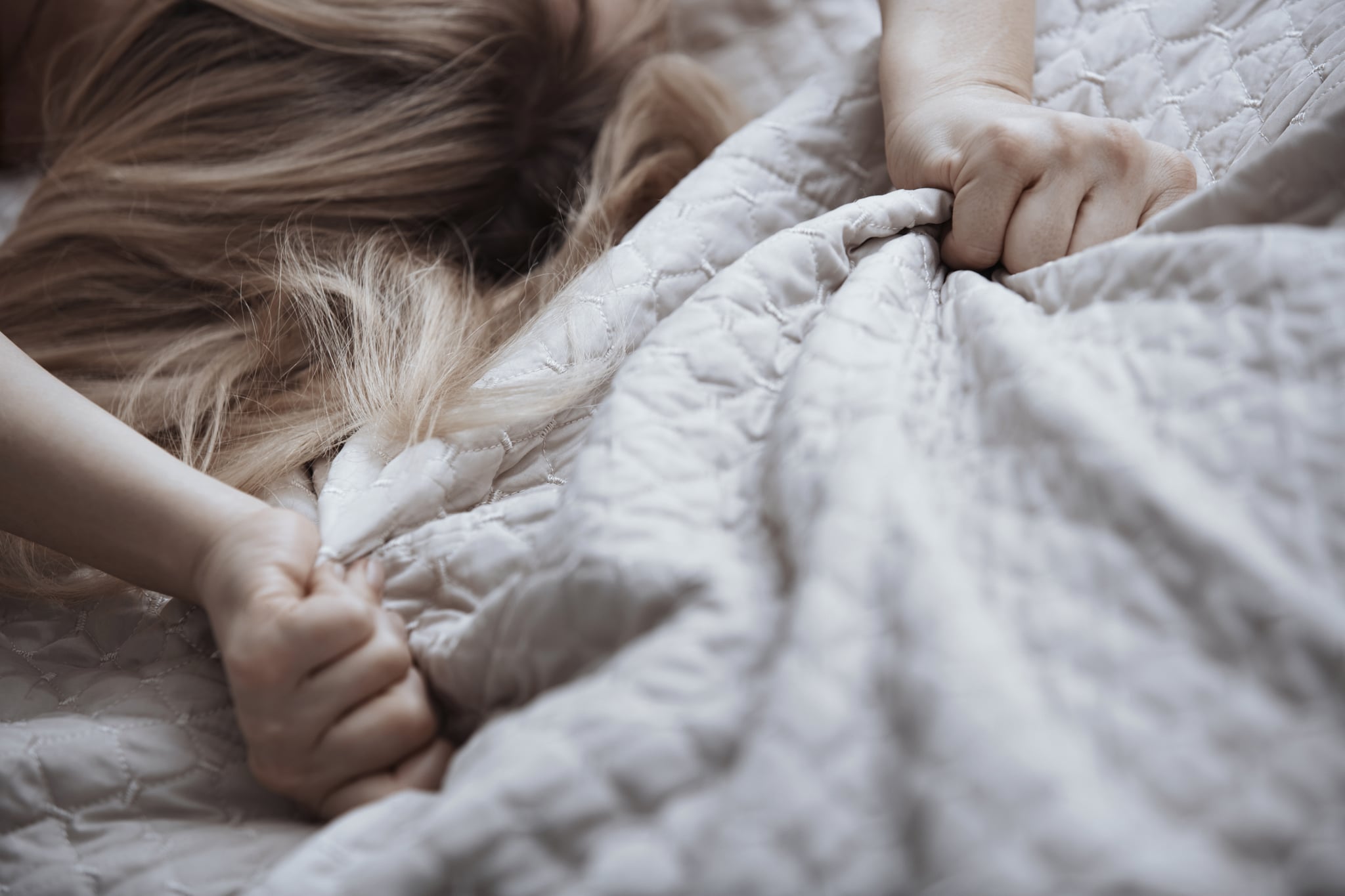 I'm not into smoking weed, but my vagina is all about some THC. Disclaimer: I live in the state of California, where the purchase and use of Foria, a "sensual enhancement" product made of cannabis oil and liquid coconut oil meant for your nether regions, is legal. It's basically weed lube, and it's glorious.

The company says that Foria "brings the power of ancient plant medicine to your fingertips," and let me tell you — there's certainly something powerful going on here. While technically not a traditional lubricant for all intents and purposes — it's more of a "pre-lubricant" — the topical oil taught me what "mind-blowing" really means — and I will never use the phrase so lightly again. While the application of the spray resulted in arousal almost immediately, the greatest (seriously, greatest) effect it had was on the intensity and length of my orgasm(s). I literally was laughing incredulously the first time I climaxed, and I'm pretty sure things like "what the actual f*ck?" and "holy sh*t is this still happening?" came out of my mouth.

Here's the lowdown (literally) on how Foria works — read on to see if it's for you.

The instructions suggest you apply four to eight sprays directly onto the clitoris, inner and outer labia, and inside the vagina, adding that "internal application provides the highest absorption," which I found to be true in my own experiences. Foria works the way it does because the skin of the vulva and vagina are sensitive and highly absorbent. I've experimented with various amounts and haven't found a huge variation in terms of sensation, except that closer to eight sprays with internal application seemed to really do the trick. Really.

Related:
Not Feeling the Magic of CBD? It Could Be Because of This

Each time I've applied Foria, I've noticed almost immediate effects, but they begin more externally/on the surface and then progress to a deeper, more internal sensation. Because it can take between 15 minutes and an hour to get the full effect of Foria, I suggest applying it, then taking part in lengthy foreplay while enjoying the feeling as it blooms. It's described as a "pre-lubricant" because its purpose is to enhance pleasure, not lubricate the vagina. "Weed lube" is a loose term, mainly because it's applied to, and inside of, the vagina like regular lubricants.

My biggest concern about taking Foria was my fear that I would feel high in the traditional sense. I deal with extreme anxiety and have found that smoking or ingesting marijuana (particularly sativa) can cause actual panic attacks. It's something I avoid entirely, because getting stoned isn't worth the risk of inducing my anxiety, something I work tirelessly to keep at bay. Luckily, Foria doesn't work that way, and I didn't feel anxious at all — quite the opposite, actually.

Some reviewers on the site noted their own struggles with pain during sex and difficulties achieving orgasm for years, and they finally found pleasure with Foria. Again, every experience is different, but after using Foria, I am inclined to believe their anecdotes.

Each time I've used it, it almost feels like everything goes warm and tingly down there, and when touched, it's actually so sensitive it almost tickles — in a good way, of course. Foria doesn't necessarily bring you to an orgasm faster (although for some, it can, since it can increase arousal), but it's the grand finale where you really feel major the results. Climaxes are deeper and way more intense than anything I've ever experienced. They feel all-consuming! Orgasms also can go on for longer; it can feel like it's going to last forever, and if anything is going to be eternal, I think we can all agree that an orgasm would be our top pick.

Health and Wellness for Foria Pleasure

While the oil hasn't been evaluated by the FDA, the company says that safety and purity is "of paramount importance." "Our cannabis oil is extracted using leading-edge solvent-free pharmaceutical grade processes that provide extracts in their purest possible form," the site says. To ensure the cleanest and safest final product, the company tests Foria at multiple stages; it tests for potency, pesticides, residual solvents, and microbials. The products undergo something called a "hot-fill" bottling process, allowing Foria to produce a "microbial-free product without the use of artificial preservatives," the site says. The bottom line is that Foria is natural, and the product is made up of two very basic components: cannabis oil and coconut oil.

As with any product, you should always use at your own risk and consult your healthcare provider, because plant medicine, like any other kind of medicine, works differently with different bodies.

Related:
Experts Have Some Very Good News About How Weed Affects Your Sex Drive

To be clear, Foria isn't a product designed to get you high the way that smoking or ingesting cannabis would; it is a topical "pre-lubricant" meant to be sprayed, then absorbed. It is not latex-safe and not recommended for use with latex condoms. While I enjoyed all of my experiences, everyone is different, and it may not be for everyone. It's currently only available in states where marijuana is legalized.

Foria turned me on, it spiced up sex with my partner, and it gave me some of the best orgasms of my life. But it goes beyond that. A sexual enhancement product for women is empowering; it places the focus of pleasure and completion on women and those with vaginas. It's something we can enjoy alone or with a partner, and it is a novelty in that its central purpose is to optimize the female sexual experience. Bottom line? I'll be using it again. And again.

Image Source: Getty / Arman Zhenikeyev
Any cannabis products referenced above are not intended to diagnose, treat, cure, or prevent any disease. The writer is not a medical doctor, and their experience is based on personal use, the results of which may not be typical or intended. The legality of cannabis products varies by state, and readers are encouraged to check their local laws before purchasing and using cannabis products. Nothing in this article should be construed as advice regarding the legal status of cannabis products. Any views expressed in this article by a third-party sponsor are those of such sponsor, and do not necessarily represent the views of POPSUGAR.
SexPersonal EssayMarijuana