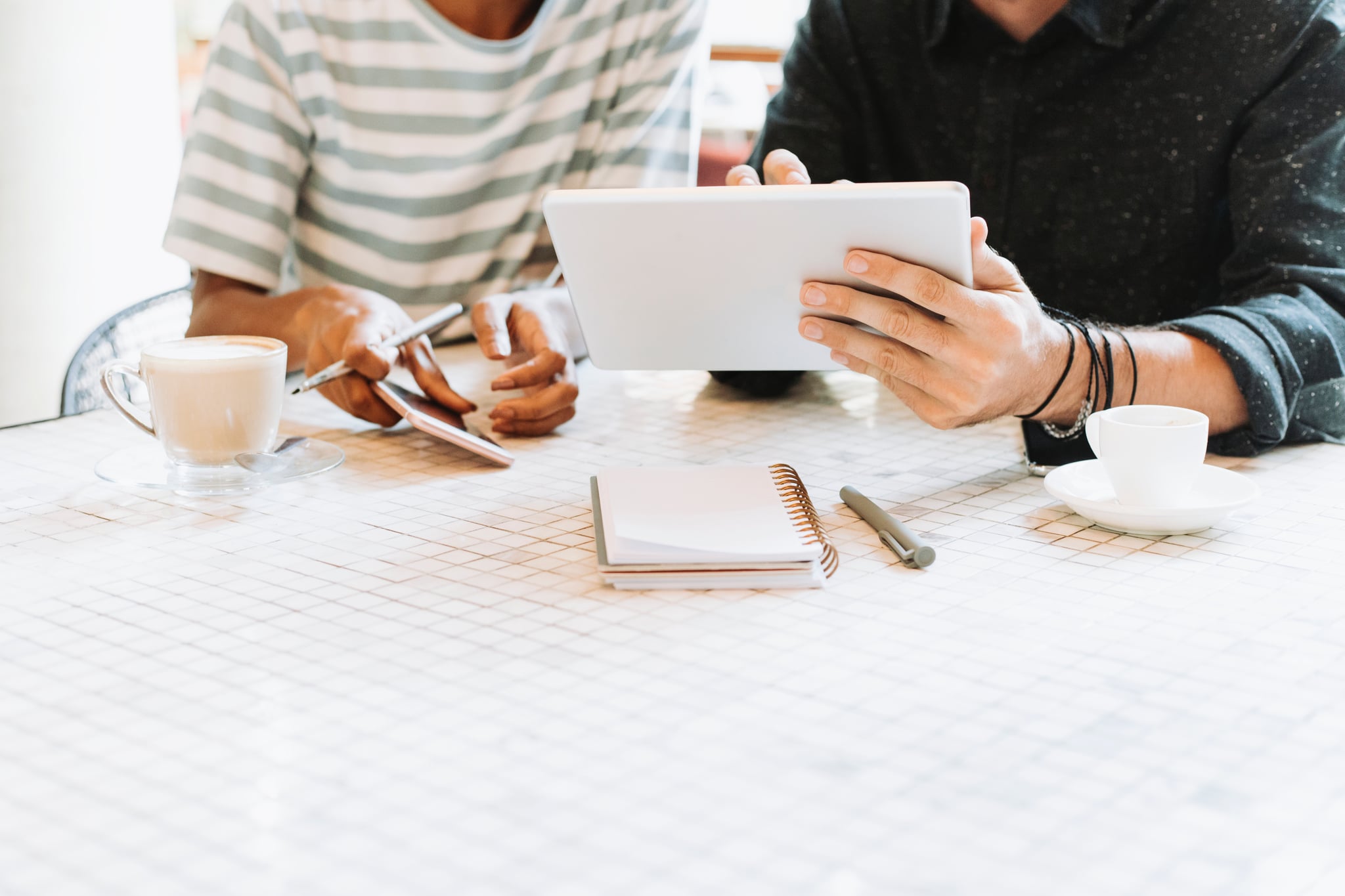 "Oh, crap!" I thought when I first I saw him. A new, very hot guy had started working at my office, and I knew right away it would be a problem. I wanted to go out with him, and no matter how many times I tried telling myself it wasn't a good idea because we worked together, I didn't listen. This guy was so my type, it hurt. After a few weeks of shy glances from the water fountain, our coworker introduced us before the company holiday party. I couldn't wait to talk to him in a less formal setting, and did we ever.

After a few (too many) drinks, I built up enough courage to get my flirt on and ended up spending the entire night getting to know the guy I'd been admiring from afar since he started. He was smart and funny, which only intensified my crush. And he kissed me! I think I floated home, which may have had something to do with my booze intake, but mostly it was because the guy I liked seemingly liked me too. Sigh. Life was good.

Just as I was about to ponder sleeping under my desk to avoid seeing [my coworker], an email popped up. It was from him.

After a very awkward next day of being hungover and slightly avoiding each other, we ended up talking more, and he asked me out. When Saturday rolled around, I was so focused on getting ready and looking perfect that I barely noticed how late he was picking me up. In fact, he was over an hour late. Then two. Then three. He wasn't coming. I'd been stood up.

To say Monday morning was awkward is an understatement. I wanted to hide behind the copy machine. But just as I was about to ponder sleeping under my desk to avoid seeing the guy formerly known as my crush but still known as my coworker, an email popped up. It was from him. He claimed to have fallen asleep the night of our date and was too embarrassed to talk to me. I wanted to tell him where to shove it but instead ended up agreeing to go out with him again. I don't know why I decided to give him another chance, but he actually showed up this time. We had fun and continued our date back at my place.

Related:
11 Signs That You're Being Taken For Granted in Your Relationship

I thought everything was fine, but then he literally never talked to me again. Seriously . . . nothing. Work was hell. He ignored me completely. It was super uncomfortable at first, but the silent treatment lasted so long that we passed uncomfortable and landed on normalcy. To this day, years later, I still don't know why he acted like such a jerk. Thinking he just didn't like me back was bad enough, but having to see him every day was way worse. Good thing we rarely had to interact for work purposes. When we did, I'm pretty sure my face turned the color of the scarlet letter, which I sometimes felt like I was wearing, wondering who in our office knew what had happened.

After that, I vowed to never date a coworker again. A promise I stuck to when a guy in another department asked me out a few months later. I told him I just didn't want to date anyone from work, and he understood. How many people could I avoid on a daily basis?

Related:
48 Ways to Make Your Long-Term Relationship Feel Like the Honeymoon Phase Again

I soon got another job at a new company, and looking back, I really regret letting him make me feel so terrible. I wish I hadn't given him the satisfaction. I hope my story spares someone else from the embarrassment I suffered, and I hope he reads this and finds out I'm now happily married to someone outside of work who loves me and would never stand me up. Ever.

Friendship
Friend Breakups Are Common. How Come No One Talks About Them?
by Andi Breitowich 5 days ago